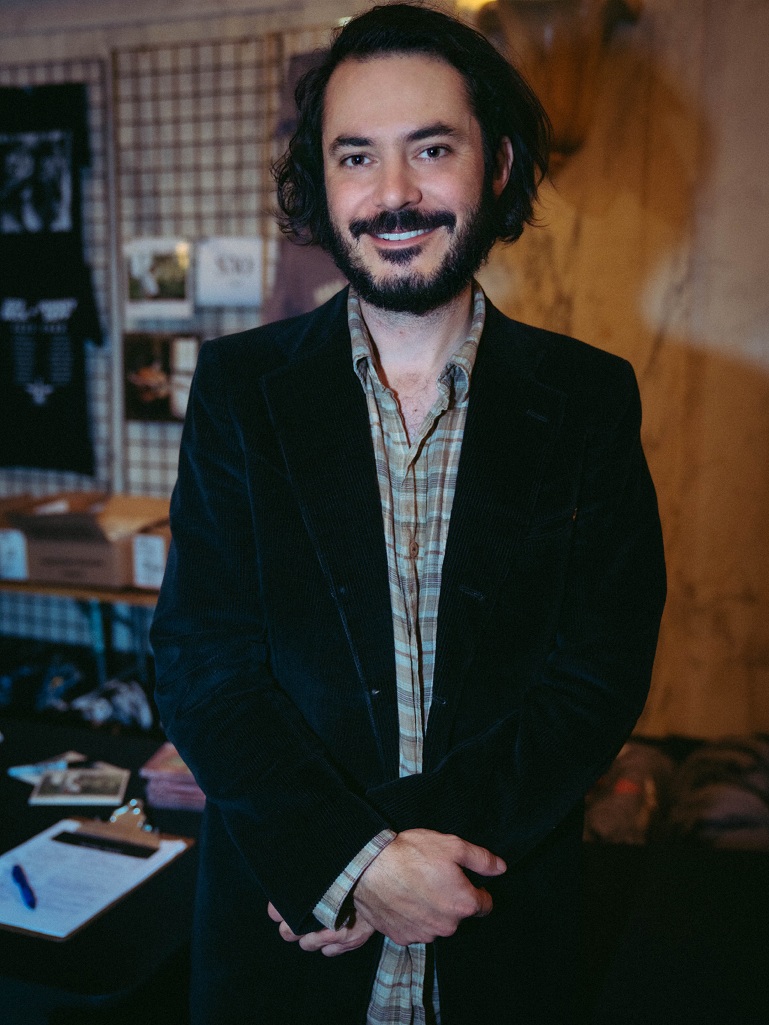 You might as well say downtown Los Angeles resembled a scene out of a John Waters film. It could easily be called, “Cry Baby 2” for the baby boomer generation. Outside the Orpheum Theatre, hundreds of fans lined up on the sidewalks eager to see the collaborative performance of Jeff Beck and Johnny Depp. The historic Orpheum Theatre was the perfect venue for this genre of talent. The theatre has been around since 1926, and has a Renaissance-Baroque aesthetic with an architectural style dating back to the 1830’s.

The show opened with a performance by country-folk singer/songwriter Max Gomez. He performed his song, “Make It Me” with the acoustic sound of his guitar and endearing thought-provoking lyrics. Blues, country, and traditional folk heavily influence his sound. The simplicity of just listening to him with his guitar was refreshing. This is a rising star that writes, produces, and performs his own music. The audience was captivated by his voice.

Half an hour later, Rock and Roll Hall of Famer Jeff Beck walks out in sunglasses, black leather pants with his guitar.Beck is one of the most talented and well-respected guitarists in musical history. In the last six decades, he’s played with the greatest artists in the world ranging from blues to rock. He was welcomed with a standing ovation, and supported by an impressive band including bassist Rhonda Smith, drummer Anika Nilles and keyboardist Robert Stevenson. They performed the first hour of the show; andit was a glorified instrumental jam session the entire audience enjoyed.

Johnny Depp joined the performance in the last half hour of the show, singing three songs. One of which is, “This Is a Song for Miss Hedy Lamarr” and it had this visceral melancholic sound. This was a touching tribute to the late Austrian- American actress/inventor Hedy Lamarr. She was the inventor who pioneered the technology for Bluetooth and Wi-Fi communication systems. Most critics feel there are subliminal messages in the lyrics regarding his trial. However, based on the performance it comes across as a sincere tribute to a resilient woman and how she tackled the conundrum of fame.

The collaboration of Beck and Depp could be best described, as a guitar genius meets a Hollywood superstar that came together and created a plethora of cover songs and some unique originals. Their album, 18 was released in July 2022 and the tour started in September 2022. The 13 track LP is a cover album with a diverse selection of artists ranging from Marvin Gaye to the Beach Boys. The two are clearly having fun and could use this momentum to promote their next album. Their fans are looking forward to more original songs together.

For more information on Max Gomez: