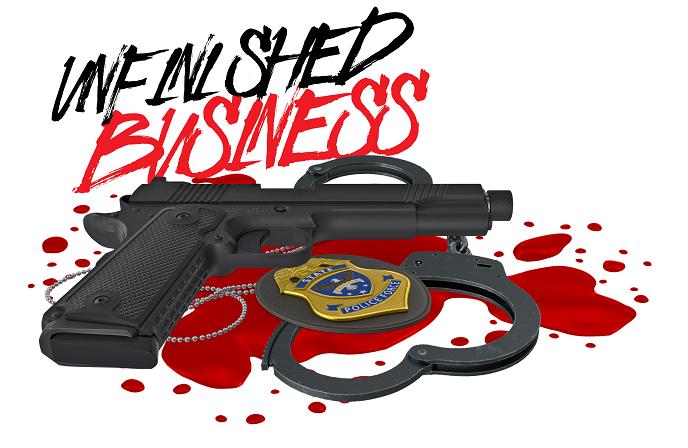 Disrupt Magazine: Thank you for sitting down with us.

Mike Braxton: Thank you, the pleasure is all mine.

Disrupt Magazine: Tell us about your mini-series “Unfinished Business.”

Mike Braxton: Unfinished Business is an American crime drama web series set in Philadelphia. The mini-series focuses on a corrupt Police unit taking advantage of the community. They intend to extort the drug corners and dealers in that community rather than stepping in to apprehend the criminals.

Disrupt Magazine: Wow, that’s pretty heavy. There seems to be a great deal going on, just in the description you’ve given.

Mike Braxton: It gets more profound than that!

Mike Braxton: Sure, as I said, the plot chronicles the illegal activities of a corrupt Philadelphia police drug unit. This unit does everything except serve the community they took an oath to protect. It features police brutality, sex, narcotics, bribes, drug money, murder, and other forms of violence that characterize drug dealing and turf warfare.

Disrupt Magazine: In the times we are currently living in, this feels like art imitating life. Was that something you were looking to convey to the viewers?

Mike Braxton: Yes, it is. Philadelphia and other cities have been dealing with corruption in the department and police brutality for years. In the wake of Black Lives Matter, the citizens are getting tired of the police getting away with these crimes.

A Prime example is Derek Chauvin’s prosecution for the death of George Floyd. That officer had a string of prior allegations of abuse and 18 previous complaints in the Minneapolis Police Department, two of which led to discipline.

Unfinished Business takes viewers on a journey highlighting how brutal abuse can be when those in authority perpetuate it.

Disrupt Magazine: So the plan with the mini-series is to bring awareness to the issues we may have to face at some?

Mike Braxton: Yes, awareness is the critical issue. Understanding the mentality of these corrupt cops is the purpose of the mini-series. Please don’t get me wrong; not all cops are bad. But those who are bad, need the spotlight placed on the negative impact they bring to the community they serve.

Disrupt Magazine: Is there a database available for police departments to check before hiring any officer?

Mike Braxton: Yes, it is. But it is rarely used by police departments and thus far has not been put to use for the good of the community.

Disrupt Magazine: And why do you feel this way?

Mike Braxton: The police unions are opposed to expanding the database of police misconduct. That’s the real issue. It seems they want to protect the officers at any cost. The dirty cops should resign instead of getting fired from the job.

Disrupt Magazine: Public safety and public trust are needed at all levels, would you agree?

Mike Braxton: I agree with you, especially when you hold any public office. If we can’t trust the people who we voted into office and whose salary we pay, who can we trust?

Disrupt Magazine: Where can our viewers view your mini-series?

Mike Braxton: Unfinished Business currently airs via Xfinity (Comcast ch 66/966/967/1070/1071) and Verizon (ch 29/30) in the Philadelphia television market area. And viewers can also catch the show via Fire-Tv and Roku.

Mike Braxton: If you follow current issues that affect our community, please check out the mini-series and stay tuned.

You can learn more about Michael Braxton or find him on social media via the links below:

Successful CEO, Zach Collier, Reveals How He Went From Nothing to Negotiating Multimillion Dollar Deals