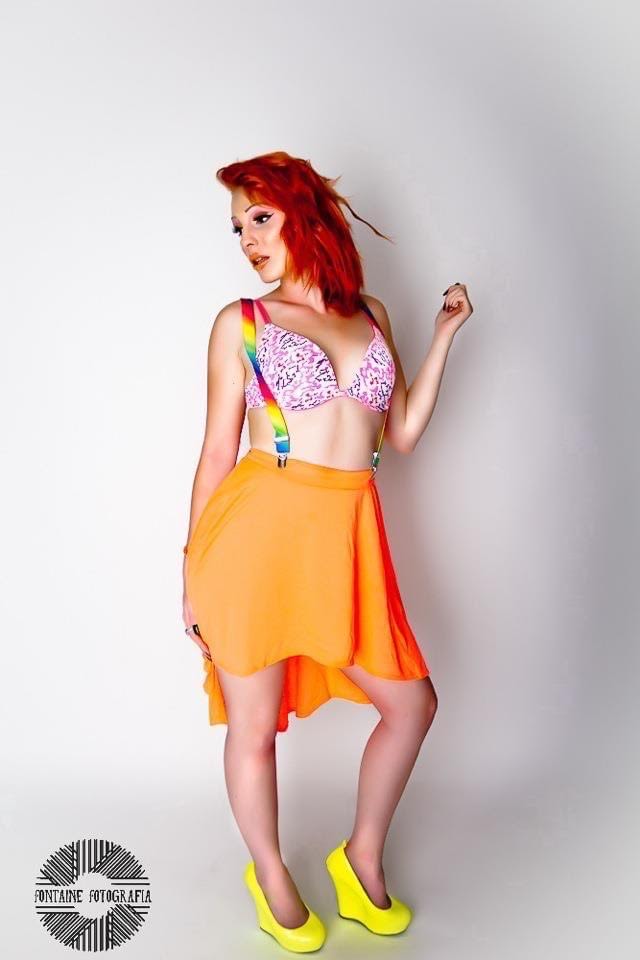 Born and raised in Parkdale, Toronto, Canada, Vanessa Isabella Hawrych, professionally known as Vanessa Vane, is an up and coming recording artist whose music is now available on major platforms such as Apple Music, Spotify, and more.

She is ready to bring a very spicy and energetic vibe to the Toronto music scene.

“I’m Often referring to my sexual nature in beautiful mesh with women empowerment, I never fail to surprise my audience with brave and ‘boasts’ lyricism,” she said.

For most of her life, Vanessa has been building her craft and working towards becoming the best there is.

“At the age of 19, a close family relative encouraged and help get my feet wet. He brought me to studios and introduced me to some artists and promoters. In which I began to do shows around the Greater Toronto Area,” she said.

Vanessa grew up in a struggling neighborhood but she didn’t fall short of her training in music throughout her adolescent and teenage years, where she spent several of those years learning at the Randolph Academy School of the Arts.

“I always excelled in music and was even granted a scholarship in grade school by the Toronto Maple Leafs. As I turned 19, I started to write, and that brought inspiration to start rapping,” Vanessa shares.

She has since released numerous singles such as “Buss Down” and one with a video to another song, “The Spot.”

Every song she makes she considers a success but her short-term goals are only a stepping stone to her long-term vision: achieving a platinum record.

“I’d want people to know my journey has been long and hard and that I am one who stands up over and over again. I am one who doesn’t give up. I am made to create music. It is my purpose,” she said.

In 2021, Vanessa is hoping to expand her fanbase, polish her social media presence, as well as release new music and videos.

On her journey to becoming a popular recording artist, Vanessa learned that “greatness takes time, but time will also take your greatness away if your focus is lost. Giving up is not an option.”

And for those who want to follow Vanessa’s career path, the recording artist from Toronto, Canada stresses the importance of being true to yourself, “abundantly and confidently.”

Watch out for Vanessa Vane as she climbs the ladder of success in the Toronto music scene.