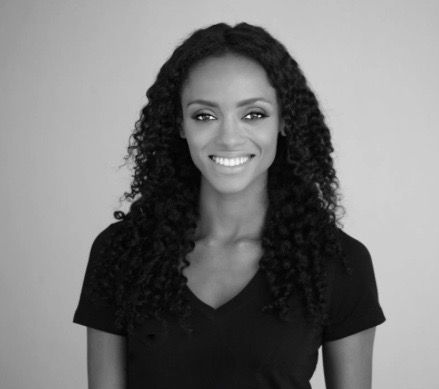 Val Emanuel, is an entrepreneur, mother, speaker, and model rights activist. She is the co-founder of Role Models Management, founded and launched in 2017 when she was 25. The belief behind this company was, “if real change is going to happen, then it needs to happen from within, starting with model agencies and the way they operate.” Val is on a mission to inspire positive change across the industry by creating a platform where models can work with brands that have positive impacts on the world and show what it means to be a Role Model to their models followers.

Val started as a model at the age of two and has since worked in the industry in casting, production, and now as an agent. She saw a real need for positive change within an antiquated industry that needed disruption. Val’s agency became the first ethical modeling agency after realizing there were no agencies bold enough to stand up for models and the environment in all aspects. The agency has now partnered with UN, Remake fashion, and plus1vote, among others.

How Val Managed To Thrive

The following are some of the things that have made Val thrive in the industry;

What are core values? Core values refer to those beliefs or principles that an organization or a person views as central. Val’s agency thrives on core values. These core values include ethics, sustainability, environmental and social justice. Ethics is essential for any organization or business to grow. Role Models agency does not subscribe to the typical fashion industry size 00 formula and they also educate their influencers and entrepreneurs on sustainable practices, as Val and her Co-founder Anne Therese have recently started acting as business managers for their clients.

Role Models works mostly in commercial, print, and influencer advertising and they pride themselves on working with sustainable companies who are putting the environmental concerns on the same level as their designs. It’s one of the reasons many models come to Role Models, to work with brands they believe in.

Every year Role Models has an important event, a Goal Setting/ vision board party where their models get together to envision what they want to accomplish and what they want to work towards. Their fearless leader, Val, has always put goals that are not just about personal gain, but also goals on how she can make opportunities for others at the forefront of her business philosophy.

For the first two years, Val desired to scale. She had a dream and wanted to live to fulfill her dreams. When she founded her agency in 2017, together with her Co-founder Anne Therese, the agency began coming to life. The duo endeavored to grow the agency stepwise but steady. Today, Role Models Management’s growth is a result of the flexibility to meet client’s needs and their very diverse roster of influence and models all over the world.

Why Val’s Ethical Agency Is Shaking The Industry

Role Models agency has been at the forefront of promoting health, diversity, and sustainability in fashion. And guess what? They have achieved this mission by creating a fair, equitable, and more fulfilling industry where models are given the knowledge to empower them and become great agents of change.

Their roster of inventors, teachers, athletes, mothers, and activists work to create positive change every day to their collective millions of followers and there are no limits to what they can accomplish as a team. What started as a dream for Val and Anne has now become a modeling agency changing the game for all. Another lesson you can learn from Val’s success journey is grabbing an opportunity as it arises. It came as one phone call for Val, and she was united with a lifetime business partner. That small act of faith turned into an agency that now connects with thousands of like-minded positive change-makers daily!