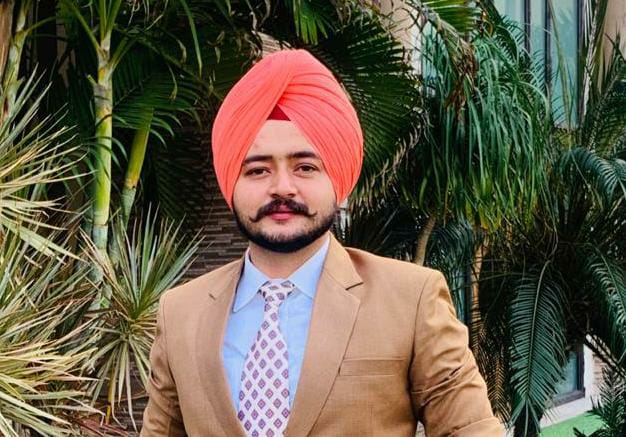 Varinder Singh Khosa belongs to Moga, a remote place from Punjab. He was born on 8th September 1993. He did his basic school education in his village. Later on he decided to be a science graduate from the Punjab University.

After doing his graduation in science (non medical) he was inspired by many high ranked police personnel and decided to join the civil service.

Varinder Singh Khosa Started preparing for UPSC (CS) exams in the year 2016. He has been appearing for three times for the UPSC exams. But couldn’t make it. And at the first attempt in the Punjab Civil service, in which he rank 25. He Scored the 25 rank in the Punjab Civil Service Exam in the year 2018, and has been selected as Deputy Superintendent of Police in Punjab Police.Although this looks very easy, the entire task was absolutely not as simple and it took him a lot of training, learning and practising to reach this place.

According to Varinder Singh what motivated him to prepare for the exam is that, this exam gives you the authority to find solutions to the problem of the common people. He says apart from study you need a mentor to guide you through out the way. This journey can be very long sometimes but don’t lose hope and believe in yourself. Determination and dedication will lead you to your goal. He suggests that the NCERT books are very helpful for your preparation. apart from that he suggests that newspaper reading is must. He used to study 8 to 10 hours daily but this depends upon the ability of your grasping power. He also mentions that the study of IAS and PCS preparations are quite similar,the patterns and the syllabus to are nearly the same. As we know everyone learns from their mistakes, so keep a mentor near you, so that you can learn from their experience and they will guide you not to repeat the mistakes which have been made by many others.

Varinder Singh Khosa says that never underestimate the power of your dream. Rejection is actually a redirection. Once you have step out for the journey do not stop, till you reach your goal. Keep on motivating yourself in all situations. He has been saving lives of seven people by donating blood and helping out people during the covid-19 lockdown. Varinder is a big fan of Yuvraj Singh and he adores APJ Kalam for his profound ideologies. He has a dream to create an image of a good police officer, who can help people in need. He believes in honesty liberty and freedom.

Varinder Singh Khosa comes from a farmer community and his struggle, hardwork and determination has reached him to this position, where he stands proudly leading the Punjab Police. He is a famous figure in the whole Punjab with a massive number (14.7k followers on instagram) of followers on the social media platform.

Related Topics:Varinder Singh Khosa
Up Next