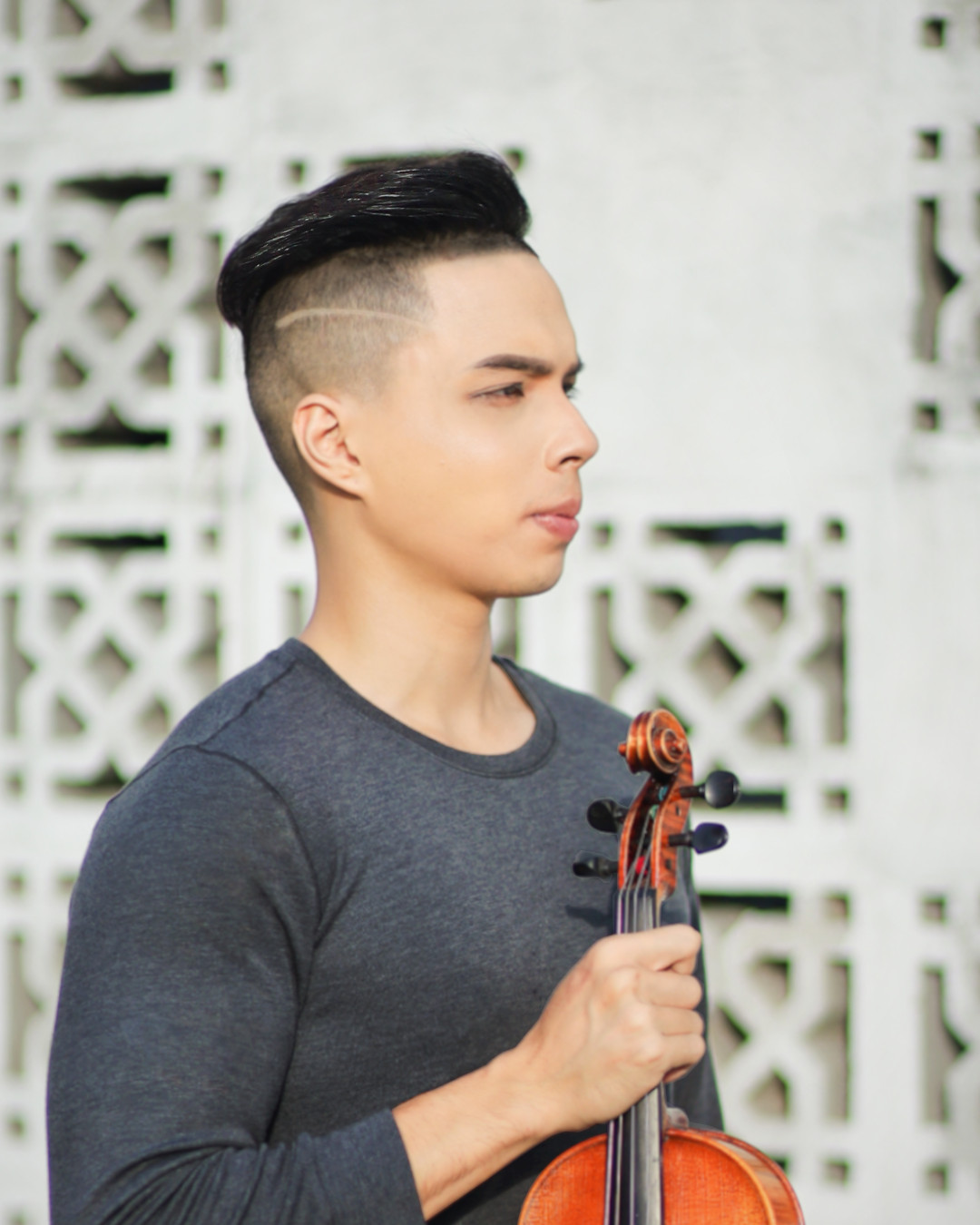 If you have an ear for music that is slightly different, slightly off the beaten track, maybe you should give Martin Looi’s new EP a listen? It’s not often you hear a violin piece set to hip-hop, reggaeton, or R&B rhythms, but you will here. This music is fresh, innovative, and different.

Martin Looi is a young Malaysian violinist who seems determined to walk the road less travelled with his instrument. Titled Maddy, his five track EP was recently released to streaming platforms.

Looi has a degree in music and audio engineering which allows him to play around with his tracks once recorded. He mixes ordinary acoustic violin with software plugins and additional effects after recording. This means that his violin doesn’t sound out of place on the smooth jazz of Songbird, nor the Spanish guitar sound of Bowin’ Bars.

The EP opens with the 1930s jazz sound of Getaran Jiwa, a cover of P Ramlee’s classic from the 1960s. But this EP is more than a homage to Grapelli and Reinhardt.

Good Ol’ Bounce sounds like it wouldn’t be out of place in the current charts. It’s a completely fresh and modern track, shaking up what was previously considered standard for R&B and g-funk sounds.

Bowin’ Bars has a Spanish feel, sure to get listeners’ fingers or toes tapping. It employs the violin’s full range and probably some electronic wizardry too, as it sounds more like a Spanish guitar than a violin at times.

Songbird is a smooth cover of Kenny G’s song, the violin crooning in the same way that the soprano sax did on the original.

Final track Lil Latina is not a cover of Wes Devine’s composition, but comes from the same corner, musically speaking.

Martin Looi is still young – he’s still in his early twenties – but he graduated from music school firing on all cylinders and determined to make a name for himself in the music world. He studied in Australia and has subsequently played alongside many of Malaysia’s biggest pop stars. In his own work, he’s always pushing boundaries, looking for unusual mixes and effects. His skill as a producer means he knows how to mix a tune to make it sound appealing, as well as how to achieve any added effects via software plugins.

There may only be five tracks here but it’s enough to give a flavour of what Martin Looi is capable of. His Instagram account currently has over 10,000 followers who have already discovered this. He uses it to share news about songs he’s working on as well as information on other violinists. He also has a TikTok account, plus listings on SoundCloud, Apple Music and Spotify.

Related Topics:Martin Looi
Up Next

Adamo Introduces A Belt For All Ages With Magnetic Fastening System

An artist in the truest form- Magnum314