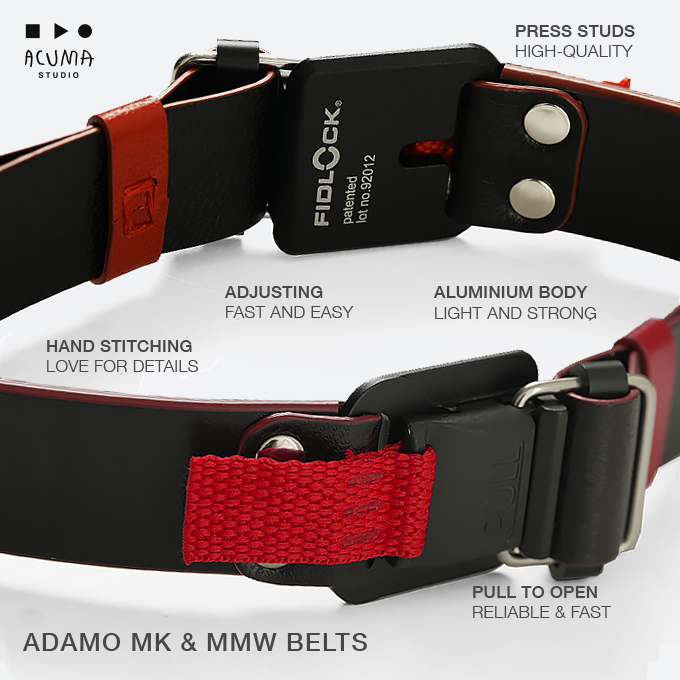 Adamo’s Unisex Belt is a hand-stitched luxury belt for all ages. It makes fastening super easy for someone as little as 3 years old, compliments well with any outfit. It can be adjusted 20 times better than a regular belt.

Often treated as the most neglected item in wardrobes, belts still do the most important job of keeping the pants in place, pulling the entire look together. However, the current options for belts in the market come with a huge shortcoming; the worst kind of buckles.

The current buckles make it difficult for kids to open and close the belt and most of the time create adjustability issues as well.

Seizing the opportunity, Adamo’s Belt delivers value in terms of functionality and aesthetics unlike any other option in the market.

The belt comes with the most reliable and resilient magnetic fastening system called Fidlock Buckle, which is usually found only in luxury products and is designed to fit all ages.

Created by the multi-disciplinary designer Alexandru Adam, the Adamo Belt is easy to wear and easier to take off by just putting on or pulling off a magnetic strap.

It is designed to be 20 times more adjustable as compared to a regular 5 holes belt with micro stops on every 10 cm. Moreover, the high-end details and three color options make this belt the right choice for fashion statements as well.

Adamo Belts are composed of full grain vegetable tanned leather that makes the belt long-lasting. With that, the belt is tied up with the finest nickel-free hardware. The adhesives used to make the belt are water-based as a conscious choice for the environment.

Buying an Adamo belt for a child would mean that one is going to be enough for their entire childhood. The belt will continue to fit perfectly well for ages between 3-12 years, irrespective of the changes in one’s weight. The durable materials used also allow users to pass one Adamo belt to another child after years of wearing it.

The brain behind Adamo Belts, Alexandru Adam is the recipient of many reputable design-related accolades around the world including the Manolo Blahnik Design Award and IFF Thierry Mugler award. In 2016, he co-founded METIS LONDON which later became ACUMA STUDIO to introduce casual wear based on the combination of traditional craftsmanship and luxury goods manufacturing.

Adamo Belts is ACUMA STUDIOS’ first flagship product that is also live on Kickstarter to create a bigger impact with the help of other people.

Retreeb And Adam Putting Their Mark On The Blockchain World

Ali Khan has been a staff writer for The USA Times for the past two years. He enjoys writing about various topics including Tech, Money and, Business. He loves covering topics related to startups and often writes about serial entrepreneurs. In his free time, he likes to play Chess and Tennis.