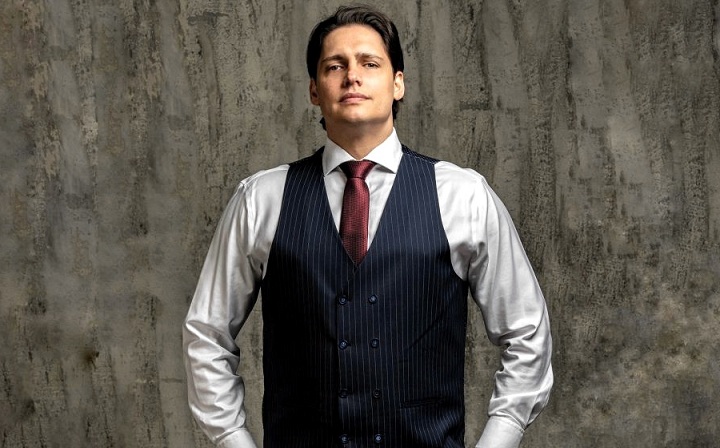 Technology and disruption are the keys to success in today’s fast-paced digital world. Wayne Strydom, Chief Innovation Officer of CG Tech understands, better than most, the importance of matching the right tools with the right team to build innovative solutions that are not just transforming the challenges of today, but also pre-empting the potential challenges of the future.

Wayne Strydom’s journey, from a mechanical engineer in South Africa to a UK-based CIO and technology leader in CG Tech’s digital skunkworks division,The Virtulab, illustrates the capacity to evolve; a trait that aligns with the overall vision of the CG Tech leadership team. Led by Chairman Niall Carroll and Chief Ecosystem Officer Jason English, CG Tech is an investment holding company with a global presence and a successful portfolio of subsidiaries operating across a wide range of industries.

Originally brought in as a contractor to Prommac, a CG Tech subsidiary, Strydom’s relationship with the company quickly deepened, moving him from his native South Africa to the United Kingdom in 2018.

For Niall Carroll and Jason English, the value in bringing a talent like Wayne Strydom into the CG Tech fold was obvious from the early stages. A member of the MIT Innovation and Technology Bootcamp, Strydom is plugged into the global networks that allow him to maintain a finger on the pulse of emerging technologies. From 5G to blockchain technologies, robotic process automation and AI, Strydom’s links to global technology leaders keep him a step above the rest.

“At Prommac, we were able to implement simple solutions to solve the most essential problems,” explains Strydom. “We introduced motion tracking and radio frequency identification tech to efficiently manage our large workforces, along with virtual training and simulation technology and drone-based surveying.”

For Carroll and English, it was clear that Strydom’s unique approach could be leveraged across the entire portfolio. Creating a new role within CG Tech, Wayne Strydom became Chief Innovation Officer across the group, taking on the responsibility of solving the digital and innovation challenges of each of the subsidiaries.

The division Strydom began supporting in those early days would eventually go on to become The Virtulab. Here, Strydom and his team worked on ways to identify challenges the other subsidiaries might be facing and leverage the latest technologies to help solve these emerging challenges.

“It’s often a two-way street for us,” says Strydom. “We’d either be approached with a problem, or we would approach with a compelling technology, and look at how we might use it.”

The new CIO’s distinct skill set drove significant improvements in productivity, affording CG Tech’s subsidiaries a competitive edge in the market. But it soon became apparent that the solutions could solve a greater challenge in the market, with the in-house solutions they built ending up becoming productised offerings. One of them is Virtuservices. Part of The Virtulab’s core offerings, Virtuservices utilises a wide toolkit of virtual digital technologies to develop bespoke solutions to specific industry challenges.

While solving challenges within their own portfolio, Strydom and The Virtulab team were simultaneously developing a core set of intellectual property that would lead to standalone products, ready to serve the larger outside market. One of those was a remote learning and meeting platform, known today as Virtuworx. Today, the Virtuworx platform is helping businesses to transform the way in which they work, offering clients a custom-built virtual world that’s adding value and, perhaps more importantly, fun to remote work and live event challenges.

Behind the success of Virtuworx is a highly specialised yet somewhat unconventional team. Under the tutelage of Strydom, a young and hungry group of individuals has grown into a specialised unit that prides itself on thinking outside the box.

In today’s environment, the market is so wide, and the services needed are so varied, that it takes a particular type of thinking. The team at Virtuworx is comprised of specialists, members with deep subject domain expertise and generalists, coming together to bridge the divide across multiple disciplines. As the global switch to remote work happened last year, the team honed in on the necessity to create a platform that could be both fully immersive (the avatar-based Virtuworx IMMERSE) as well as being accessible to those without a PC or Mac in front of them (Virtuworx CONNECT).

“We are incredibly proud of the Virtuworx team,” says David Cummins, Executive Director at The Virtulab. “Wayne has built an incredible crew who have worked tirelessly, especially over the last year, to develop a platform that is both immersive and available to those on the go. Making us one of only a few who are able to offer both.”

The importance of the “team” is something both Strydom and Cummins continue to bring up in conversation. Making it evident just how important their people are to every project they take on. For Wayne Strydom, picking the right person to work with is paramount to success, and he looks for more than just skills during the vetting process.

“For me, I believe in a 50:50 skill set, 50 percent skill and 50 percent attitude. Team fit is really important, especially when we’re dealing with so much that’s unknown. The right personality makes all the difference when you’re facing an unknown challenge,” remarks Strydom.

It’s a philosophy closely followed by all of the CG Tech companies. In fact, CEO Jason English is known for his unique take on company culture, instilling a solid vision across the board to ensure every member inherently understands their purpose within the larger group dynamic, something he refers to as “The Oros Effect.”

Company culture combined with a digital-first approach to traditional sectors is helping CG Tech as they seek out and execute new value contexts. With a firm resolve that organisational and human challenges can be compellingly resolved through technology, Wayne Strydom and the Virtuworx team are leading the way to further group success in the future.

Mindful Media’s Editor-In-Chief, Sarshar Hosseinnia, Is Changing The Face Of Journalism One Story At A Time