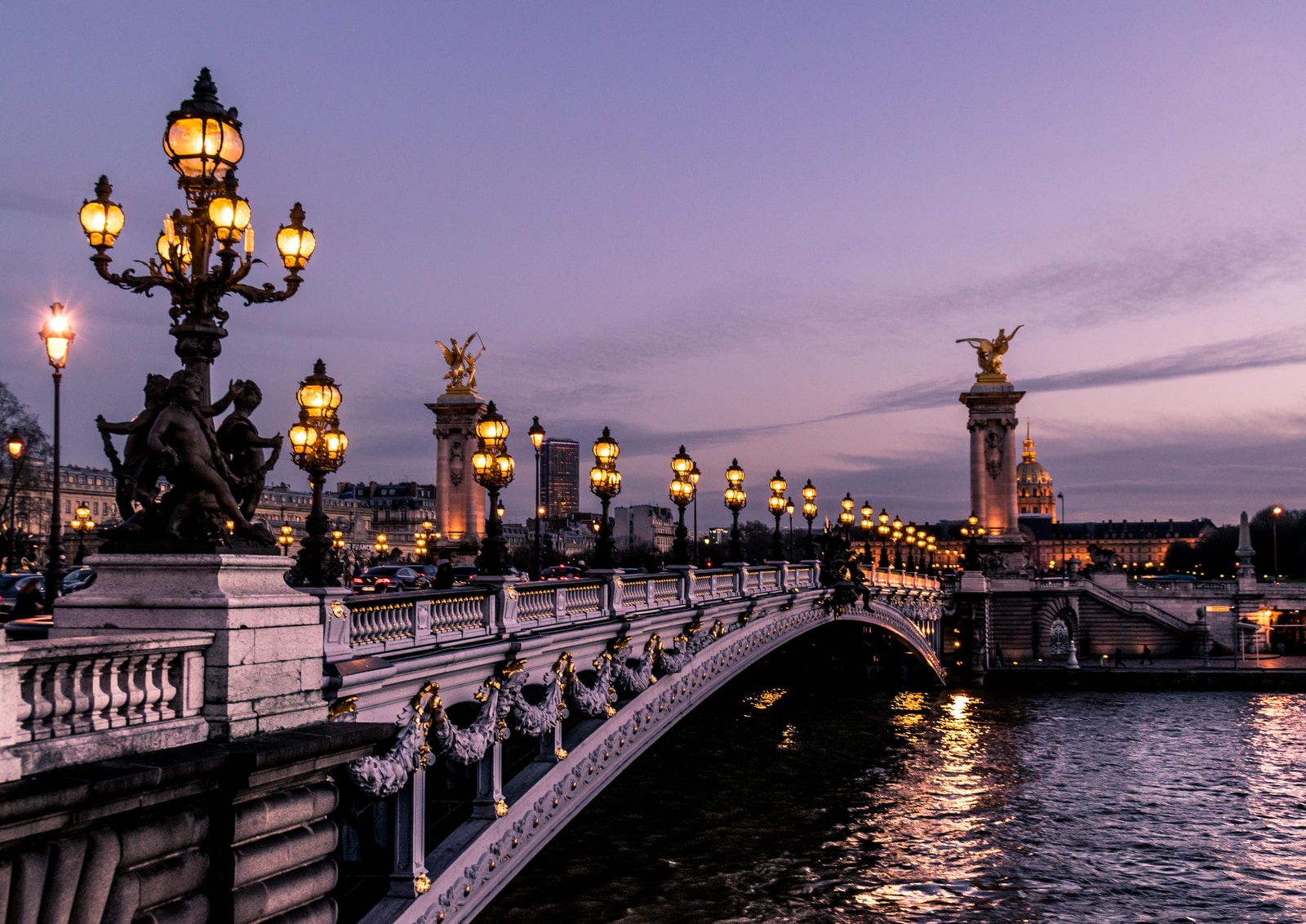 If you ask anyone to list the world’s most iconic cities, Paris is going to be in everyone’s top five. The tough thing with such a culturally-rich city is that it’s impossible to see all the sights in one day. There’s just not enough time!

That said, there’s still plenty of time in a day to visit Paris’ most iconic landmarks. Here are a few must-see locations that everyone should see on their first time in the City of Love.

The Île de la Cité is a large island, located in the middle of the river Seine, and it’s a great place to start your Paris tour for a couple of reasons. First, it’s smack in the middle of the city. So no matter what else you want to visit, it won’t be far. Second, the island itself is home to some of Paris’ greatest architectural treasures.

First and foremost, you’ll find the Notre Dame cathedral. In better times, you could tour the interior and soak in the Gothic architecture. Unfortunately, a fire broke out during roof repair on the cathedral in 2019. While the main structure and most of the artwork were spared, the roof was almost entirely destroyed. Repairs are in the works, but for the time being, you can only view Notre Dame from the outside.

Nearby, you’ll find a less-known but equally impressive building, the Sainte Chapelle. This is a smaller, older church, built way back in the 13th century, and the interior is absolutely stunning. The walls are constructed with strong vertical ribs, with huge stained glass windows in-between, stretching almost the entire height of the building. That said, because it’s a smaller building and Notre Dame is closed, you can expect long lines; try to get there around 15 minutes before the building opens. Also, keep in mind that the Sainte Chapelle charges an entrance fee.

Walk Past the Louvre to the Tuileries

From the Île de la Cité, head along the river’s north bank to the Tuileries. That’s your ultimate destination, but there’s a lot to take in during the half-hour walk. If you start by walking to the northwest tip of the island, you’ll be able to cross over the Pont Neuf, which is the oldest bridge in Paris. Looking from there down the left bank, you’ll see the Eiffel Tower rising in the distance.

Shortly after leaving the bridge, you’ll see the Louvre Museum on your right. This imposing building was originally the French king’s royal palace, until Louis XIV moved his court to the more rural palace of Versailles. Now, it’s perhaps the world’s greatest art museum.

The bad news is that if you’re going to see the Louvre in a day, it’s going to literally take the whole day. So keep on walking, but take a look at the famous glass pyramid in the Louvre’s front courtyard. Just because you don’t have time to see the Mona Lisa doesn’t mean you can’t snap a selfie here.

On the plus side, you can keep walking to the Tuileries Garden, which is Paris’ oldest park, and one of the oldest public urban parks in the world. Originally created as a private royal garden in 1564, it has been open to the public since 1667. While you’re here, take the opportunity to grab a snack from one of the Tuileries’ many food vendors.

Enjoy the View From the Eiffel Tower

From here, you can continue down the river to the Pont Alexandre III. As you cross the river, you’ll see a golden dome straight ahead of you. This is the dome of Les Invalides, an old military hospital and a modern museum. You can keep going up the main road if you want a closer look.

Otherwise, continue down the river until you get to the Eiffel Tower. If you prefer, you can walk two blocks south to the Rue Saint-Dominique, and follow that road instead. This will take you through a restaurant district, where you can again take advantage of the local cuisine.

From here, you can follow the Rue Saint-Dominique all the way to the Champs de Mars, a large park in front of the Eiffel Tower. Just remember that if you want to visit the top of the tower, you need to book tickets well in advance. If at all possible, have your date and time booked at least 60 days in advance.

When you’re trying to see Paris in a day, you want to get the most out of your visit. If you’re hauling luggage around with you everywhere you go, it’s going to slow you down. Not only that, but your arms will get tired. Instead, look for one of the many available luggage storage Paris services around the city. They can hold onto your stuff for you, while you enjoy the sights.

Few Things You Should Know About CBD Flower