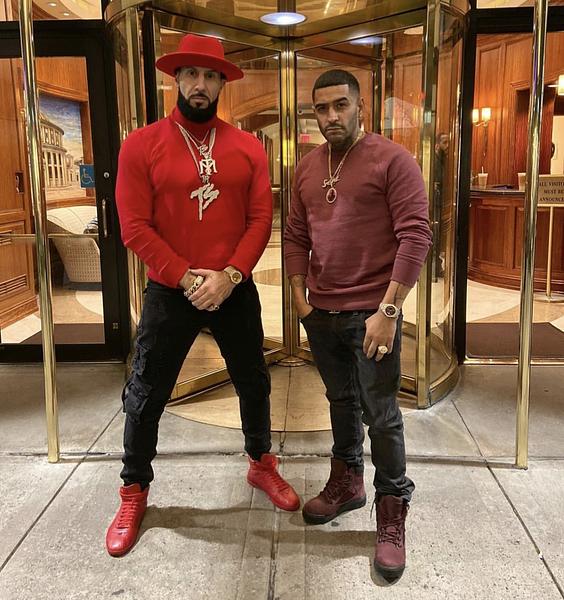 The athletics, cannabis, and music industries are all huge spaces. Global sports alone is worth $620 billion today, while the cannabis industry is valued at $20.73 billion. The Marijuana market is projected to hit $111.32 billion by 2028. On the other hand, the music industry is worth $31 billion, according to a new study by PricewaterhouseCoopers.

These three have unique similarities, with the common denominator being the ‘street culture.’ Antonio Para discovered this distinctiveness and has been trying to bridge these three with his business model. “Don’t work for money; instead, provide a great experience for your customers.”

Tony has been in hip-hop music for twenty years. In the marijuana world, he owns a multimillion-dollar cultivation farm in Oklahoma and is developing his street trending, Ferrari Runtz, to the top of the charts and furthering his influence in connecting the rap industry and cannabis lifestyle.

Coming from nothing, Tony has traversed a risky path to be where he is today. At ten, he was already gang affiliated and four years later started robbing people with a pistol. At that tender age, he was already illegally transacting cannabis.

Tony had to grow up fast. At 15 years old he was driving a low rider on gold Dayton before he had a license. Shortly after he did time in juvenile hall and then county jail. It was a natural process in his neighborhood to go from selling weed to graduating to selling cocaine. Doing so all while playing baseball, which was his all-time passion and ultimately what kept him alive. He did this until he got an elbow injury and couldn’t play baseball anymore, yet it served its purpose, it got him out of the ghetto!  However, the ghetto was still in him and Tony strived from his underworld connections. These connections made him learn words such as responsibility, respect, and hard work, things that helped him turn legitimate and developed a dream into a multimillion-dollar business, all by connecting personal and business relationships in the music, athletic, and cannabis communities.

Scaling The Heights Of Success

Today, Tony is the Chief Executive Officer of Tony Montana Exotics. His marijuana has blessed the lungs of some of the biggest names in the hip hop industry, from Migos to Lil Wayne, Diddy to Rick Ross.

As a Terror Squad member, Fat Joe is someone that Tony is always in contact with and has looked up to as a brother for guidance and support.  He was present when Fat Joe worked with the most talented musicians in the rap, hip hop, reggaeton, and R&B genres.

Today, Tony is a leading figure in cannabis culture and looking forward to disrupting the global market from the West Coast to Eastern Europe!

Tony’s success has resulted from passion, patience, persistence, and the spirit of wanting to learn more. His hard work has also contributed to his success.

For more information about cannabis, music, and athletics, you can connect to Tony.

Carol Collins’ Pathway To Channeling Through Her Workshops