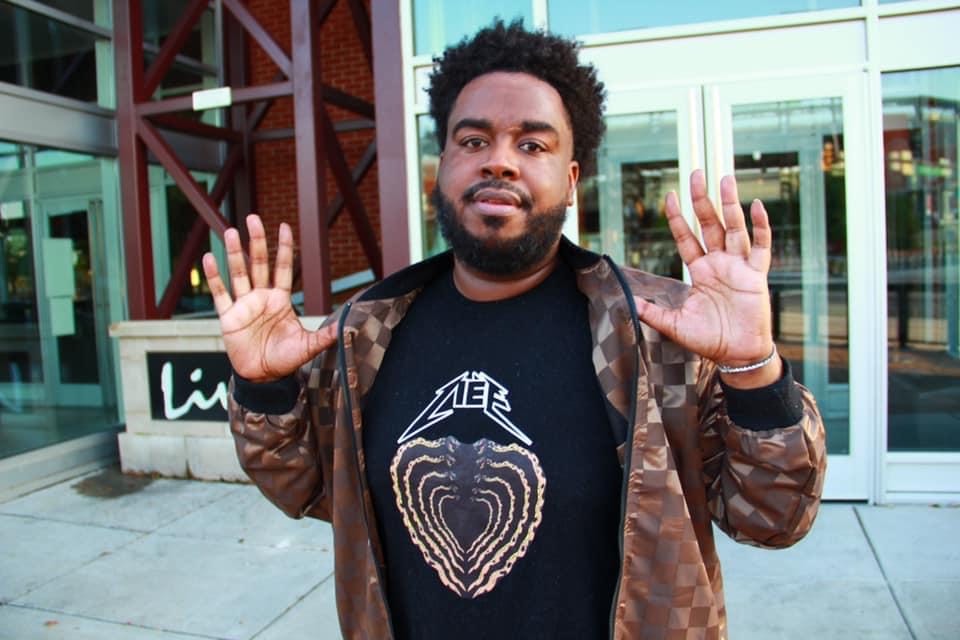 Talented artist B.Rashaad from Philadelphia, PA is looking to leave his mark in Philly’s vastly rising hip-hop scene. He is steadily becoming a staple and a favorite throughout the tristate area. With his razor-sharp bars, gut-wrenching lyrics, and an unorthodox delivery, B.Rashaad paints a vivid yet unapologetic image of not only his reality but those that plague his community. This artist is ready for anything when it comes to his career.

His single entitled “Ambitionz” grew his buzz tremendously both locally and nationally for its realness. He has proven to also hold his own amongst his peers throughout the tristate while garnering the respect of several legends there as well. Check him out he’s been putting in his time on his musical career and it shows! B.Rashaad has proven musically that he can’t be placed in a box and shows a diverse skill set. On October 11, 2020, he released his album titled “1626”. We had a few questions for B.Rashaad to get to know him more…

Lewis Schenk: When did you start your musical career?

B.Rashaad: “Officially I would say 2008. My first song was called, “Well Damn” and it featured the biggest artist in SC at the time, my bro Snook da Rockstar (“Models” ft. Lil Boosie) and my cousin T-Cutty (I-26). Snook is a stand-up guy who loved to record and didn’t charge me a dime and I still appreciate homie to this day for that. My cousin Cutty was instrumental in putting that play together for me, he heard the record and said Snook had to be on it!! That record set the underground scene and strip club scene on fire.”

Lewis Schenk: How do you define your sound?

B.Rashaad: “I would define my sound as real, raw, and in your face. I don’t sound like anyone and sonically my guy Dunny (Heavy Music Studios) has helped me separate myself with his skill set. To be working with a legend like him and to actually have a friendship outside of the music has helped tremendously in crafting my sound. I work mainly with Grammy-winning producer duo Ric and Thadeus (They produced my biggest record “Ambitionz”) Jay-O Luciano (1626 Intro) (Credits include Gucci Mane, Yo Gotti, Chief Keef, Young Scooter, Metro Boomin, and many more) and Beats by Big War (“Real Sh*t” Pt. 1 and “Better Days” ft. Zaid Ali).”

Lewis Schenk: What are you currently working on?

B.Rashaad: “My new project “The Premonition” will be released on all major streaming platforms and available for purchase on September 4, 2020.”

Lewis Schenk: “Who did you look up to growing up and why?”

B.Rashaad: “I looked up to my mother growing up. Seeing her struggle with three kids at 20 years old and never make any excuses lit a fire in me. We didn’t have everything, but she did her best to make sure we did. Also, my Grandmother’s and Aunt Erika. They also helped mold me and helped my mother while she tried to better herself. I’m forever grateful and thankful for them. Rell (formerly of Roc-A-Fella) is a very close family friend that I looked up to as well. I saw him achieve success at an early age and maintain it. He accomplished a lot and it motivated me to want more than just a 9-5. Seeing someone you consider a big brother sign to Roc-A-Fella and do legendary things definitely set a fire in me.”

Lewis Schenk:: “Have you performed yet? If so where?”

B.Rashaad: “Yes plenty of times, at the TLA in Philly and also several venues in the Southeast when I lived there.”

Lewis Schenk: “What do you think about music now versus music years ago?”

B.Rashaad: “I don’t knock younger artists because it’s a completely new day. I respect the grind and everything with their culture. Me, personally I stay in my lane and in my age bracket. I grew up on Big, Hov, Jadakiss, The Major Figgas, State Property, Jeezy, and Rick Ross, so that should give you an idea of my influences.

Lewis Schenk: “What made you want to become an artist?”

B.Rashaad: “My story honestly. I’ve been through a lot and I’ve seen a lot. I have a story to tell for sure.”

Lewis Schenk: “Is your goal to stay independent or to sign a deal?”

B.Rashaad: “In this day and age once you find your footing and a solid fanbase, you can stay independent. That would also depend on your inner hustler. I’ve never been given anything, I had to grind for everything I have. Signing a deal would only make sense to me if it’s mutually beneficial at this point”.

Lewis Schenk: “If you weren’t doing this as your dream career what would you be doing?”

Lewis Schenk: “Okay, a mystery! Nothing wrong with that. Could you tell us who your top inspirations are?”

B.Rashaad: “My mother, my grandmother, My Aunt, my best friend Marty, my cousin Alterek and anyone I know who works hard and never makes excuses”.

Lewis Schenk: “That is an outstanding response. Thank you for taking the time to answer these questions.”

Check out artist B.Rashaad for more. He’s got a lot to say with his music and he is a very humbling artist. His album “1626” is approaching 75k accumulative streams across all platforms he also launched his record label MDCXXVI Records (1626 Record) and received co-signs from Jadakiss, Cassidy, Uncle Murda, Ab Liva, and Dutch of the Major Figgas these are some of B.Rashaad’s accomplishments.

Meet Vancouver Artist Raeliss – How He Turned His Life Around

Meet Actress Anja Vojinovic Who is Disrupting The Stage