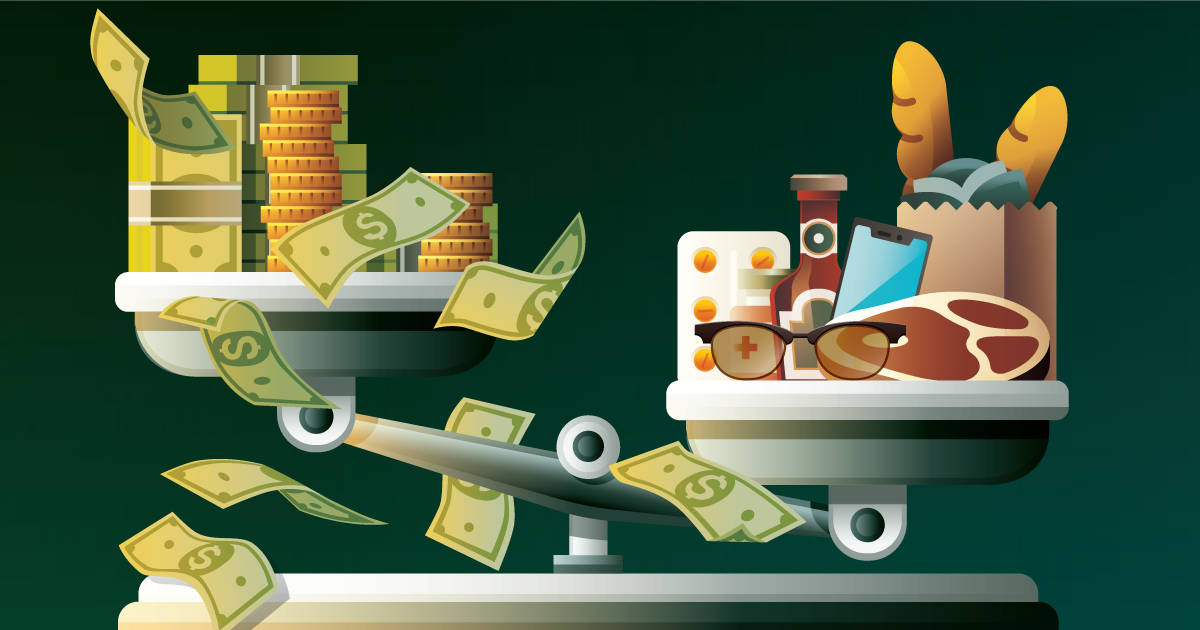 Inflation is something that Americans have had to endure since the birth of the country. It is the increase in the price of goods or services due to weakening currency caused by different economic triggers. In the past few years it has seemed like prices are rising at an unprecedented rate, and they are. It’s risen nearly 7% in 2021, a very large increase.  Considering, the Federal Reserve aims to keep this rise at about 2% or less. This isn’t the largest jump in inflation the country has ever seen, though.

The History of Inflation

In 1778, America suffered the highest inflation rate of all time at a nearly 30% jump. This was caused by the mass debt the country fell into after the Revolutionary War. Additionally, the lack of ships the country had to import and export goods. This is an example of the demand-pull inflation theory which explains that inflation happens when demand for goods outpaces available products.

Another notable time inflation rose in American history was the period between 1965 and 1982 in which unemployment rates and inflation rates were rising. Typically, when rates rise, unemployment rates fall, but this is not always the case. With inflation rising higher than most people during that time had ever experienced,  households were struggling to keep up. This period was known as the Great Stagflation, and saw inflation rise more than 14% at its peak.

After this period of stagflation, America suffered a recession between 1981- 1982.  Recessions are brought on for a number of economic reasons, but have strong consequences especially for the working class who often see their jobs lost as businesses start mass layoffs. Many people remember The Great Recession in 2008 in which policies attempting to reduce inflation didn’t work and actually harmed the economy more. In less than 100 years, the United States has experienced 19 recessions.

Clearly, inflation is nothing new to this country. With the pandemic still trailing on we are experiencing the largest rise in 30 years. With these trends continuing, we can expect higher cost of living, increased interest rates, and lower savings rates. Changes to hourly wages and social security will need to be made to combat these economic changes, but there is no true solution to inflation, but you should try to keep your sales ahead of it.

Inflation may be confusing or frightening to some households who don’t know what to expect from rising prices, so it is important to prepare personal finances for the effects of inflation. Investing money in property and commodities, or even just saving money can take some of the stress. It is inevitable, but doesn’t have to be scary. Are your finances protected?

The future for multi-millionaire Dan Vas: What’s next?

How Artificial Speech Intelligence Can Transform Lives in Virtual Reality