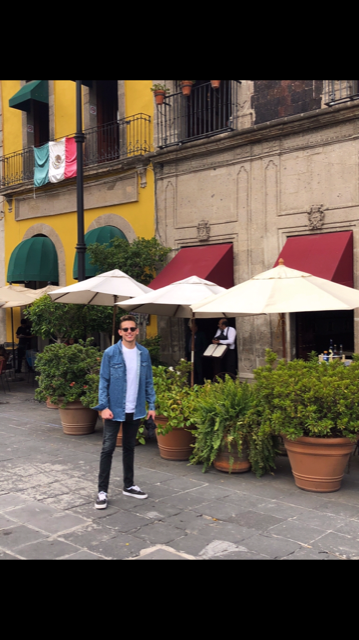 Travis Guterman has always found immense satisfaction and gratification in helping his clients reach their financial goals. He is in the business management business, and acts essentially as a personal CFO for YouTubers, pro athletes, and entertainers. It truly is a dream scenario for Guterman, as his passions growing up were in both business and entertainment. In fact, he basically plays the real life role of the financial advisor for the character Vince in one of his favorite shows, Entourage.

Growing up in Los Angeles, it did not come as a surprise to Guterman that he found his calling in the entertainment industry. He grew up in a Jewish household that placed importance on integrity, giving, and education. With such a positive upbringing, his work ethic and desire to be successful was strong from a young age. In high school, he spent his summers interning with Merrill Lynch and taking business classes at a local community college.

His work ethic and passion for business carried over to his life after graduating from college, as he would work in finance and business for a major, well established firm and for a startup. The skills he learned at these two distinctly different ventures would help him immensely in his career, and his transition into working for celebrities was quick. In a very competitive industry, he was able to build a stable client list before the age of 30 whereas most of his competition was well into their 50s.

With all of the success he has had thus far, Guterman still values failure. He understands that setbacks are a part of life, and he believes that almost no one can say that they have had careers that have ended up exactly how they would have expected at the exact time they thought they would. With so much uncertainty in life, Guterman has always sought to improve himself and be better than he was the day before in order to be ready for anything life throws at him. He is adamant about sharing his successes, as he is always looking to inspire others and finds it important to let them know that failure is just as prevalent and important as success in life.

Guterman has put his tremendous ability and work ethic to work, and coupled it with an ability to see an emerging digital market for what it truly is. While many others in his industry shy away from the digital industry and social media, he gravitates towards this demographic of clients and enjoys working with them, knowing that social media and YouTube are only just getting their start. He has always been able to capitalize on what life has thrown at him, and he has no signs of slowing down as he strives for greatness each and every day.

Related Topics:entrepreneurshipTravis Guterman
Up Next