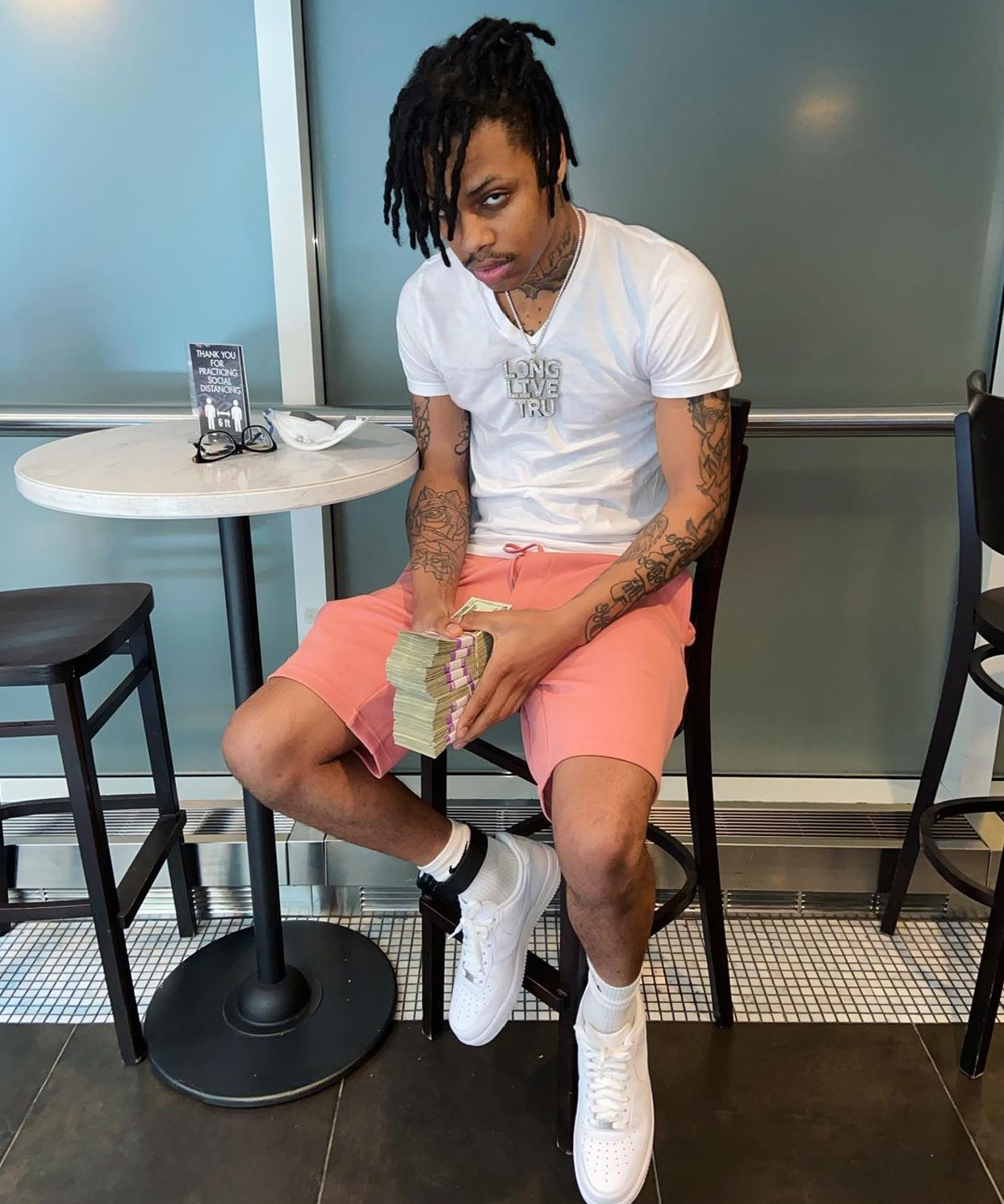 YC Woody is another talented artist with legal troubles. The Bridgeton native has been setting fire to streaming services with hot releases like “Durkio” and “Letter to Momma” and frequenting New Jersey courtrooms for almost two years. Woody’s unique cadences and musical approach have garnered pervasive attention within the contemporary musical landscape. With his 2020 mixtape, “Heartless” Woody demonstrated mastery of craft. The visuals for “Bag Talk” and “Cold Feelings”, from his recent project, have also been gaining notable attention.

YC Woody’s musical success is seemingly imminent but legal troubles have slowed the promising artist’s ascent to higher ranks. In a report by U.S. Attorney Craig Carpenito & Federal Investigators indicted Kayla Massa, 22, of Gloucester City, New Jersey; Leire Massa, 19, of Laurel Springs, New Jersey; William Logan, 22, of Gloucester City; Jordan Herrin, 22, of Berlin, New Jersey; Erasmo Feliciano, 19, Laurel Springs; Kevin McDaniels, 18, of Sicklerville, New Jersey; Jabreel Martin, 20, of Philadelphia; Dezhon McCrae, 20, of Penns Grove, New Jersey; Andrew Johnson, 21, of Gloucester City; and Alex Haines 27, of Woodbury, New Jersey, as members of a million dollar fraud ring. Ten people from the Philadelphia and South Jersey Regions were found to be involved in a fraud scheme in excess of $1.5 million dollars. They acquired money illegally from unknowing targets through ostensibly innocent posts on Instagram and Snapchat. These posts advertised a method for making fast cash. The group obtained banking and other personal information from it’s victims. They would use this information to then obtain luxury items and other goods.

The members of ages between 19 to 27 were charged with conspiracy to commit wire fraud and bank fraud. YC Woody is listed as a primary perpetrator in the case under his name DeZhon McCrae. During the early fall of 2020, McCrae was placed on house arrest. As he awaits trial, McCrae has been instructed to remain at his residence for 24 hours a day, 7 days a week. Although unable to actively maneuver at his discretion, Woody has been able to maintain a consistent release schedule despite his inability to leave his home.

His latest releases have been exploding. “Durkio” has gained nearly ninety thousand views within a few short weeks, His most recent visual “Letter to Momma” has gained nearly ten thousand streams within its first 72 hours of release. YC has been teasing fans with more new music via his instagram story on a regular basis. With new heat on the way, fans hope Woody’s legal disputes have little effect on the trajectory of his career and musical output.

How Artist Da’wan Gold, AKA Goldenwhan, Uses Music As A Coping Mechanism From His Days As A Combat Veteran