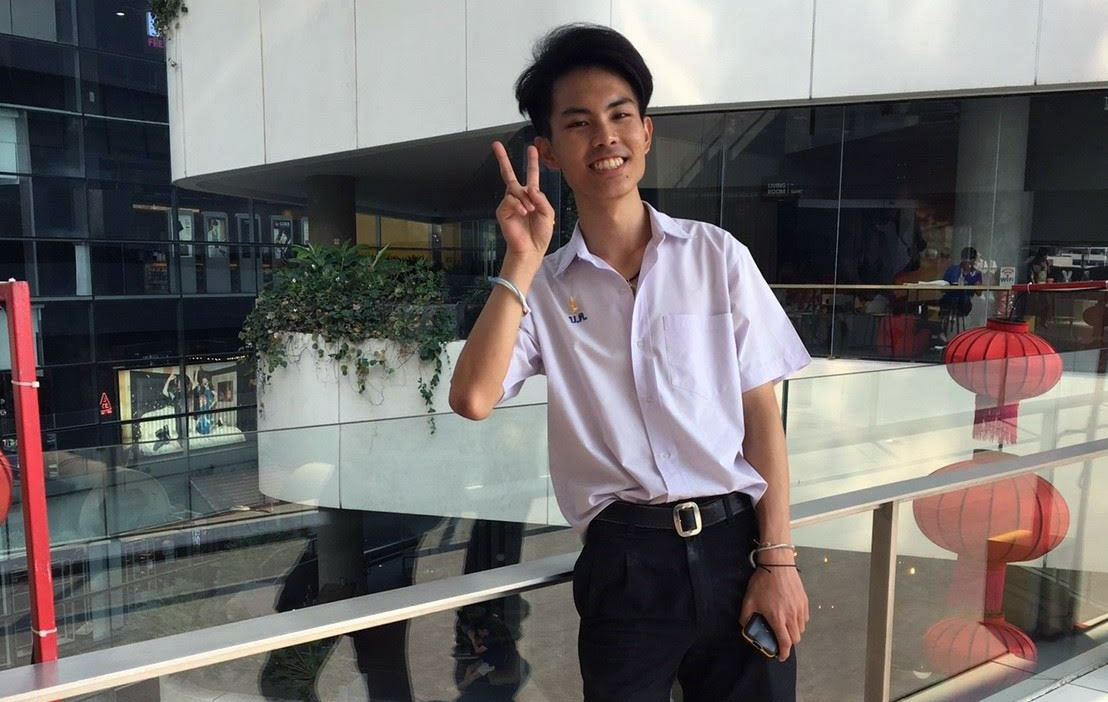 Chiravat Chearathivat is the founder, chairman, and CEO of E-commerce Website and Social Network, which he founded in 2015. Mario defines the overall direction and product strategy for the company. He directs the website and leads the development of its core technology and infrastructure. Mario studied Mathayom 5 (science major) at Bodindecha Sing Singhaseni School before transfer to non-formal education, partly due to financial reasons.

However, he had suffered from insolvency at some point which, in his words, is because he had not used safe payment methods. In such unsecured methods, one can’t get a refund from a scammer, cannot hold a dispute, or open claims from customers.

He mentions, ‘the International Bank also don’t receive payments sometimes and that has caused me to suspend my bank account and get banned. Devoid of money, I had to sell my household goods to dissolve my bankruptcy. In such tough times, I was unable to seek help from people.’

‘But I never gave up’, he adds. ‘I tried many different ways to make everything better but I failed. I failed over and over again for much of my life but I never quit.

Eventually, I succeed. Now when I reflect, I realize that I couldn’t have got any stronger without my struggle. I considered my problems as my opportunities. They made me wiser and resilient.

I entered this world of business when I was approximately 17 or 18 years old.

I learned International Trade and started my business of import and export to different regions of the world.  I chose this industry and started importing and exporting goods from international market because sometime I wanted goods at lower price but they were not available in the local market and sometime some brands had no delivery services to international market. And resultantly making money but it was not progressing as a business due to Pay per Click website (PPC) Since then I have tried different ways to increase my passive income.

Later, I got a chance to contact china manufacturers, suppliers and Freight Logistic Company to discuss my problems and to learn about business while working. At the same time, I learned about international trade law, the importance of logistic system for international trade and related documents, for example Certificate of Origin (C/O), for applying to FTA to get reduction in the tax rate as member country. Also I learned how to get Certificate of Origin (C/O), how to contact counselor of goods country, Negotiation document, Import Declaration document, Bill of Landing (B/L), Airway Bill, Packing list, Performa Invoice, Terms of Shipment (Incoterms), EXW , FAS , FOB , CIF , CFR , DDU , DDP etc.

I also learned about the safe payment methods such as Pay Pal, Visa and master card since they can help you open a dispute or make a claim from your bank. While some other methods that had no safety such as MoneyGram, Western Union. You are susceptible to scam so these payment methods should not be used for business. Because in both of these payment methods when you transfer money to seller, the seller can pick up cash immediately and you can lose your money from scam because you cannot seize it back. While it is not an option in other methods such as bank can hold the money, or other type like PayPal.

I learned them at an early age. I was young when I get to know about the best place for international trade which was China at that time. So I started from China. I really like computer, electronic and customer electronic goods, gadget and digital devices. So I choose to do business with them because I had enough knowledge of those type of products.

Then, I tried to search customers from Europe , Middle east , Asia etc. so that I can export my goods worldwide wherever possible.

Soon my business started growing. It prospered gradually and finally I had a chance to take my mother to Hong Kong, Shenzhen and Macao for a trip to spend some quality time. We did shopping and had special meals together. That was my ultimate delight and at that time my mother did not know I had a business and know at the same time so she understood the reason why I took her to China.

Shortly afterwards my business started collapsing. I had many problems around me. But before everything was about to fail, it make me realize that it will fall if it is time to fall down and I can hardly resolve with different ways. All I had to do is to stay strong and no be discouraged at the same time. I never gave up and I tried different ways to make things better. I failed repeatedly but I never gave up.

From childhood, I had an incredible drive. I excelled at computer system and at the same time I was fond of other things for example, I liked singing and I loved doing international business. So, while most of my high school friends used to play video games, I studied. I had already embarked on the journey of my self-education. I became a voracious reader and devoured everything I could find, on entrepreneurship, computer learning, other skills, singing and multi-tasking. I realized that I like doing these things and I can do all i.e. I can sing, learning about business, run an international business, and learn computer soft wares.

I had make many problems but I liked research and resolving them. It had it in my subconscious mind. I wanted to do something like this, or I had something like this from childhood, I don’t know and I am not sure about it but I did it.

It made me feel good and it made me strong to never give up. I taught me to do anything and going either way and keep going to make myself better. I valued my time. I took my chance to do international business with people form China, US, Europe, and many other regions.

The first-time when I was with United States and China business partners, I had some problems. It is because I wanted something or product but at those time it was not available in my local distribution or any retailer on local market. When it became available, its price was really high. It became expensive when I included the duty tax. Some brands were not shipping to international market, they shipped only in the local market. This was also a reason that I started this business. I got into this industry to solve this problem. Shortly afterwards, I was in contact with manufacturers and suppliers from China, United States, United Kingdom and others, for doing business. I thought of drop shipping and doing like retailer or distributor and exported worldwide.

I can say that it starts from small beginnings. I have a strong progressive mindset and I would like to share few golden rules;

1. Your time is limited, so don’t waste it living someone else’s life.

4. The past can hurt. But the way I see it, you can either run from it or learn from it.

7. Courage is the power to let go of the familiar.

8. Some of life’s best lessons are learned at the worst times.

9. Impatience is the thief of success.

Also before I got a problem and was about to fail, I had a dream about doing international business. I wanted to create a business something like Western Digital and Apple.

Also I have created something like USB flash drive built-in biometric security identification system at those time when it was not a known concept worldwide. The world’s market had no idea of that back then. Moreover, I will work for improving contact between manufacturer and manufacturing unit under my own brand. I have drafted specification requirement to build it.

I am also interested in food and beverage industry. I know about jelly Haribo because it is selling in retail market and supermarket frequently. I like it and another brand probably make it for me. I will work on my idea for manufacturing jellybean and chocolate and I have plan to get in Walmart in United State soon.

I dealt with my insolvency and since then I am following this approach to never do things temporary. I learned to start researching everything. To make my future better, I should be knowledgeable. I should know about international business, multinational Corporation, international economic condition, international finance, central bank system, world monetary system, financial systems, and other requirements for corporations. I learned about computer software skills also.

I think it is going to help us in the future. I never forgot my old projects. I would like to do the ones that I have not done before. I hope to do them in the future and introduce new things to change the world.

Chiravat Chearathivat is the founder, chairman and CEO of the multi-national technology company. that designs, develops an E-commerce Website and Social Network , which he founded in 2015 . Mario is responsible for setting the overall direction and product strategy for the company. He leads the design of Website ‘s service and development of its core technology and infrastructure. Mario studied Mathayom 5 ( science major ) at Bodindecha Sing Singhaseni School before transfer to Non-Formal Education because something and financial reason

reported “They told International Bank also don’t receive a good “many times I have it, after that suspended and get banded my bank account,

and finally, I have no money on y Bank Account and must sell my goods from my home for those times and my life, and I failed overmuch for my life

but I passed, But now I think if not have that, I cannot get Stronger right now, I guess when having many problems that are an opportunity.

Sean Pandya On How To Succeed As An Entrepreneur