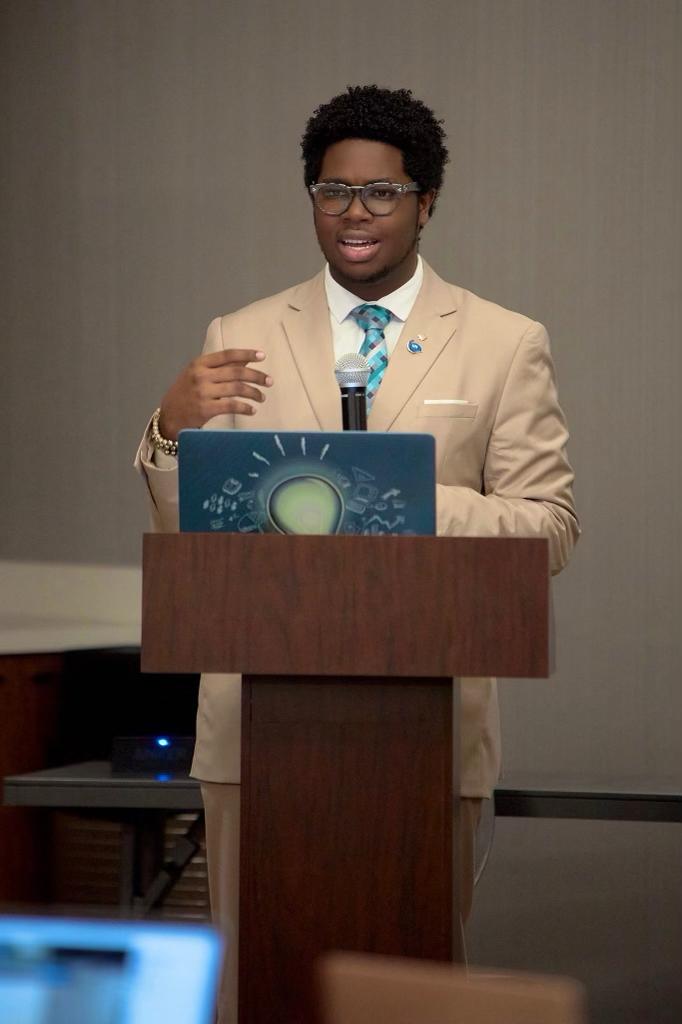 Hailing from the heartbeat of the world, Jamaica, Nahjae Nunes is a Dean’s Scholar and MS candidate in Global AffairS with a concentration in International Relations and Global Futures at New York University’s Center for Global Affairs. He currently serves as the Vice-Chairperson of Policy & Advocacy in the Commonwealth Youth Council, representing the interests of the over 1.4 billion young people in the Commonwealth of Nations. Additionally, he is a Policy Adviser at the Permanent Mission of Jamaica to the United Nations and NYU’s first Harold W. Rosenthal Fellow to the US Government. Nahjae believes that young people must get involved in decision-making for a brighter future that makes lives better for everyone.

As a person of color and someone so young, Nahjae often feels as though he has to enter a room and list his credentials to prove why he deserves to be there, but my older and other ethnic counterparts don’t have that pressure. To consistently show up in spaces where a notion you don’t belong exists is not easy, but he recognizes that for his purpose of changing lives to come to fruition, a little discomfiture is a small price to pay.

His accomplishments so far

Nahjae Nunes is a Dean’s Scholar and MS candidate in Global Affairs with a concentration in International Relations and Global Futures at New York University’s Center for Global Affairs. At only 20, Nahjae wields astounding experience in youth leadership and multilateralism. A former Youth Adviser to the Government of Jamaica and UN Youth Envoy, he was the Class Valedictorian and graduated with a BSc. Degree in Logistics and Supply-Chain Management with first-class honors from the Caribbean Maritime University. He’s one of few Jamaicans to have been awarded by the Governor-General of his country. He was most recently named one of the “30 Under 30 Changemakers” from the Caribbean by the Institute of Caribbean Studies in Washington, DC.

What drives him to succeed

Nahjae has become an international award-winning youth activist, speaker, and emerging global leader. Displaying a penchant for change unlike any other, he has executed global campaigns, each impacting tens of thousands of young people, with a host of international youth-focused organizations for creating and sustaining meaningful change and connecting them with tools to do just that. He has recently returned to the UN, participating in plenary sessions on the Sustainable Development Goals and the

2030 Agenda. This September, he begins a new appointment as a Graduate Consultant for the UN Security Council’s Counter-Terrorism Executive Directorate.