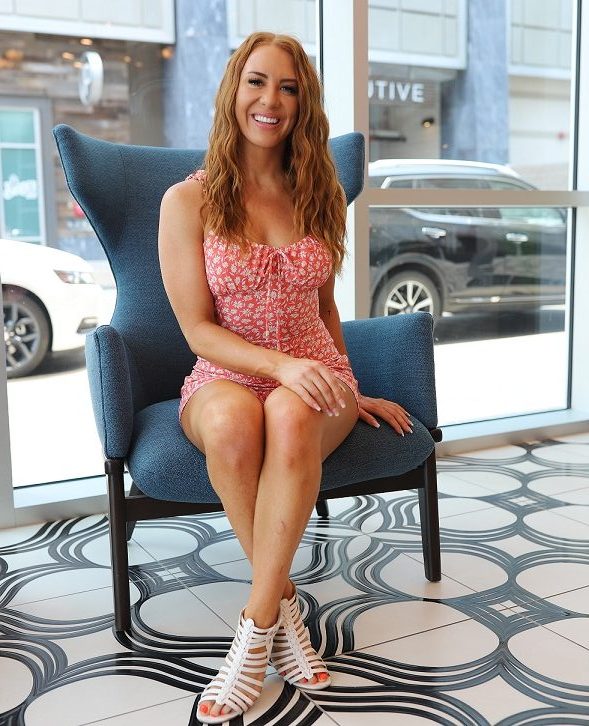 Most people know Bri Morrison as a young and successful supercoach who spends her days empowering others to pursue their dream lifestyles. However, what many don’t know is the story behind the success. How was she able to transform her life from being broke and living in Montana to becoming an international supercoach? This is the story of Bri Morrison.

Bri Morrison grew up the oldest of four in a very conservative household in a small-town in Montana. At an early age Bri knew that she wanted more for herself than she saw around her. She remembers giving a presentation in 5th grade saying, “I want to be an entrepreneur because I want to be the boss”. At times, Bri felt like the dark sheep of the family, never feeling like her desire for more was understood by her family. She recalls feeling like school was never a good fit for her and struggling to maintain focus while in class.

Shortly after graduating high school in 2010, Bri moved to Houston, Texas to pursue new horizons. In 2012, Bri became certified as a personal trainer while working at an LA Fitness. It was during this time that Bri discovered her passion for helping others on their fitness journey. As a result, she made the decision to go out on her own with her personal training business. She remembers getting inconsistent results because she was not fully focused and had not yet developed a professional approach. In 2014, Bri made the decision to move back to Montana where she pursued a career in high ticket sales. During this time, she maintained a few training clients, but remembers being too fearful to dive head-first into the online training space.

In 2017, Bri made the decision to hire a coach who empowered her to start taking her online personal training business much more seriously. With the help of her coach, Bri was able to earn $9,200 in her first month of online personal training. She immediately made the decision to quit her job and give her full focus to creating a large personal training business. It was during this time that she really learned the value of investing in herself and recalls investing over $75,000 into her personal development. Bri was succeeding in her business and enjoying the lifestyle that came along with it, but she felt like she was ready for a new challenge. She wanted to help others become coaches like she had been helped.

In 2018, Bri helped her first business-coaching client to earn $6,000 in her first month working with her. Since making this decision, Bri has gone on to help hundreds of women start their online coaching business and earn $5,000 plus months in their first month of online coaching. She says her mission is simple, “I want to empower women so that they can live a life they are lit up and passionate about.”

Today, Bri’s business has scaled to a 7 figure coaching business and is looking to branch out into different niches outside of fitness in the foreseeable future.

For more information on Bri Morrision or on her business Buff And Paid, visit her website at www.brimorrison.com