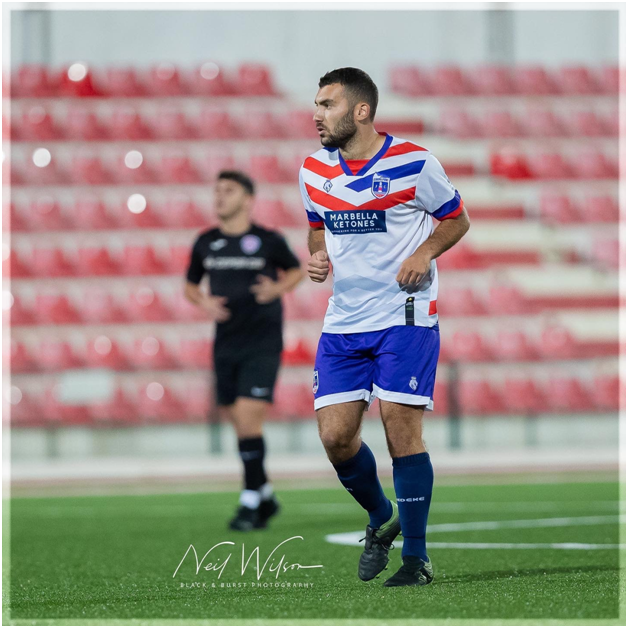 Quebec-born Noah Eisenberg is an upcoming star on the soccer field. Currently playing for a division one team in Gibraltar, Noah’s high level of skill and fast rise through the ranks have generated significant buzz among soccer fans and others in the industry. For Noah, it has been a long and rather convoluted journey to reach his current status. Now, three years into a promising professional soccer career, he looks back on his journey with a sense of pride.

Finding His Footing: The Early Years

Noah was born and raised in Montreal, Quebec. He started playing soccer at 3 years old. “I was never the most skilled growing up, but nobody will outwork me,” he says. By the age of 17, he had a scholarship to play in the United States. He played for 2 years at prep schools in New England, then accepted a scholarship to play at Birmingham Southern College in Alabama. He looks back on his time in the States with mixed feelings. Noah attended Tilton School for his second year of prep school, where he played under Coach Ruggles. “He was great,” he recalls. “Otherwise, I really wasn’t impressed with the coaching and my experiences.”

He decided to leave after his freshman year of college and play for a first division Belgian club called Waasland-Beveren. “I had undergone a ‘trial period’ during my spring break the year prior. That’s when I caught their interest and got an invite to come back.” Noah spent several months working under Marc Vanhoomissen, who was well known for developing superstar player Romelu Lukaku. He proudly recalls that “He liked the way I played, and told me I had what it took.”

Noah spent time with Waasland-Beveren B and with the U21 team. In January of 2019, he signed his first contract in Northern Ireland with a small semi-professional club called Derriaghy.

The following year, he signed in the third division with Lurgan Celtic, but unfortunately, the club went bankrupt. At that point, I trialed with a professional club in Wales called Llangefni Town FC, who compete in the Cyrmu North (Welsh second division). After impressing them during a single training session, he was offered a contract, which he was ultimately unable to sign before the transfer window closed. He went on to sign with Dakota Fusion for the 2020 NPSL season, which was canceled due to the COVID-19 pandemic.

In the summer of 2020, Noah’s agent renegotiated a deal with the team in Wales and he was offered a contract for the 2020/2021 season. This makes him the first Canadian player to sign in the second division. He ended up leaving Wales after the season was stopped due to COVID. Several Premiership (first division) clubs were interested in Noah, but he couldn’t return due to new Visa rules after Brexit.

In the end, Noah signed at Europa Point FC in the first division in Gibraltar for 2021. First division football is high level anywhere in Europe; this is what professional players do for a living. The top 4 teams will go compete in Champions League and Europa League, which are the biggest soccer tournaments in the world.

Noah is proud of his progress so far. “To think how far I have come, and I still haven’t even scratched the surface in my eyes; I have many ambitions and expectations for myself. I have been doing very well so far, and I’m excited to continue moving up the ladder.” Noah’s head coach in Gibraltar played and coached at Real Madrid. He believes in Noah and loves the way Noah plays. There has been talk of the national team and several other clubs showing interest in Noah.

The Gibraltar National league is the top division in Gibraltar where the top 4 teams will have an opportunity to compete in the Uefa Champions League and Europa league. How does this league compare to others Noah played for? Considering it’s a first division there are lots of good players from around the world. Noah’s starting winger played for English premier league side Watford along with Crystal Palace. Noah’s goalkeeper grew up playing at Athletico Madrid. No matter how small the country there will always be good players in the top division according to Noah. “Wales was definitely more physical,” Noah said. It was a very good standard of football. Overall though this is first division so the top teams here are competing in the Champions league. That is a much higher level than anything in a second division as they have to compete against the best in the world.”

What’s Next for Noah?

For Noah, the sky is the limit. “I have big hopes and expectations, and I continue to surprise myself everyday as I work hard and move up the ladder.” As he is currently playing in the first division in a European country, his goal is to get to an even bigger European country and continue to play at as high a level as he can. With his work ethic and level of skill, it won’t be long before he reaches that goal, and raises the bar even higher. There are big hopes for Noah, and it will be exciting to see where the future takes the upcoming Canadian star.

A Significant Growth in the United States Online Gambling Market