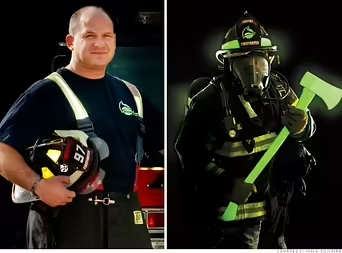 It is essential to have a strong sense of determination if one wants to be successful in achieving educational and professional goals. To be successful in life, you need to possess the attribute of perseverance. Fortitude, a virtue dating back to ancient times, is an explicit combination of persistence and bravery. A person who is able to persevere is one who has enormous self-confidence, is determined, and has a natural inclination to work hard without being impatient. In theory, determination moves things forward at a nice and steady clip. It would seem to be inextricably linked to the process. In reality, however, it moves at a sluggish rate, and as a result, it needs to be slowed down in order to maintain a healthy equilibrium with the activities that are already underway. The human propensity to experience anxiety when it comes to trusting the process undermines the spirit of determination and diminishes the longevity of life. Zachary Greenis not like other persons who lack confidence; instead, he had firm confidence in himself, and as a result, he became even more powerful. He was resolute in his pursuit of the life of his aspirations. And in order to make his aspirations come true, he founded MN8, a company that was backed up by $4 million in venture funding and has successfully yielded almost 8x in returns.

An effort is the best Investment

A person is considered to be a serial entrepreneur if they often find new firms, grow those enterprises to profitable levels, and then start other ones. Whether or not a person who owns a firm should be regarded as an entrepreneur is sometimes contingent upon whether or not the owner founded the company, in addition to other legal considerations. Having said that, every single person who started a thriving company that became a household brand started out as an entrepreneur. Individuals that want to be their own bosses, establish their own objectives, manage their own advancement, and operate their enterprises in anyway they see fit are the kind of people who are most likely to become entrepreneurs. They are aware that they are ultimately responsible for the success or failure of their company, yet they do not consider this to be a weight on their shoulders. Instead, it is a symbol of the freedom they possess. Zachary Green is an exceptional veteran, councilman, and fireman entrepreneur who, in addition to starting MN8, has been hitting milestone after milestone while rapidly responding to changes in the market and trends. Sneeze-protective transparent guards were among the first products that his firm, LumAware, began producing. The manufacture of the company’s safety items, such as glow-in-the-dark firefighting gear and exit signs, are used by thousands of people all over the globe.

With MN8 and LumAware’s success, Zachary also founded Velontra, a firm that is focused on the goal of making unmanned supersonic and hypersonic endeavors cheaper, quicker, and better. Because of this objective, Velontra is being promoted as the next SpaceX in the start-up environment. The company’s goods, which are sold under three different names, are used by thousands of firemen as well as three of the major retail networks.