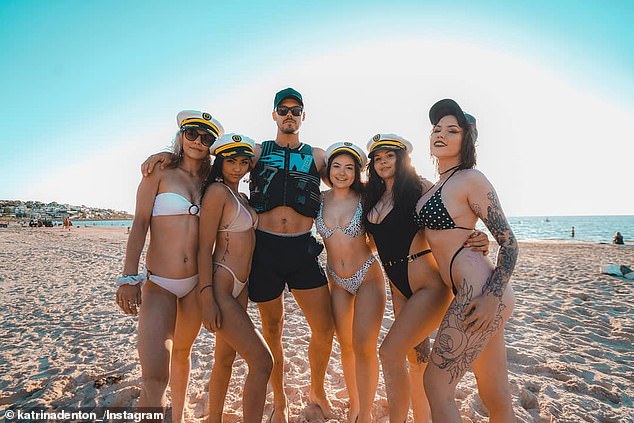 Boasting millions of dollars won in high-stakes gambling is something David Nicholas, aka The Captain Davo, is not something he shies away from. This 25-year-old has become something of a modern gambling legend given his incredible skill in gambling, as well as his penchant for showing off his playboy lifestyle.

Most people in the gambling world have heard of The Captain Davo. Hailing from Australia, David has seen his popularity skyrocket after an incredible gambling streak took him to the big leagues. He has amassed massive followings on both YouTube and Instagram thanks to showing off gambling as a glamorous lifestyle.

David got his start gambling when he was just 18 years old. He was hooked from the moment he started. In fact, he even got diagnosed with a gambling addiction at one point. He went full-throttle into embracing the lavish and high-octane lifestyle he was able to enjoy. Exotic cars and bikini-clad models were something he was constantly showing off on social media.

Those were the old days. You could say The Captain Davo is a bit more refined today. David is now actually an ex-gambler, leaving behind the glamorous world. He transformed the high-rolling playboy personality he used to have into a more refined and distinguished luxury lifestyle brand. Many commend him for exiting the gambling world given the dangers of losing it all and succumbing to other issues that plague ex-gamblers. Transitioning from self-made gambler to prudent entrepreneur shows he isn’t afraid to try new things and reinvent himself.

The unshakable confidence he used during his gambling career became a tremendous asset for him once he left the scene. He recently launched his own luxury lifestyle brand called The Captain Davo. He currently has a clothing line that includes hats and t-shirts, although he is planning to add new products in the coming weeks and months.

Shifting to being an entrepreneur isn’t out of character for David. In fact, he has always been in the business of closing deals and making money. Even before his gambling days, he was a successful door-to-door salesman who later climbed pretty high on the corporate ladder because of his marketing skills. The Captain Davo is definitely someone who knows how to communicate effectively and build relationships.

The ex-gambler has also shifted to being an entrepreneur because he wants to help others make money, yet do so in a way that isn’t as risky as gambling is. As much as he enjoys the flashy and extravagant lifestyle that was possible due to winning high stakes, he now believes it is important to generate wealth in a more stable way.

Today, David regularly dispenses entrepreneurial advice on his Instagram page, instructing new and aspiring entrepreneurs to take time to practice self-care, do things that motivate you, and more. His new focus on luxury lifestyle is a perfect fit for someone who has lived life in the fast lane for the past seven years.

You can keep up with the latest from David Nicholas, aka The Captain Davo by following him on Instagram @thecaptaindavo and on Facebook.

3 Strategies to Reinvent Your Business and Thrive in 2021