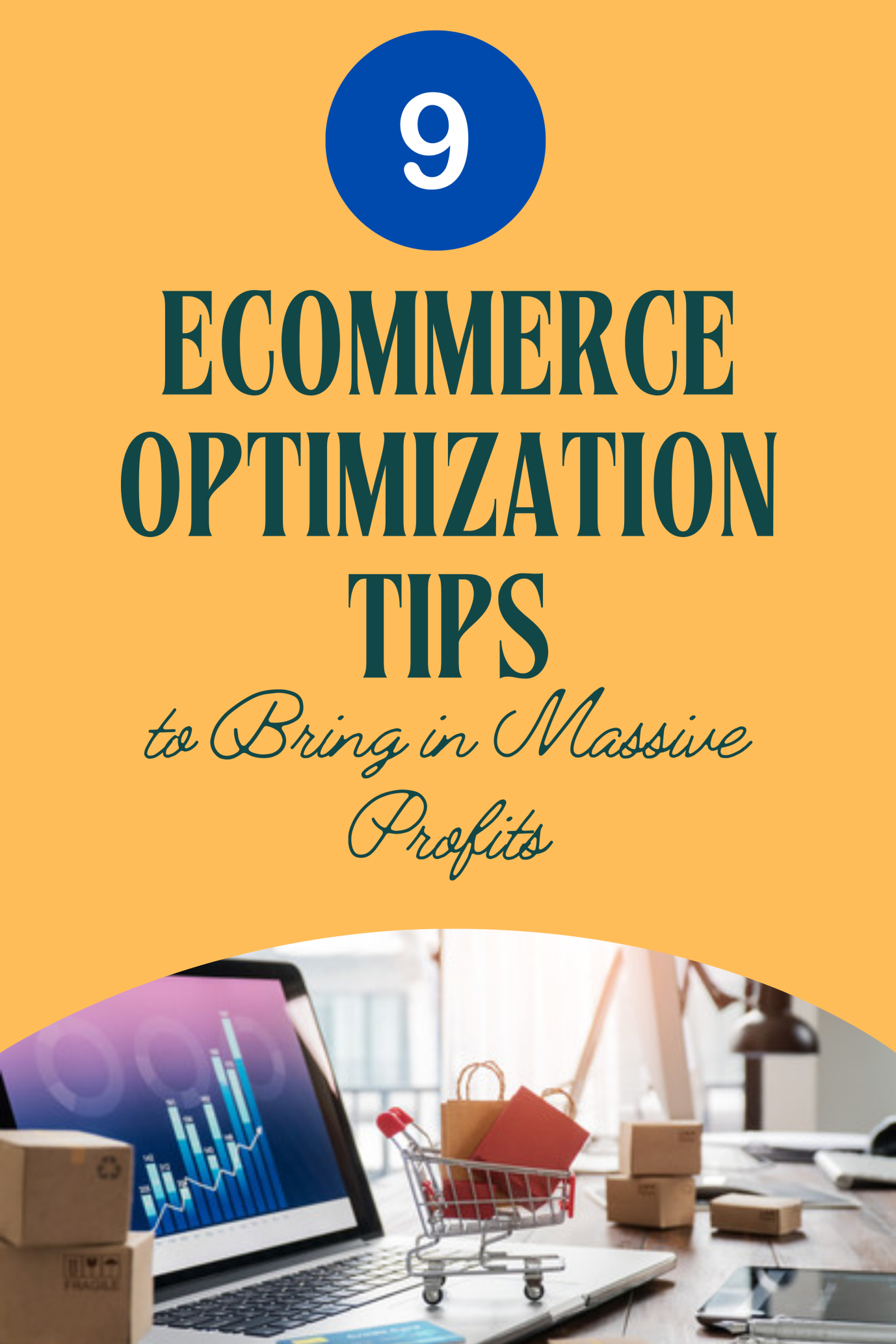 Every business is looking for a way to boost their profits. There are many different tactics that you can try, but the most successful Ecommerce stores all use smart optimization strategies. Ecommerce businesses are always looking for ways to increase their profits. There is a lot of competition out there, and it’s important that you have a smart guide to help boost your online conversion rates.

In this guide, we will discuss 9 Ecommerce optimization tips to help boost your profit and increase your online conversion rates.

Free shipping is one of the most effective Ecommerce optimization tips that you can implement. The main reason this strategy works so well is because it helps lower your e-store’s cart abandonment rate. You’ll be surprised at how much bump in sales you get when you offer free shipping.

If you’re Ecommerce store doesn’t have any physical locations for customers to visit, then offering free shipping will undoubtedly boost your conversion rates and increase your profits.

Use a Re-Engagement Campaign

Vertical search engines are an Ecommerce optimization tip that you can’t afford not to try. There’s a lot of money on the line for online stores, so why wouldn’t you take advantage? Using vertical search engine optimizations will help increase your conversion rates by bringing in new traffic from specific sources rather than general ones like Google or Yahoo.

These visitors may be more interested in what you have available because they came directly to find it themselves, which means higher sales conversions compared with regular SEO practices.

You should also re-target people that have visited your Ecommerce site via social media. This is an optimization tip that you’ll want to utilize because it works like a charm. Re-marketing through Facebook ads, Twitter Ads and Google Adwords are great ways to get the attention of those who already know about your Ecommerce store but just haven’t made a purchase yet. If they’ve been exposed to the same ad multiple times over their newsfeeds or timelines, then they’re bound to act sooner or later. Why not offer them another chance? It’s well worth it in this case.

PPC optimization is another great strategy to try. This will help bring in new customers that you can market towards through a pay-per-click system, such as Google Adwords and Facebook ads.

Another Ecommerce tip for boosting your profits would be offering discounts or coupons for Ecommerce stores. You’ll find that when people are given the opportunity to save money on their purchase they are much more likely to buy from you rather than someone else who doesn’t offer them similar deals.

Use an HTML Pop-up

Another optimization tip would be to use a pop up on your e-store, such as one with HTML. This is a very effective tactic for Ecommerce and it’s important you utilize it. You’ll find that using this strategy will boost your conversion rates because these visitors won’t go back to their old behavior once the popup disappears.

People tend to get annoyed when they’re interrupted multiple times by different types of ads while shopping online so it’s best not to annoy them more than necessary and keep your popups simple. This means no flashy colors or intrusive offers; just straight forward deals that are relevant towards your ecommerce store.

Use a Banner Ad on Your eCommerce Site

A banner ad is another optimization tip that you should consider using for your e-store. A lot of companies neglect to utilize this tactic, but it’s very effective. You’ll find that people are more likely to click on these ads and end up making a purchase than they may be if the ad was displayed somewhere else such as in an email or through social media. Even though these ads are typically used by businesses other than Ecommerce stores, there’s no reason why you shouldn’t use them too because they really do work so well.

Last but not least! Social media influencers can help bring in new customers because they have a large following on their platforms. You’ll find that people are more likely to buy from an e-store if there are positive reviews or feedback posted by others who’ve already done so themselves.

This means you should create campaigns for your Ecommerce store that offer discounts or deals when the customer leaves a review of some kind whether it’s good or bad. Feedback is extremely important online these days because at the end of the day we all want our products and services to be as effective as possible which leads us back towards ecommerce optimization tips like this one here.