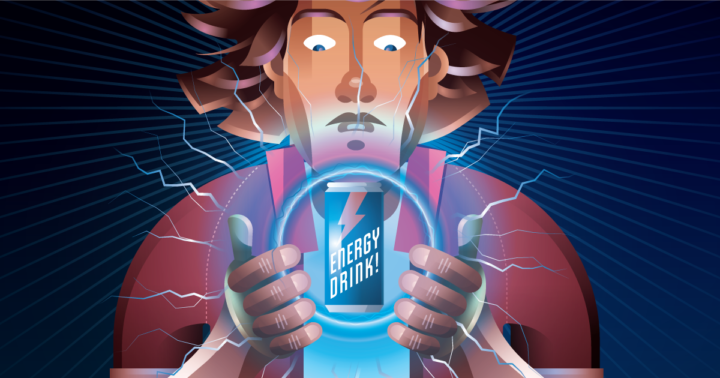 Energy drinks are quickly increasing in popularity, with the sector’s market value growing at an ascending rate as the business continually taps new markets. This expansion is happening so expeditiously that current financial forecasts expect a market value of $225 billion (USD) by 2026 – massively stimulated growth for an industry that seeks to do just that.

A Look at the Big Players in the Energy Drink Market

Holding 88% of the energy shot industry revenue, 5-Hour Energy continues to remain the leading brand in a wilting sector. Energy shot sales are on the decline, with immediate effects being pandemic-induced, as consumers spend less time in convenience and grocery store checkout lines and have less need for instant energy boosts. With a market value of $978 million (USD) in 2020, which fell to $824 million (USD) in 2021, the downward trajectory of the energy shot business contrasts the big boom of energy drinks.

Enhancing their gaming performance, energy drink companies have begun sponsoring eSports teams, investing in top groups and giving gamers the caffeinated boost that keeps them keen. G Fuel, an energy drink brand, has a $305 million sponsorship contract with team FaZe Clan, while Red Bull sponsors team Cloud 9, with an astonishing $350 million contract. Keeping gamers at the top of their game, while also expanding brand recognition and bettering brand image for energy drink companies, this rising trend of exchange proves profitable for both parties.

Turn to energy drinks to fuel your workout, start the day, or counter mid-day slumps, and join the surge in popularity to recharge.

Related Topics:energy drinks
Up Next

Get Your Mortgage SHIPP-SHAPE With This Expert Navigator

How Shawn2hot battled against all odds to become a successful musician