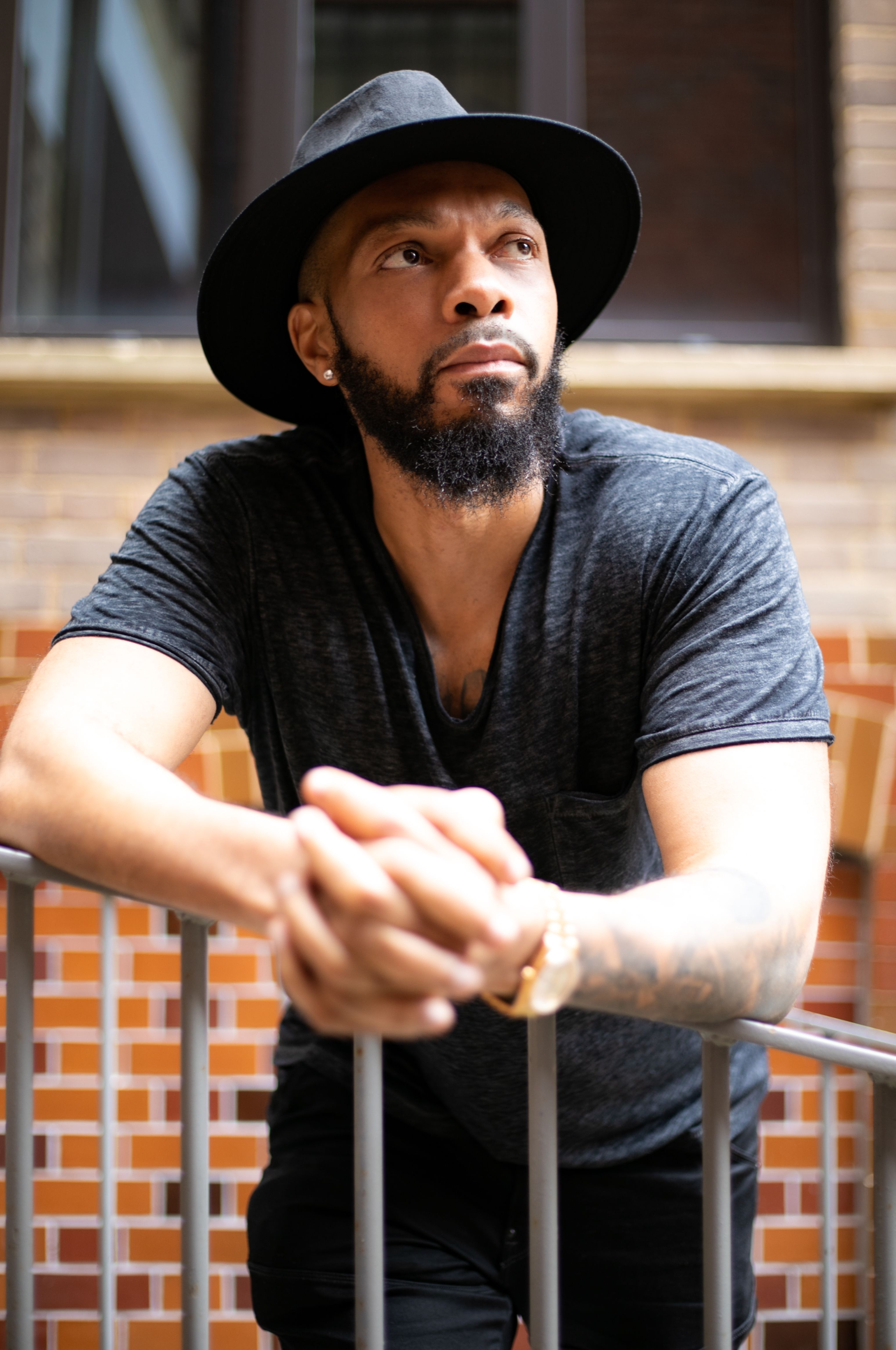 Ike is a highly successful talent manager from the UK, who has worked with some of the biggest names in the game. He splits his time between London and Miami, and as a result, needs a comfortable pair of shoes for all his traveling. His trainer of choice is the Gucci Ace Bee High-top, which, as one of the most iconic Gucci trainers the designer brand has ever released, has been worn by everyone from Kendall Jenner to Rick Ross.

Retailing for a hefty $730, the Gucci Ace Bee High-top is dressed in premium leather stitched together at the toe, and over the ankle. It features a leather overlay around the eyelets, a metallic blue stripe on one heel, and a metallic red stripe on the other. However, the defining detail of the shoe is the blue and red stripes that wrap around the forefoot, which have a golden bee embroidered into them. This detail has made the sneaker instantly recognizable and provides the stylish look Gucci is known for. Ike is so much a fan of this footwear that he purchased not only the ‘hi’ but also the low tops.

Influential, innovative, and progressive, Gucci is reinventing a wholly modern approach to fashion. Under the new vision of creative director Alessandro Michele, the House has redefined luxury for the 21st century, further reinforcing its position as one of the world’s most desirable fashion houses.

Read More: The Secret Mentor Behind Our Favorite Entrepreneurs

The Ace Bee High-top is produced in Italy, and focuses very heavily on quality, instead of quantity, which could be why it was such a perfect match with Ike Mann!

The classy look is perfect for casual usage, as well as more formal events, which come in handy for someone like Ike Mann. What’s more, the shoe looks great, but feels it too, thanks to its soft leather lining and adjustable lace fit. This is at the cost of a steep price tag, but if you are going to be the best in Mann’s line of work, it’s important to dress the best.

Ike does not believe in mixing designer labels. As a rule of thumb, his outfit will consist of one ‘main’ designer. For example, you won’t catch him in a Gucci jumper with Armani jeans and a D&G jacket on any outing. “It is weird to me wearing clothes from multiple designer brands at the same time,” says Ike. “Keep it simple …you’ll look fresh.”

Mr. Mann continues, “People need to stop following and start trendsetting. A fashion trendsetter is a person who sees fashion as art. They are creative and aren’t afraid to try something new and be unique. Therefore, to become a fashion trendsetter, you need to know the latest fashion trends. You also need to have skills and eye for combining clothes and be able to create looks that attract compliments.”

To follow what Ike Mann is up to, he can be found on: