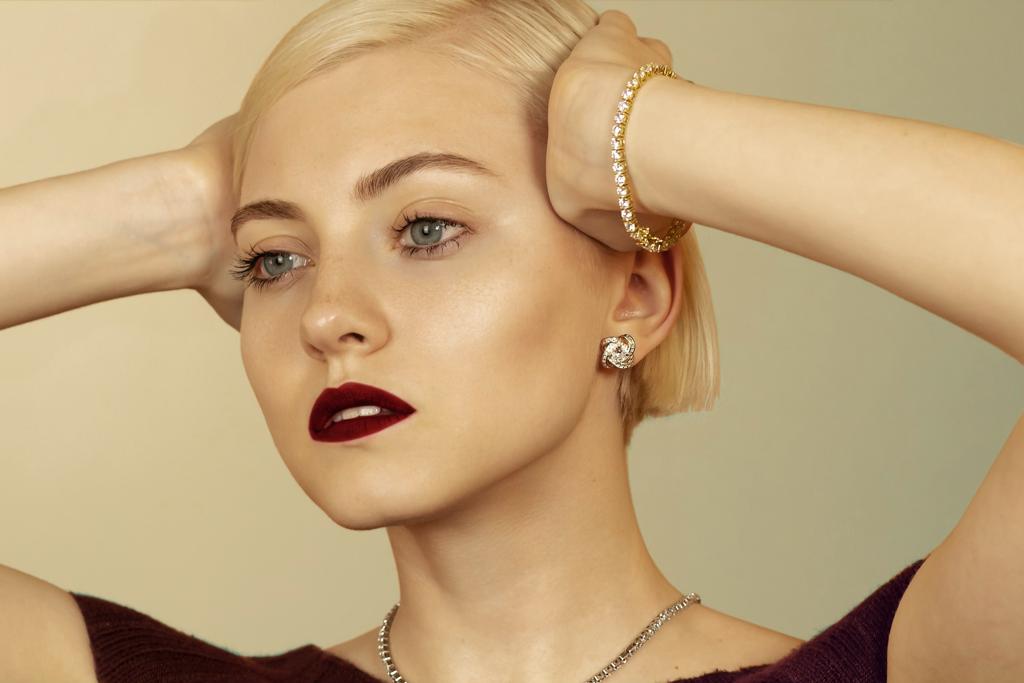 Gabija Guzauskaite (pronounced Gah – bi – ya) is a professional model, specializing primarily in beauty, and an actress. She has shot for major brands such as MAC Cosmetics, bareMinerals, Wet n Wild, Milani Cosmetics, The North Face, Walgreen’s beauty, and Hard Rock Cafe amongst others. As of now, she is also a successful content creator.

Gabija’s work as a model has been published in major publications such as Seventeen Magazine and Sophisticate’s. Her modeling work has also been on billboards, bus ads, train ads, in stores such as Walgreen’s and Wal-Mart’s nationwide, and her global campaign for Hard Rock Cafe was in stores all around the world. She is making a name for herself through her beauty modeling – by modeling for major campaigns and major brands. Gabija has always been a strong, hard-working, business-minded woman who has found success beating odds time and time again. She has worked hard to get to this point in her life. ‘It’s always about progress. It’s the journey, not just the destination. It’s never giving up, and never letting a no stop you from trying’, says Guzauskaite.

Obstacles faced by Gabija and her achievements

When Gabija began working, no agency wanted to sign her as their model. She was considered too short and old for the industry. She had to constantly prove to herself that she is marketable and that she can make money based on her work ethic and looks. Thus, she built her portfolio and networked. From thereon, she landed her first campaign with Walgreen’s for the beauty department. After that, agencies began to look at her differently as she kept pushing and submitting herself for these jobs. She finally got signed in Chicago, followed by New York City, Los Angeles, and Miami. Two years ago, she had a tragic incident of being bitten by a dog on the face and got slightly visible scarring above her lip which was still there even after a few laser treatments. She assumed that her beauty career was over, but quickly realized that it would be over if she kept thinking that way. Therefore, Gabija shot more work in the following year than any of the previous years combined and is still growing exponentially as an artist.

As COVID-19 hit the world, Gabija thought to get creative and delve into some other creative aspects of her career. Hence, she became a content creator. She does photography, modeling, styling, makeup, hair, and editing. It’s all remote. Everything is taken care of, for her clients. Rather than focusing on creating ‘influencer’ content, Gabija’s focus has been on creating content that can be used by companies for everything including web, social media, print, etc. She focuses on smaller brands, but she is also an official beauty content creator for Beauty by Walgreen’s. She regularly shoots for Thrive Cosmetics on top of Walgreen’s and has other clients as well. Guzauskaite further plans to grow this new business venture.

Balveer Actor Khushi Bhardwaj Is A Force To Reckon, Says “I Want To Explore My Creativity To Its Best”