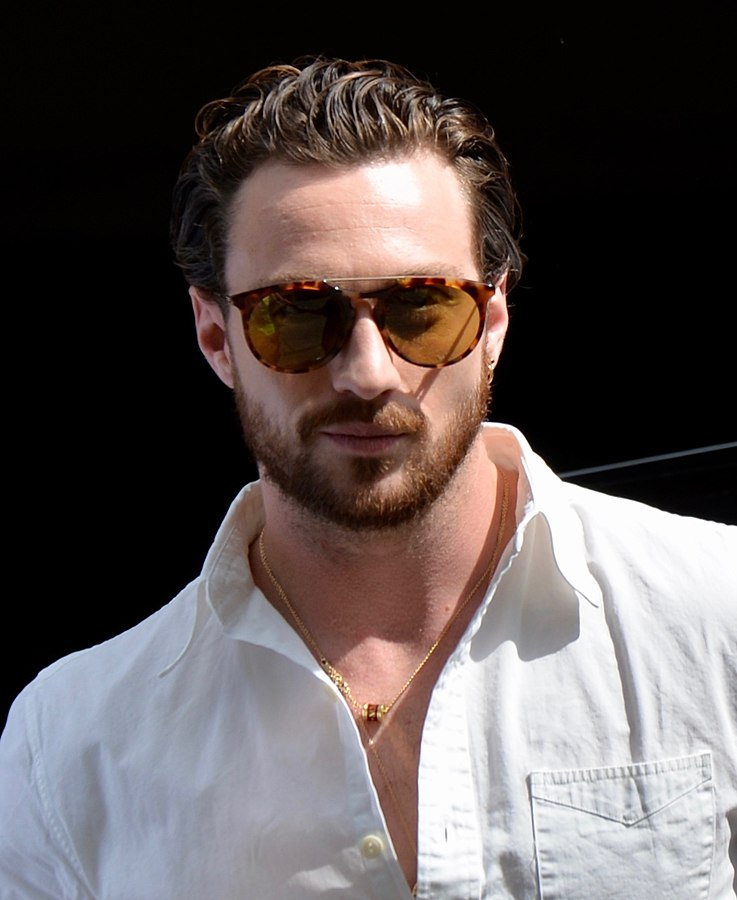 Your favorite actor is back on the screens. Aaron Taylor is an English actor, born on 13 June 1990 in High Wycombe, England. His father, Robert Johnson, is a civil engineer. Robert is married to Sarah, the mother of Aaron. Her sister Gemma Johnson played a small role in Tom & Thomas (2002). Aaron Taylor started appearing on the screens at the tender age of six years.

He became famous in England after playing a lead role in the film Angus, Thongs and Perfect Snogging (2008), opposite. Aaron is married to Sam Taylor, and they have two kids, Wylde and Roma. From Sam Taylor-first Johnson’s marriage, Aaron Taylor Johnson has two stepchildren Jessie and Angelica.

Aaron Taylor-Johnson movies have been gracing our screens since the early 2000s. On August 5th, 2022, Aaron Taylor made a comeback on the big screen as a member of the Bullet Train, and currently, he will be featured in Kraven the Hunter.

Aaron Taylor plays the British assassin Tangerine in the action-adventure film Bullet Train, which takes place on a train and pits him against Ladybug.

The American action comedy, and thriller, Bullet Train was released in 2022 and was directed by David Leitch from a script by Zak Olkewicz and was produced by Antoine Fuqua. The motive was to produce the movie in a thriller genre, but the motive changed during script writing and production.

Brad Pitt plays Ladybug in Bullet Train, an unfortunate assassin who is desperate to carry out his mission quietly after a string of jobs gone wrong. However, fate might have other ideas for Ladybug. Ladybug’s most recent job puts him on a collision course with deadly enemies from all over the world who all have connected but opposing goals. He must also figure out how to get off the world’s fastest train.

The Twins are a pair of assassins, and Taylor-Johnson portrays Tangerine, one half of the pair. Brian Tyree Henry, who plays Lemon, is the other half, and the two actors soon grow close, reinforcing their on-screen fraternal bond.

Aaron Taylor had been requested by David Leitch to act in Deadpool 2 but declined the offer. David Leitch offered him another chance to act in Bullet Train, and he accepted the role. He explains that acting alongside Brian Tyree in the Bullet Train film was fun, and he admired his acting skills.

Bullet Train film is receiving mixed reactions. Despite the reviews, Taylor Johnson already has a substantial number of well-regarded movies to reflect his body of work.

Your favorite actor, Taylor Jason, is currently working on a lead role in the Sony Spider-man universe film Kraven the Hunter. Kraven the Hunter is an upcoming American superhero film based on the famous Marvel Comics. The bullet train movie paved the way for this leading role in the forthcoming film.

Comic book movies are widely available, with numerous studios creating their fictional universes to keep you entertained. Kraven the Hunter is one of Spider-Man mythology’s most recognizable villains and has never been made into a live-action movie. It had previously been suggested that it be produced, but there was no strong motivation or attempt to do so.

Richard Wenk wrote the movie’s screenplay in 2018 after successfully writing The Equalizer 2. Sony saw the work was good and gave Wenk the task of introducing the idea to the audience and suggesting actors that would fit different roles. Things changed, and the script was rewritten in 2020 by Art Marcum and Matt Holloway. On May 2021, Chandor confirmed that he would be directing the movie and settled on Aaron Taylor as the leading actor.

The movie will be marking Aaron Taylor-first Johnson’s superhero appearance since Avengers: Age of Ultron. Quicksilver, played by Taylor-Johnson, collaborated with the villain and his sister, Scarlet Witch, to fight against the Avengers. Kraven the Hunter is scheduled to be released on October 6, 2023.

Taylor explained his character would portray him as a “protector of the natural world” by showcasing hunting skills that will keep you glued on the screen. He will act alongside Christopher Abbott and Alessandro Nivola, who will be the main villain.

Taylor Johnson loves acting and commits to the role given to him. He has been gracing your screens since 2000. Those are two decades. You get to learn various lessons from his lead and supporting roles. His comeback has brought joy to many viewers.

Meet TheGrandWy-Z, The Rising Star from the North Carolina