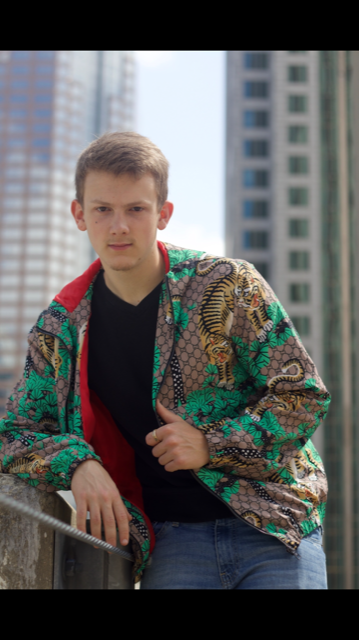 After a really rough 2020, things are looking up for influencers on social media. From Instagram to Twitter to Tiktok, there are many possibilities to make part time or even full time income online. This is a growing business considering the steady increase of social media use on a yearly basis. Almost everything is sold online now. There is no age limit to starting an online presence, resulting in many young entrepreneurs becoming very successful at a young age.

Welcome Jackson Cooke, an 18 year old entrepreneur from Charlotte, North Carolina. Cooke just started his marketing agency @ecomjac in early March 2021. He is just starting off and has already helped many artists grow their brand online. As of now, Jackson is mainly focused on his Instagram platform due to its popularity and his knowledge of its algorithm based on two years of utilizing it.

After pinpointing the mechanics of having a presence on Instagram, he found that social proof was the number one factor is one’s success. Social proof can be described as a social phenomenon where copying the actions of another person helps one undertake behavior in a given situation. Cooke noticed that as music is one of the most competitive industries in the world, talent often falls short when compared to numbers on social media . Many talented artists are commonly overlooked because of their sub-par numbers on the platform. In contrast, Cooke found instances as well of artists who were thriving due to their numbers but may be seen as a lesser overall talent. It is Cooke’s goal to find hidden artists and offer tools for them to grow online to support their careers success.

This young entrepreneur’s goals for 2021 include mastering online algorithms, supporting artists on Instagram towards getting verified and even helping local businesses. Cooke believes his next step will be utilizing facebook advertising, a competitive business that will lead him to continue growing his brand.

Jackson does not care much about the money. Even though it’s nice, he really just cares about helping the artist get to the next level organically and being a part of something bigger than him. Jackson loves to see things grow. In him, and around him. He tells us he wasn’t always like this. He became very selfish and self centered after losing his father 3 years back. He tells us he always had his guard up. At first, he thought this would be a great way to make money. Now, he sees a great way to give back and help a fellow brother on his purpose.

The journey of Dr King McCray, who is giving some major goals