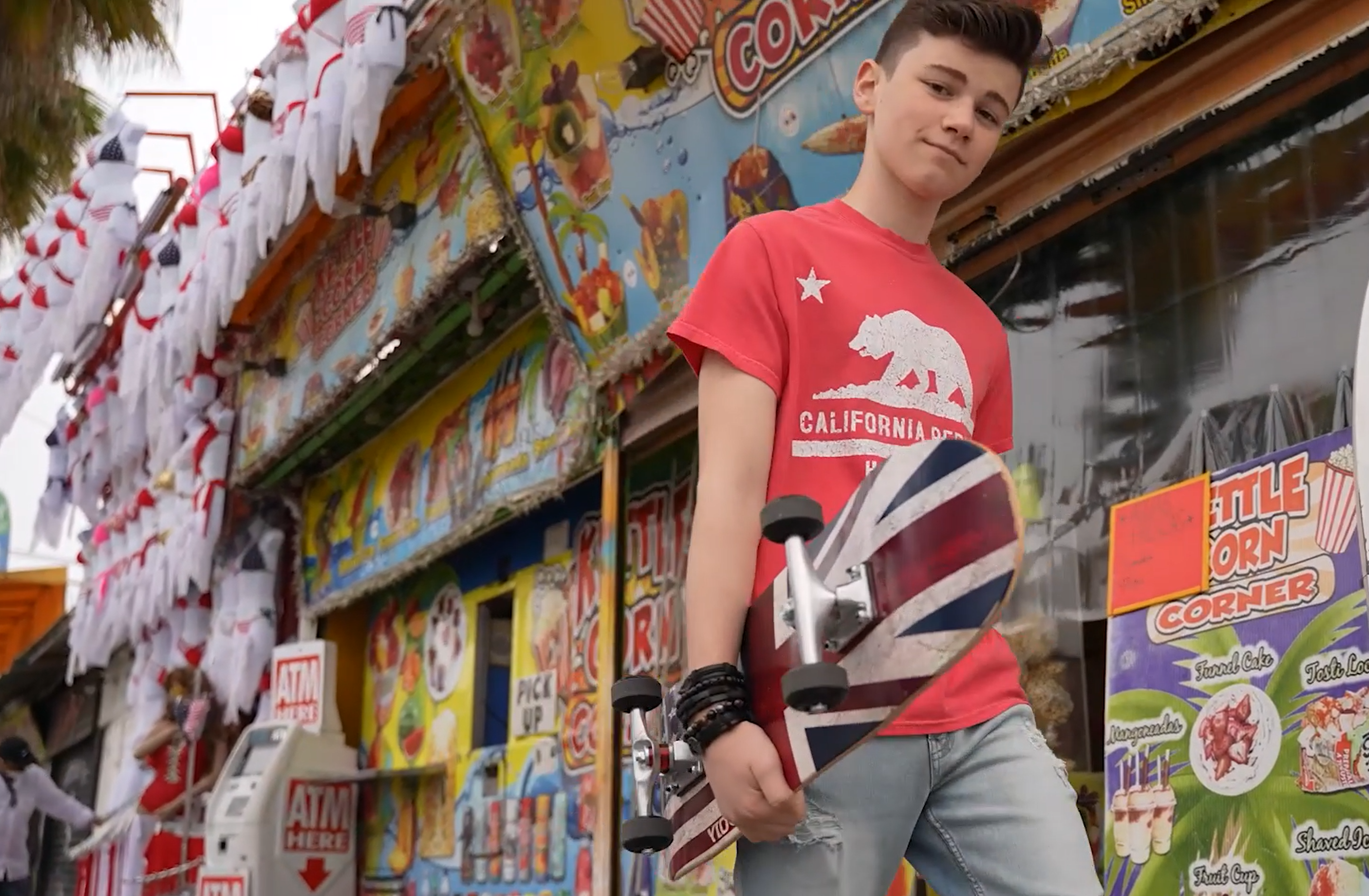 The Brits are back in full force this week. Pop stars Dua Lipa and Harry Styles both celebrated at the BRIT Awards, and now just in time for summer, Britain’s newest arrival, 13-year-old Alexander James Rodriguez has released a sundrenched California state anthem.

The teenager, who progressed from acting into music last year, wrote the song and filmed the music video at some of Hollywood’s hottest tourist spots including Venice Beach, Beverly Hills, Hollywood Boulevard, and the Hollywood Sign. There are also other notable California landmarks in there from Golden Gate Bridge in San Francisco to the Big Sur, and Lake Tahoe.

If this Brit-invader’s new song isn’t catchy enough, with its lively lyrics and feel good melody, Alexander chose to release ‘California‘ to coincide with Governor Newsom’s announcement of the re-opening of the golden state, giving us even more reason to celebrate all things California this summer.

“When I first heard the beat, which later turned into ‘California’, I instantly felt like the song should be about surfing and skateboarding. It was November last year, and restrictions were fully in place, so I started thinking about my favorite things to do in Los Angeles, and the State of California,” said Rodriguez. “Like most Brits in LA we love the weather, but I have adopted so much more. I love to get outside and explore. I have driven up the PCH from Venice Beach to San Francisco and stopped along the way. I have visited Alcatraz and Lake Tahoe, and so I wanted this song to be a celebration of all things Cali. From star-spotting in Beverly Hills to the stars on the Hollywood Walk of Fame. It’s my version of California!”

From The Beatles to Dua Lipa, Alexander James Rodriguez, is definitely the next Brit to watch. The singer-songwriter rose to fame at the top of 2021 when he received the ‘Rising Star Award’ at the Hollywood Music in Media Awards, alongside music giants John Legend, Justin Timberlake, and Kenny Loggins for his debut single ‘My Crew’. As an actor, Alexander is best known for his work on the popular TV animation series, ‘Bee and Puppycat‘ where he voices Cardamon. The show is headed to Netflix.

So far, the teen has released seven songs, and we are told there are four more up on deck including a Spanish-English hybrid.