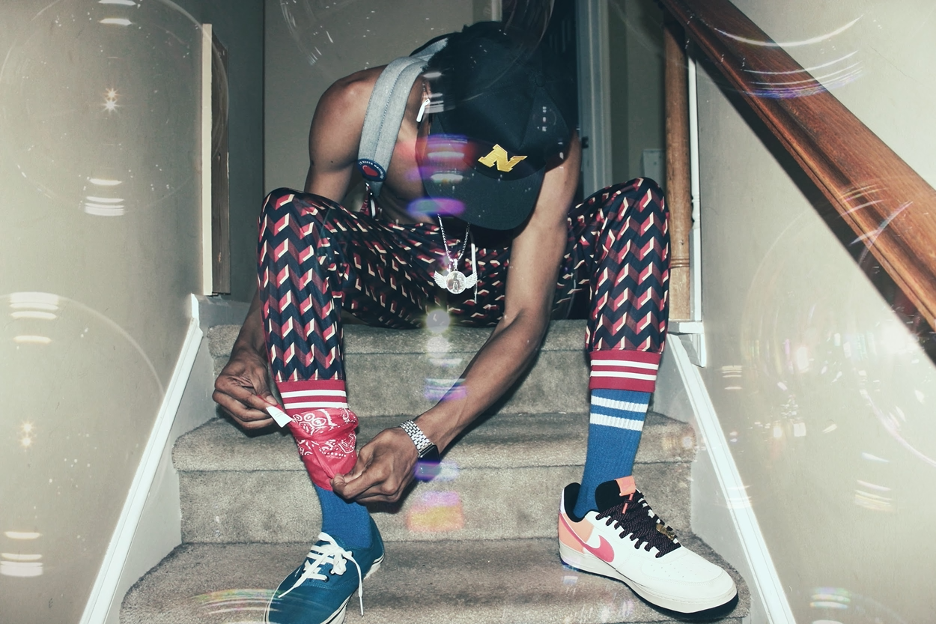 People say that only those can sing who have some affliction in their hearts. One who has been through some critical situations in life speaks up through different sources. Singing his heartbeats out to release what he has in his mind is an ultimate way to express.

Somehow this is true in the case of Birk Franklin, who has more than one moniker and all of them are so astounding that one gets curious that “WHO IS HE?”.  He is famous as Global Boy in the music industry followed by the other two “Lil GLO” and EZ$ Mali”.

An American young boy, a native of Michigan’s city Saginaw lived a happy life with a sweet little family of five. He then shifted to Atlanta, Georgia where his life has given him a certain platform to explore. His parents and two brothers are his strength whom he brought up playing and enjoying sibling’s funny fights.

A hope that rises every morning that one day he will do something big for them. He was not fully known about the serious disease his beloved mama had gone through which has crashed his original personality. He was too young to endure all of what was happening around him but his mind was still not plodded to throw him into a deep sea of sorrows. At that time music became his best friend which soothes his disturbed emotion.

It is believed that listening to Music is the only gesture that can undo all the sorrows and distressing feelings by giving one the chance to amuse.

He was not sure that this music will chum him for so long that made him what we know now “Global boy”. He then came to know different musicians whom he used to listen and admire.

This is not just the name of a famous musician for Global boy but indeed a spark of life that has brought a U-turn in his life.

He used to follow Drake when he was an actor. Drake’s switch to the field of music had hit Global Boy with a thought that a person can be good at more than one line.

A contended Global boy has grown up seeing his parents multitasking giving him the courage that he must have this quality in his genes. It pushed him to wonder what he could do best.

His choice was not wrong at all!

Music has been in his blood since he was young. Therefore he tried playing drums, violin, cello, trombone, keyboard, and guitar. But this was yet to show his mettle and express the love for music he resides in his heart.

Few musicians write songs as well. Writing what you sing is not a piece of cake. Only those can write who think the actual feeling of the word that can strike others’ hearts with melody. The global boy stands out in this as well.

How he promotes fashion with his chic dressing

and energetic singing has brought a new air of individuality among youngsters.  He comprises of the major qualities of the influencers he follows i.e. Drake, Michael Jackson, Chris Brown, XXXTentacion (late), and Tupac(late).

Some qualities that make him all-rounder in singing are worth sharing. He has ultimate control over his vocals and pitch with the passion to bring the new trend of lyrics for his audiences. Not only has he controlled breathing with the perfect time to deliver but a wish to improve more and more.

In short, Global Boy is more than what meets an eye, excelling in aura and passion. Now you must be curious about his music, right?

His new remix of Drake’s song “Laugh now, Cry later” featuring Chicago’s ground breaking star ‘Lil Durk’ is out now on YouTube. Go grab his boundless effort in that work. Moreover, “Overseas” is also not coming slow. It is his best collaboration with fellow rap peer, Likko Suavé. They have been hinting a collaboration tape in the near future.

Global Boy wants to put a healthy impact on the future of the coming generation, how he has been affected by Drake. A worth appreciating act by this young boy has moved so many youngsters. His top priority is to keep on delivering the dwelling stars in the audience’s heart.

Jiten Thakkar Started ‘Local Forever’ Amid The Pandemic To Help Small Business To Stay Strong In The Market!

How to Stand Out from The Herd Heading Into 2021