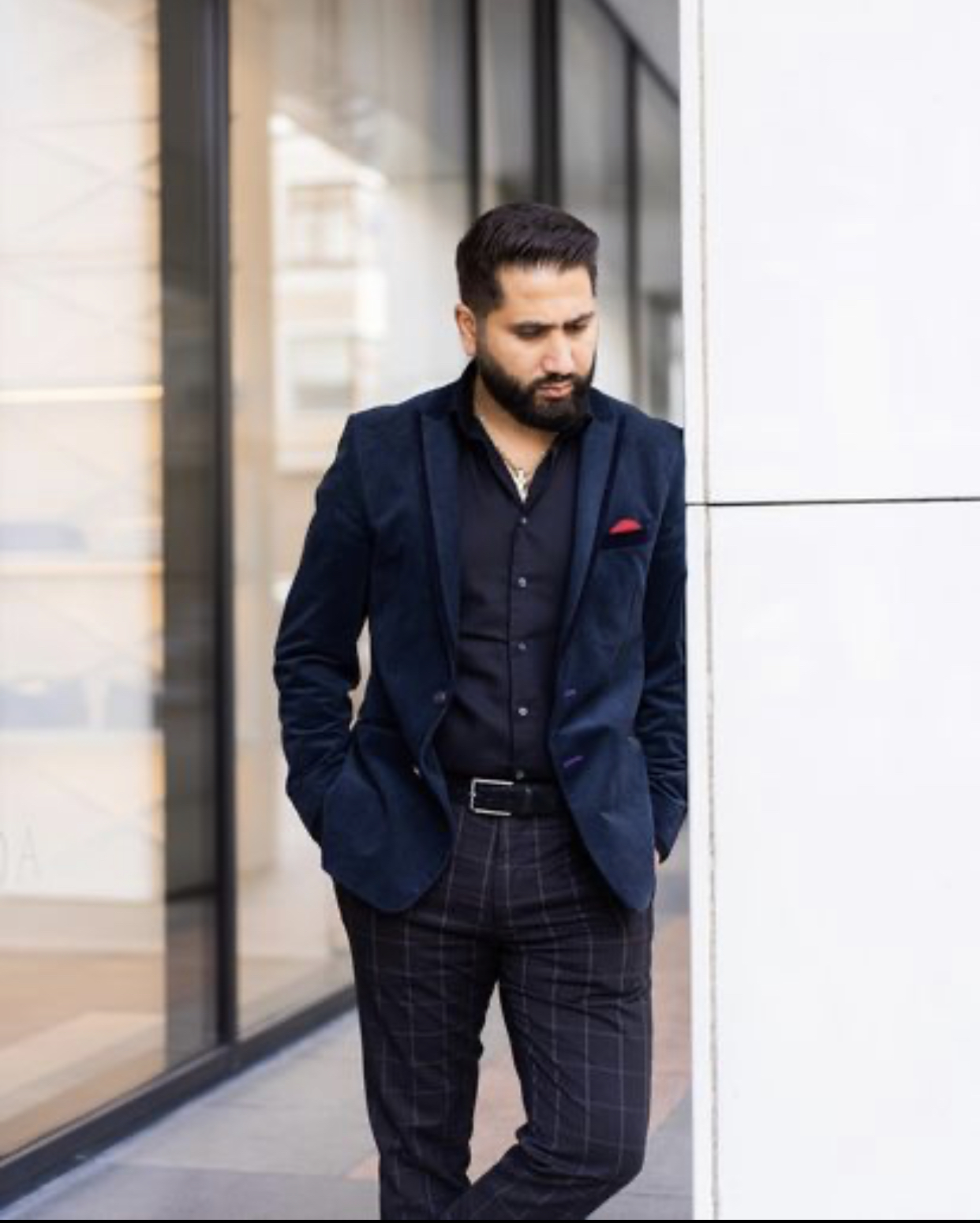 FAKE – MM: We are all those dreamers in childhood. Someone dreamed of becoming cosmonauts, someone a doctor, a policeman. They imagined what our adult life would be like, into which they were in such a hurry to plunge. And, ​​what did you dream of becoming as a child? And how real was the childhood vision of your adult life?

AndCapone: As a child, I had a dream to become an astronaut, however, like most children at this age. But over time, scissors began to fascinate me, a variety of ideas for haircuts came to my mind, which I embodied in reality on my peers.

FAKE – MM: In 1999 your family moved to Holland, where your teenage years passed. Was it false to adapt to the new habitat, or did you feel like a “fish in water” there?

AndCapone: The change in scenery was palpable, of course! A new country, a different language, a different mentality, and so on. Absolutely everything around was alien and unknown. But over time I reconciled myself, got used to it, and Holland became my second homeland.

FAKE – MM: At what point did you decide to become a stylist? What inspired you to do this?

AndCapone: As I said, scissors have fascinated me since childhood! Introduced different haircuts, hairstyles. Ideas began to translate into reality on friends. And over time, friends began to line up to me. Thus, it inspired me even more and more! And at that moment, I began to understand that this is my vocation – creativity, expressed with scissors’ help.

FAKE – MM: You have lived in Holland for no less than 17 years. During this time, you managed to become a successful stylist. In other words, they arranged their life well. But at one fine moment, you were enveloped in the charm of love and, leaving everything behind, moved to Russia, namely to Moscow, where the lady of your heart lives. And there were no thoughts to do otherwise – to offer her to move? Tell the story of meeting your girlfriend, now your spouse.

AndCapone: Yes indeed it is! I was brought to Moscow by the love of my life, which in the near future became my wife and gave me three wonderful children! The story of our acquaintance began in 2003. It was love at first sight! And it didn’t take me long to understand – she’s the one. And contrary to all beliefs, the distance only brought us closer. As for the move, you know, we are good both in Holland and in Russia. But with children, we are still more comfortable in Moscow. But how it will all be further – life will show.

AndCapone and his wife Suzanne

It was love at first sight! And it didn’t take me long to understand – she’s the one.

FAKE – MM: How are you in everyday life? Hanging up a shelf, taking out the trash, cooking dinner, for example, is it easy for you?

AndCapone: In my free time I like to pamper my family with my specialties.

FAKE-MM: How do you like to spend your free time with your family?

AndCapone: We love to travel when we have free time. We also like to walk in various parks, visit attractions. We love cultural and educational events.

FAKE – MM: Who supported you more in choosing a profession, mom or dad?

AndCapone: I can’t single out one of the parents in this question. Both parents have always supported me in all my endeavors.

FAKE – MM: You are now a top stylist in the world. A large number of top stars entrust you with their hairstyles: Timati, Egor Creed, Maxim Galkin and so on. Who was your first celebrity client?

AndCapone: In fact, when I was in Holland, even before the stars of Russian show business and sports, there were already world-class stars on my list: DJs, athletes and many others.

FAKE – MM: How do you feel about pride?

AndoCapone: When it comes to pride, I believe that every person should have a sense of true pride.

FAKE – MM: The list of your clients also includes footballers, including the players of FC “SPARTAK”. What hairstyles are in fashion for football players?

AndCapone: First of all, football players value creativity and individuality. They try to choose hairstyles not like others.

FAKE – MM: Despite the fact that you are not quite fond of football, you do not miss Spartak matches due to the fact that the number 10 of the club – Quincy Promes – is your close friend. Is it difficult not to love football but still be a friend of a football player?

AndCapone: Not at all! There are absolutely no complications. Quincy and I have been friends for a very long time, and you can say we have kindred spirits, and kindred spirits will not interfere with any profession or anything else.