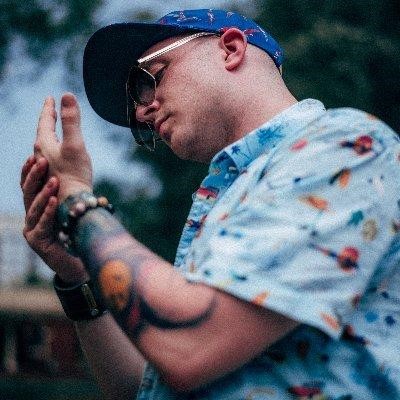 Sweetapple Wes is an American artist in the alternative Hip-Hop space whose unique storytelling and musical abilities perfectly capture the essence of the millennial experience through his works. While once dealing and using drugs as a young teen, Wes found music as an effective way to destress and escape from the realities of his upbringing as a single child in a broken home. He states:

“Music has always been more than just a pastime or hobby, it was therapy.”

Wes has always tried to highlight both the highs and lows of life, because he personally knows all that life can throw at you, while also experiencing significant personal success throughout his career. With his raps and rhymes set over soulful hip-hop beats, Wes’s music is deeply impactful and relatable.

Wes knows all too well that the music industry isn’t always filled with the highest of highs. He’s experienced friends who tried to leech off of his ambition, and Spotify even took down all of his songs at the start of 2021, which have since been recovered. The depression, fears, and anxiety of finding quick success is also very real, which led to overthinking and self sabotage for Wes in the past.

But none of this can overshadow the triumphs and successes for Wes. Through hard work and determination, Wes grew his platform alongside friends who were hustling and doing what it takes to make opportunities happen for themselves. Surrounded by a community of self-taught musicians and marketers, he has had quite a fun and informative experience discovering himself through his work and efforts.

Now having had two songs chart on the Top 150 Independent Hip-Hop/B&B charts and hitting 100k listeners on Spotify one month, Wes’s career is only going up. He has been featured on numerous radio and podcast interviews, including iHeart Radio. With his track “cigarettes”, he got over 500k views on his first official music video that was directed by Rob Terrell, and he also inked a single distribution deal with Sony Music for this track.

Looking forward, fans can expect more projects from Sweetapple Wes, alongside short stories and visuals that bring to life the feelings and sentiments he’s aiming to capture through his works. In the future, he hopes to break more into acting and eventually write a television series loosely based on his upbringing and current life as an artist.

You can hear more from Sweetapple Wes and his latest projects at his Instagram.

How Teri Ashbaugh Is Transforming Clients In Physical Health

Ken Blowfield: Business Has to Come From Ambition With a Vision and Mission