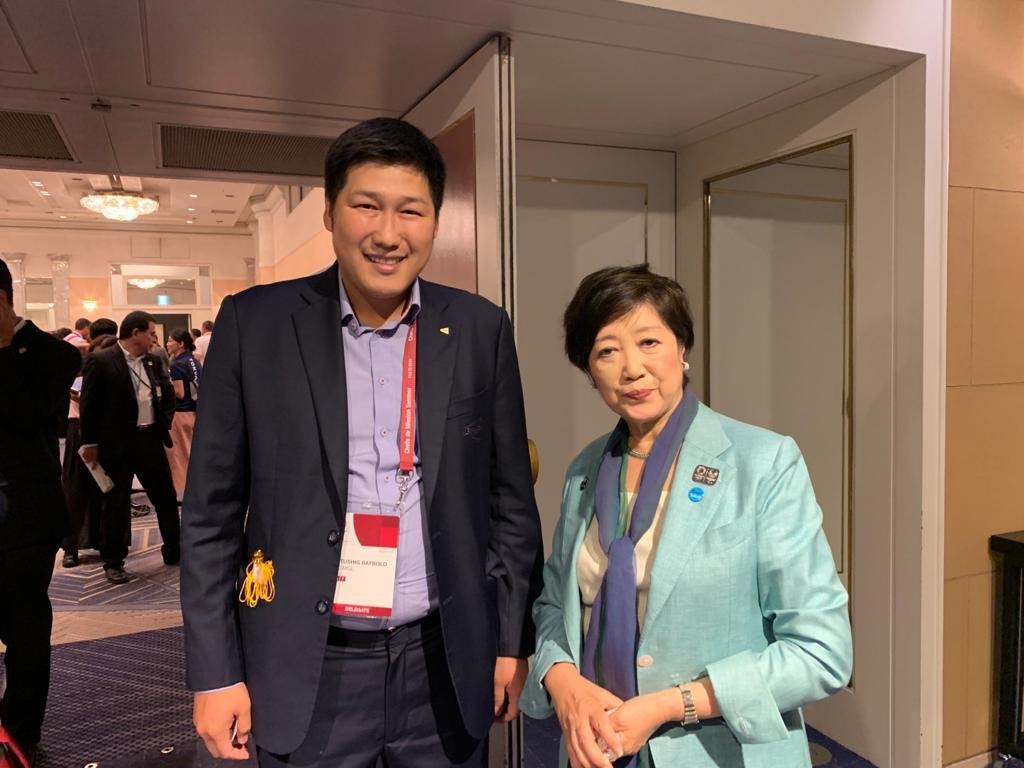 With over 60 years of history, the Mongolian Olympic movement has started a new chapter. This chapter begins with the 2nd Mongolian to be elected as a member into the International Olympic Committee, Battushig Batbold. The position—which Battushig holds on top of also being the First Vice President of the National Olympic Committee of Mongolia—not only bodes well for the young entrepreneur who has always had an affinity for sports, but for the country itself. This step positively impacts Mongolia’s role in the international space, in sports and beyond, with Battushig representing the new generation of leaders.

Battushig’s role in the IOC

Having representation from Mongolia’s sports community in the IOC illustrates the Olympic Movement of the country heading in the right direction. “Involvement of a Mongolian in the decision making process of the highest governing body of the Olympic Movement will unquestionably bring positive outcome” said Secretary General of the Mongolia National Olympic Committee Badaruugan Enkhbat. Battushig’s election to the IOC is focused on the Marketing Commission, and deals with the TOP (The Olympic Partners). His role is to drive the Olympic Movement into the digital age and contribute to the introduction of new technologies such as big data, artificial intelligence, and AR/VR.

More than qualified to do the job but did you know these facts?

Battushig’s affinity and expertise when it comes to sports is quite impressive. His interest goes back to when he played on his high school’s basketball team, with dreams of playing professionally for the NBA staying in the back of his mind, even at university. Upon successfully completing his studies at Harvard and returning home to Mongolia, he continued his pursuit, but not as an athlete, rather a continuous contributor, manager, and supporter of sports. Adding to Battushig’s list of accolades, is an appointment to President of the Mongolian Badminton Federation in 2015. Badminton is as well known as “air tennis” in Mongolia. Since taking office Battushig started introducing the sport to the rural youth, in an effort to increase its popularity. One of his highest achievements in the role is that Mongolia has held three consecutive advanced international badminton tournaments in the past three years, allowing local athletes to compete with talented international athletes. Battushig’s efforts have been well acknowledged and recognized internationally, leading to him joining the decision-making council of the Badminton World Federation; the first ever elected world position held by a Mongolian national on an Olympic Sport.

Not just sports, Battushig is also a very successful entrepreneur

Besides his sports career, Battushig also manages and chairs companies that his father founded including Altai Holding, Emart Hypermarket, Skytel and Skymedia Telecom, and several media companies. The companies are some of the most active supporters of the sports industry. Skytel, one of the leading telecommunication and media companies, was a sponsoring partner of the National Olympic Committee for the London and Rio Olympic Games. So naturally, Battushig did not take his role as the First Vice President of Mongolian National Olympic Committee lightly, and has since his appointment, specifically focused on foreign relations, cooperation, and partnerships for the NOC. Battushig’s contribution to Mongolian business and sports development has already made an impressive impact, and given his drive and dedication, will likely continue in the years to come.

TommyHill Opens up about his unique music style, his new “Abandoned” video and plans for the future