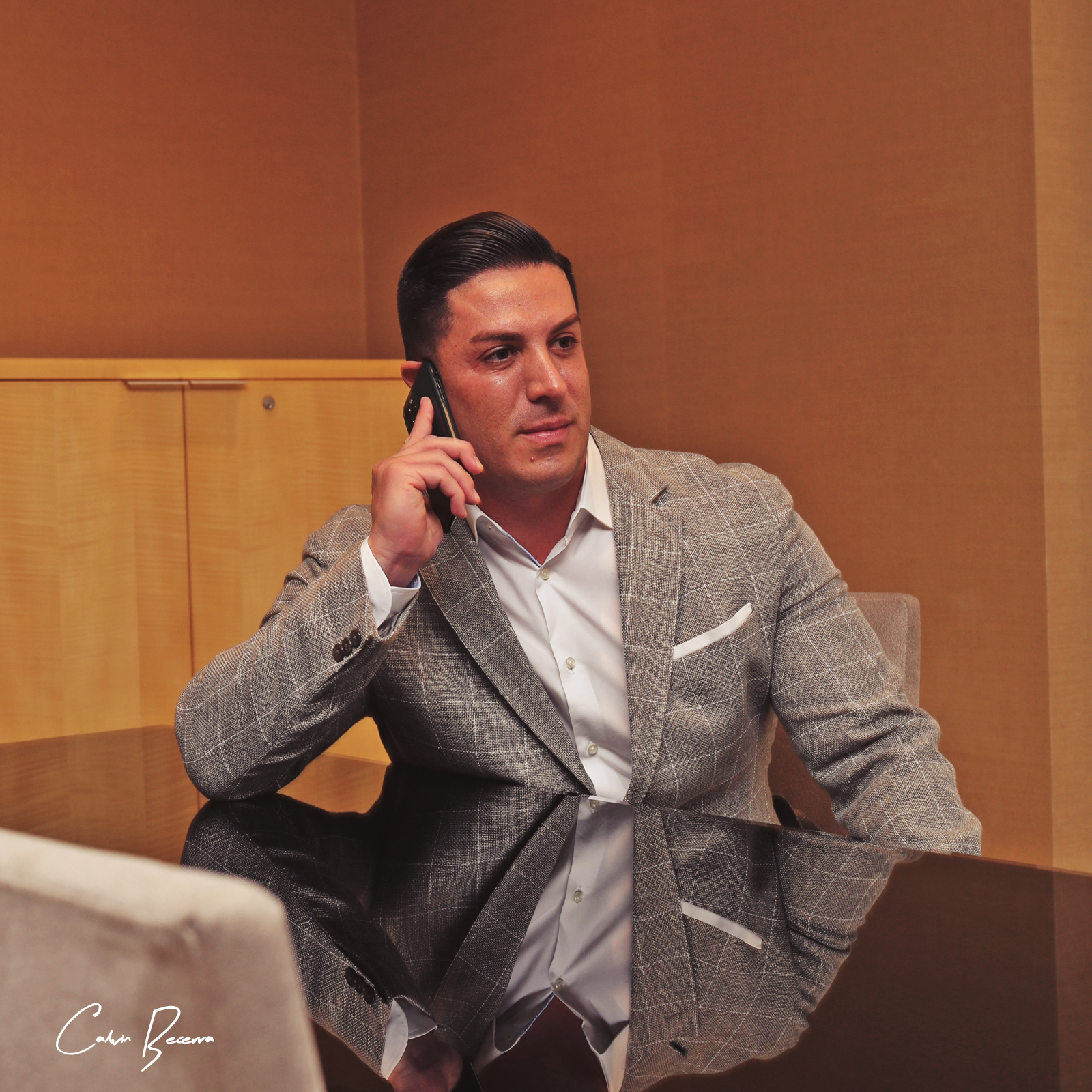 It’s not uncommon for millionaires to share their background and reveal that they have come from low-income families or even poverty. When it comes to Calvin Becerra, this is certainly applicable.

Having been born into a family with 3 siblings and a single mother with no money, Becerra knew the meaning of the word struggle from the very beginning of his life. His mother couldn’t afford to send him or his brother to a good high school, so they both worked 3 jobs to pay for it themselves. Slogging tirelessly from early morning janitor jobs to afternoon gas station work and finally on to a late-night waiting job at a diner, every single day was filled with grueling labor and physical exertion.

Despite this, Becerra was still able to succeed. Calvin was brought up with a strong sense of the value of hard work, and he carried this with him into adulthood. He believes that if he hadn’t experienced the struggle of earning money for his own school tuition, he would not have had the opportunity to open the doors that led him to become a self-made millionaire.

He became a millionaire in the Real Estate industry at the age of 23, then going on to become a serial entrepreneur and top salesperson for two international companies. He invested in other businesses, which eventually turned into multi-million dollar sales teams all around the world. The two billion-dollar companies, MonaVie and Jeunesse Global, are proof of his hard work, determination, and a genuine belief that he deserves this success.

Becerra really is an excellent example of the power of determination. He chose to decide the direction in which his life was going to go, choosing not to allow his meager upbringing to hinder him. Instead, he actually used it as leverage because it gave him the motivation to create a better life for himself and his family. There are so many other people who grew up in very similar circumstances to Becerra, but he took control of his life, working diligently and taking responsibility for his own future. Becerra did the total opposite of what many people do: instead of blaming external forces for his shortcomings, he used them, turning them into reasons why he deserved the life he currently lives now.

As someone who grew up very close with his mother, Becerra notes that she always spoke positively about his future and the future of his siblings. He believes that she manifested his success by constantly telling him that he was better than his current situation and that one day he would grow up to be a huge success and “buy her a house.” Comments like this may have been somewhat tongue-in-cheek, but this genuine belief in his potential yielded huge results, as Becerra grew up to be the youngest millionaire in his company, which he achieved in his early twenties.

These days, Becerra coaches business owners on how to train their sales and marketing teams, expand their revenue, and grow internally. He truly wants to share his success with those who want to listen, as he believes that success can be achieved by anyone who wants it enough.

Calvin is now available to coach others and sales teams on motivation, success, and sales techniques, and regularly shares stages with some of the biggest names in motivational and sales speaking, such as Tony Robbins and Gary Vee. If you’re ready to change your life for the better or push through to the next level, Calvin is here to help. You can find him on his website and his YouTube channel, which has hundreds of videos so you can start learning from him right now.

From Athlete to Entrepreneur: How Matthew Nickerson Wound up Co-Creating the iconic Nutraceutical brand VASO6