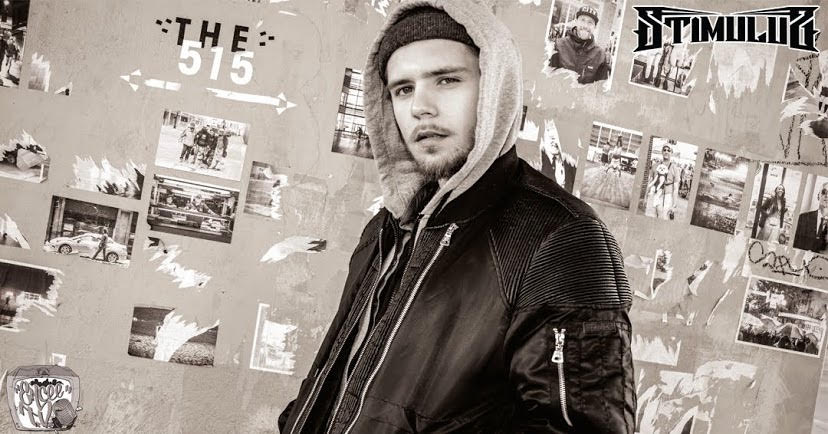 STIMULUS is an independent rapper hailing from Omaha, NE. He launched his independent label (Prospect Records) in 2018, became his flagship artist, and hit the road to put extensive work in. He has an eclectic approach that borrows from his plethora of influences, including but not limited to Eminem and 50 Cent. With an entrepreneurial spirit and a versatile approach, he’s one thousand percent an artist to watch. Currently, STIMULUS is dropping new content monthly at the very least while continuing his performance hustle as best he can. He’s been a midwestern staple on the “King Of The City” tour with national acts like Jarren Benton, Lil Flip, and UBI of Ces Cru. The most impressive element of this to me is that he’s aligned himself with a business partner/promoter that assures he lands the premium opening spot. We all know attending shows, that fans often arrive late as they are there to see the headliner. When you’re immediate support, this assures that people see you as well and that you aren’t playing to an emptier room. This is a trick of the trade that many artists learn the hard way. Doing shows with big-name artists is cool, but you have to make sure that it’s actually a good look for you in the short and the long term. Many artists in the digital space, particularly since the pandemic, have also seemingly forgotten that it’s vital to put “boots on the ground” and really build your following brick by brick. Consequently, I love and very much respect this artist’s approach.

He recently dropped a visual for one of his most successful records; a song entitled “Dead2Me”, inspired by his ex. The song has gathered steam and done over 130k on Spotify, and the visual is equally compelling. I am always on board with artists who are really opening themselves up to listeners and sharing not only their story but their soul, that is very much clear with STIMULUS. You can give that a look/listen right here.

STIMULUS also very much walks the walk on the music business side. He attended famed Full Sail University and focused on Music Production and Audio Engineering. It’s vital in today’s independent music industry landscape to wear multiple hats which is obviously the case with STIMULUS.

Building his base with sound business, hustle, grit, and savvy, I’m confident that STIMULUS is a name you need to be familiar with. I’d encourage you to give him a look, listen, and a follow as soon as possible: