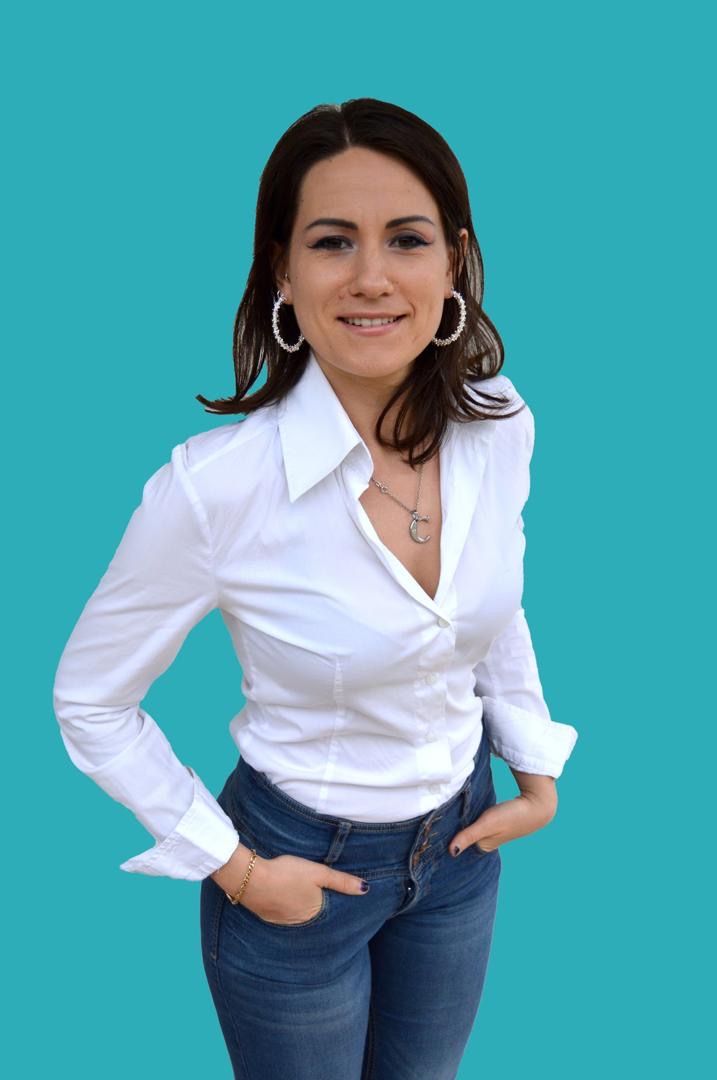 There are many forms of art, some musical others acting this time we go more the traditional route in this story and cover the talent of painting. Thousands of years and very well may be the original type of art that spawned into these other forms we mentioned.  Let’s take a look at this amazing painter who is making a lead way in the art industry.

Chiara Magni is an Italian professional painter who lives in the north of Italy by the Garda Lake where she draws her inspiration. She specializes in the fingerpainting technique.

These questions and emotions were what prompted her to try to make a living out of being a painter.

In this article, Chiara talks about her painting process and everything else that has pushed her to come so far.

Chiara specializes in using Oil paint. But in the past, she has experimented with other methods. She has learned all the mediums, acrylics, tempers, watercolor, pencils, fluid paint, pouring methods, and a whole lot of other methods.

But despite having knowledge of all these methods, she realized earlier that Oil paint was her thing. It makes her feel comfortable and happy.

Chiara Magni begins her paintings with an idea of the emotions she wants her art to communicate.

This is because the goal of her work is to evoke certain emotions in the viewer. Most of these ideas are affected by the things that inspire her; nature, the night time, the starry skies, everything she hears, and the things she feels.

Before making any painting, Chiara makes sure she primes the canvas. She never paints on a solid white canvas because it makes her nervous and the oil doesn’t flow that easily. With an idea already established, she moves on to do a series of digital or traditional sketches on a smaller canvas. The sketches are followed by an underpainting with acrylics or oil.

Actual painting begins when the underpainting is dry. She prefers to use oil as a medium for painting. It gives her more comfort than other mediums like pastels, pencils, tempera, watercolor, and fluid paint.

The very first contact her finger makes with her canvas takes her to a new world where she only cares about creating art.

She becomes really focused as a lot of emotions come into the scene. It takes hours, sometimes days, before the painting is finally completed.

Details are later added after the painting is left to dry for a few weeks.

When asked which was more important to her- the painting process or the result, Chiara said;

“The results for sure. The main thing is to create emotions and have something to say. How you do this is of secondary importance.”

You can reach out to Chiara on

HOW VOICE TECHNOLOGY IS SHAPING EDUCATION AND ENTERTAINMENT

How To Improve Your Statement Of Work With Natalie Cutajar