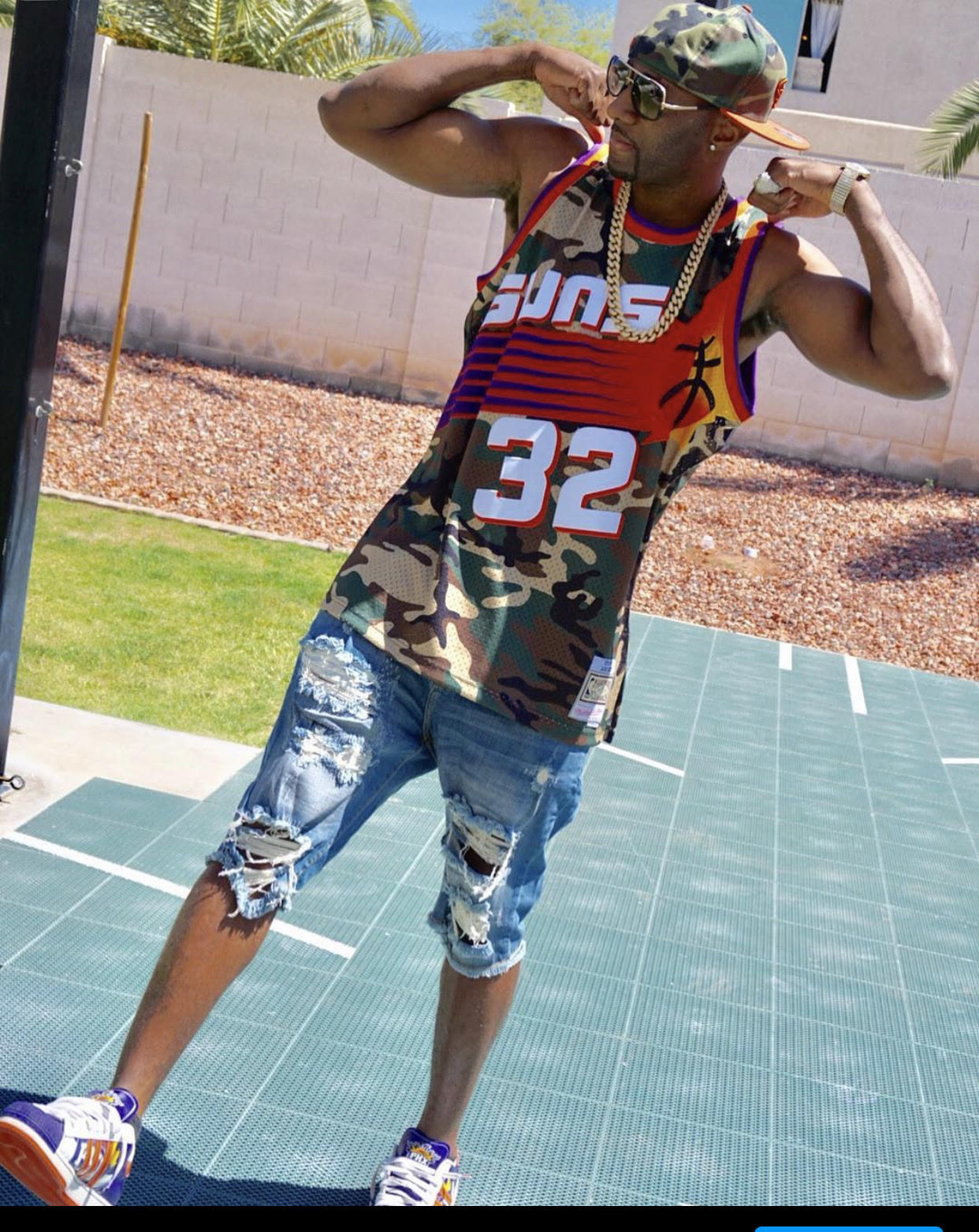 Deebo Lotti Maserati is from Milwaukee but currently resides in Phoenix which made for a dope perspective on his anthemic “Gorilla In The City” visual, a joint that features Skinny T and is very worth the look and listen. Like many up-and-comers today, Deebo is well aware that wearing the artist hat alone won’t quite suffice in most cases. Consequently, he adds additional value on the entrepreneurial side of things as CEO of Every Stack Counts Entertainment. Business savvy and being a multi-faceted independent creative are integral in today’s game.

Getting back to his latest and greatest, “Gorilla In The City”, was directed by Marcellas and is clean throughout. The hook is infectious and Deebo’s raspy tone paves the way for exceptional delivery. The actual Suns’ Gorilla was fun to see in the visual among the cash and weaponry that show the listener that Deebo isn’t playing. Skinny T’s flow is unorthodox and adds a dope dynamic to the track that makes monotony an impossibility. Whether or not the Finals worked out in the Suns favor, this one remains a banger that’s worth revisiting. Maybe this time next year, they’ll be bumping it in Phoenix to celebrate a Suns victory as like Deebo Lotti Maserati himself, they’ll undoubtedly remain contenders for a minute.

Deebo Lotti Maserati wears his midwest and west coast influences well and has been harnessing them with consistency for over a decade. His work ethic and artistic ability have led to big-name collaborations including but not limited to Kevin Gates, Philthy Rich, Nino Brown, DJ Drama, and more. He is perhaps best known for his “Gas” Album series: “Thousand Pounds Of Gas” (2018), “Gas Mountain” (2019), “Gas Galore” (2020), and “Gas Galore 2” (2021). In 2020 Deebo was considered for a Grammy nomination for “Best Melodic Rap Performance” for his song “Bread Winner” on the Grammy shortlist.

Currently, Deebo Lotti Maserati is hard at work on his next album “Gas Forever”, a continuation of the aforementioned acclaimed series. The dope vocal inflection, ability to pick appropriate beats/enlist the right features, and a sensibility to craft a catchy hook without making a record that’s too repetitive all make for a formula that makes Deebo an artist to watch now and for the foreseeable future. I’m personally hyped to see everything he has on the way as an artist and also look forward to seeing how he’s able to elevate his brand as CEO of Every Stack Counts Entertainment. I’d encourage you to get on board sooner rather than later, and you can do so at the links below:

How James Knight Plans on Revolutionizing the Music Industry!