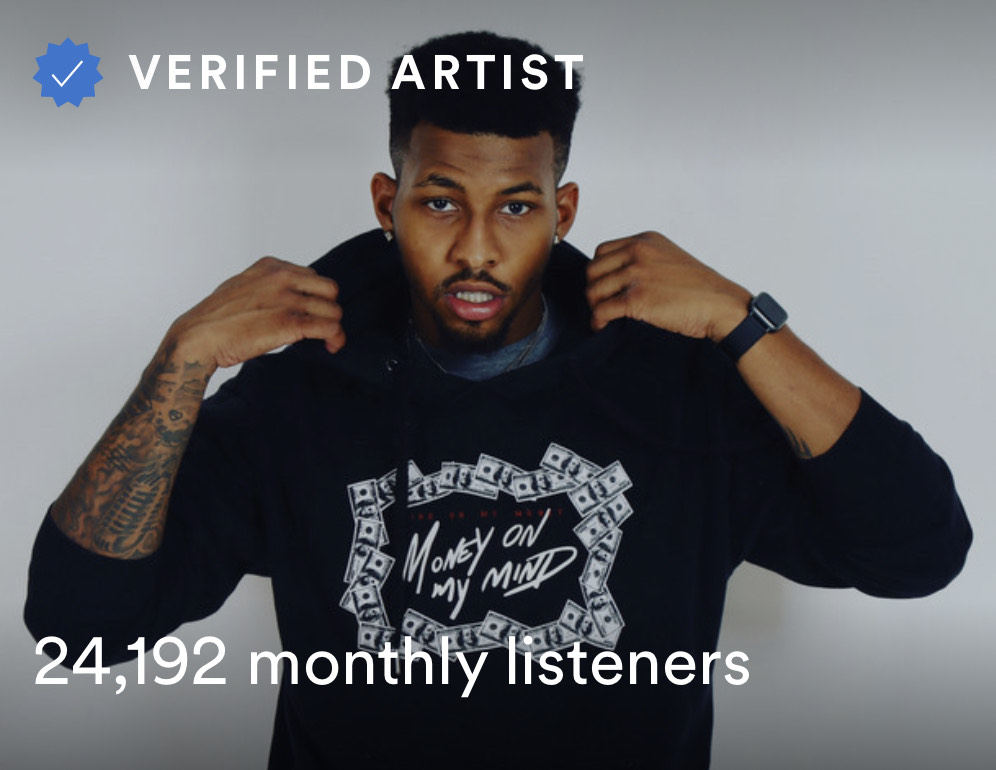 Music is something that brings people together. Regardless of what genre of music you gravitate towards, you most likely have a favorite song out there somewhere if you stumbled across this article. In this article we will examine seven things New York City music Recording Artist Aaron Reflex, born Mustafah Aaron Steele does in order to be a successful HipHop Hop & R&B music artist in the music industry. By examining some of the things Aaron Reflex, does we will be able to get a better look at how a independent music artist can grow and flourish in a very competitive field.

Our first step that Aaron Reflex does is to be consistent. If you Google Aaron Reflex you will find his music is available on all music streaming platforms and he is on most major social media networks and active. This is important. When you are a music artist you have go give people content. You can’t drop drop a song one day, take months off then come back. You need to market and promote. Aaron is very consistent on YouTube. Aaron Reflex has gained hundreds of thousands of music streams online on Spotify and access all music platforms and a big part of that is because he is active and networking online. The internet is a powerful tool. You need to make sure your fans can find you & your music.

Our third step that Aaron Reflex does in order to be successful in the music industry as a independent artist is keep his fans updated and engaged. If you go to Aaron Reflex story or follow his updates on Twitter or Instagram he will sometimes post polls and engaging questions giving his fans two choices of songs to release.  He will ask if he should release new content and give his audience the opportunity to choose. He will post the results and do what the majority voted. This is a fun way to make your audience apart of the experience from start to end. When a influencer or artist says something on social media and delivers on it adds credibility to their character which is built over time. Aaron Reflex has definitely been consistent with the content he brings his fans and how he engages with them. His fans seem to enjoy his content. He recently released a 10 minute video to YouTube highlighting some of his top fans.

Our fourth step is Belive in yourself & know Your Worth. Aaron Reflex has expressed before he will not sign a deal unless it’s worth it. He has said he enjoys creating and making music as a whole so he does not wanna sign just to say he signed or for a chain. He is signed to himself. Aaron Reflex reportedly turned down multiple independent record label deals. Attention Artist reading this, we live in a day & age of the internet. Although having a record label can be beneficial; especially if your on a good one, more and more talented artist are emerging due to the talent and followings they grew online. Aaron Reflex is one such talented artist. We have heard many artist in interviews talk about signing a deal then owe m record labels money down the line. Aaron Reflex has expressed that if a record label does not see his worth he will continue to stay independent until they catch up and pay what he is worth.  Aaron Reflex has expressed having his label signed to a major record label is possible one day but only if they give a great deal. Believe in yourself & know your worth Artist.

Our fifth step is be creative and unique & to step out your comfort zone. Aaron Reflex is always making new innovating content. Although me is a music artist, Aaron Reflex will post basketball videos of him dunking, making incredible shots, & dancing videos. Aaron also post singing videos, live performance videos, & Vlogs. His content can be found across all social media. It is a good to be diverse  as influencer & creator. Aaron Reflex does a good job at displaying his different qualities to his fans. When you do this you are humanizing yourself and becoming more relatable with people who do those activities. Aaron Reflex has a husky named X that he often post and sometimes jogs with. Don’t be afraid to let your audience see your personal life.

Our sixth way is be organized. Aaron Reflex owns and runs a website (AaronReflex.Com) where he has links to all his music, press, videos, and social media platforms. It is important to be able to find your favorite artist music or influencers content. Aaron Reflex a great job at making sure his fans can connect with him everywhere he is active on online.

Our last seventh & final thing Aaron Reflex does in order to be a successful music artist is messaging his fans directly about new content and ventures. Aaron Reflex has expressed in the past in radio interviews that you should message your fans and communicate. If they are really your fans or supporters they won’t mind. This is a great way to stay humble and remember where you came from. People will also be more willing  to support you because you are reaching out when most celebrity artist do not. Don’t be afraid to message people about you content. Aaron has said he started doing this and everyone ain’t reply but he built relationships with the people who did support him. Don’t don’t focus on who is not supporting you focus on who is.

Thank you for reading this article on Seven things Aaron Reflex does to be a successful independent music artist.