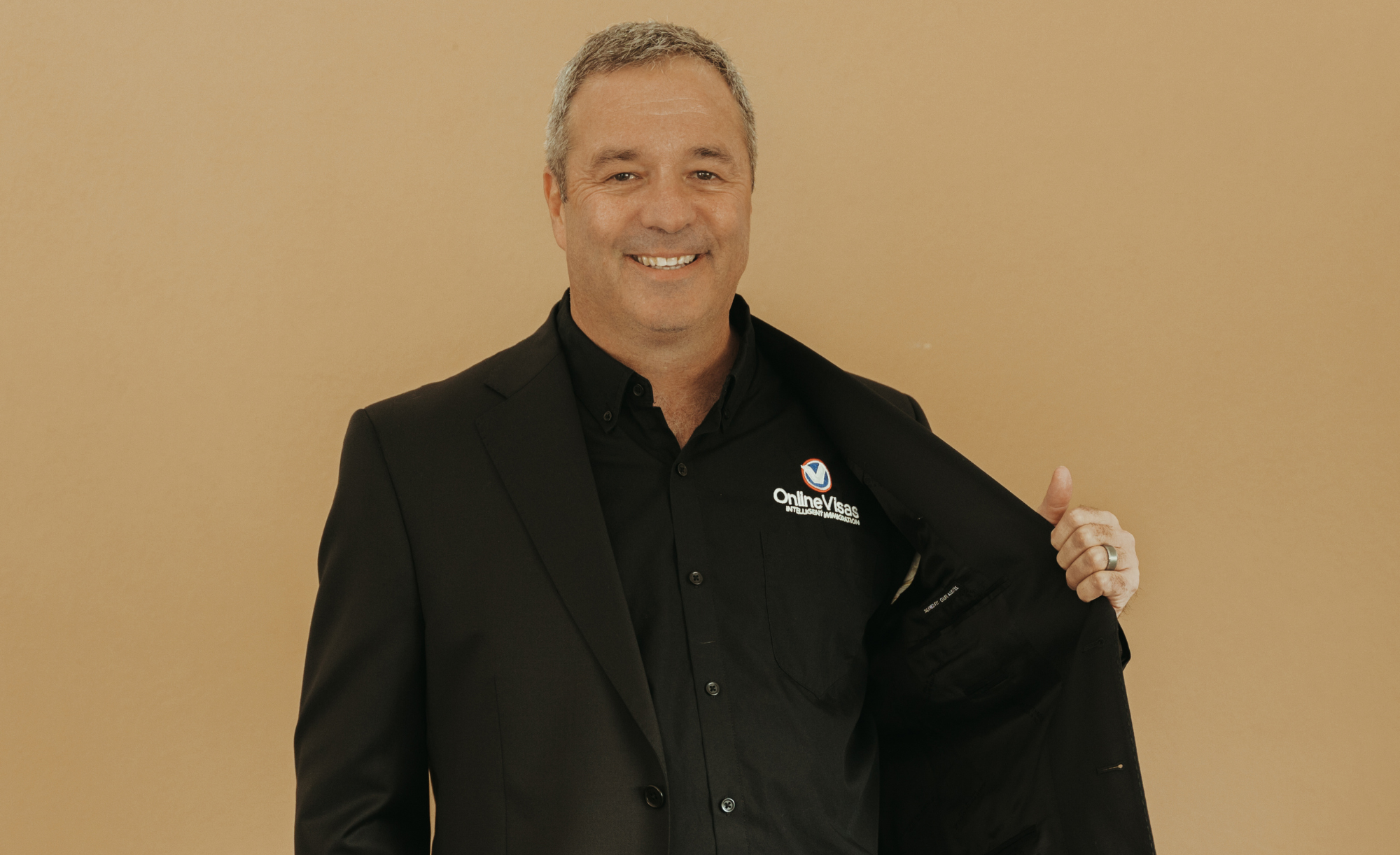 Caption an image of Jon Velie, CEO and Founder of OnlineVisas and Visas.AI, a startup seeking to disrupt the immigration law industry by empowering attorneys with their AI-powered platform. © X NETWORK (WWW.XFIRM.IO)

One of the major challenges faced by Immigration attorneys is the constantly changing body of law and the inconsistent decisions made by US governmental agencies. To date, software solutions for Immigration attorneys have been limited to case management systems and form-building packages. Respected, 30-year Immigration attorney, Jon Velie is on a mission to change that and disrupt an industry as old as the United States itself. In a recent interview with LA Weekly, he stated “He knows you can lose a case in the form, but you win a case with briefs that identify and answer issues”… And that is why he created the OnlineVisas.com Visas.AI platform, which helps attorneys create strategies and identify potential issues ahead of time. The answers are drawn from an ever-growing database called Winning Strategies and recommended to attorneys through an AI-based Large Language Model. The engine is trained on Velie Law’s decades of experience in Immigration law. Contrary to those who fear change: The use of artificial intelligence doesn’t replace attorneys; it makes them better and faster.

As an experienced Immigration attorney with a very reputable track record, Jon Velie himself has a thorough understanding of the complexities of the law. In his law firm, Velie Law Firm, Jon regularly works with very complex cases and wins them almost every time.

The results achieved by Velie Law Firm in June 2022 are a perfect example of how the technology can be put into a case study. During that month, the firm used Visas.AI to file 70 H-1B visas in a single day, and 460 H-1Bs for over 100 companies in a month. This represents a significant improvement over the previous year’s record when they filed a total of 457 visa petitions of all types. The platform helped the team obtain a 99% approval rate for H-1B visas filed in the past two years, building on their impressive 95% approval rating during the Trump Administration, when the national approval rating dropped to under 60%.

This high success rate is due in part to the attorney-guided platform, which builds visually-appealing briefs that identify and address issues commonly raised in US Immigration cases upfront. This strategy reduces the number of requests for evidence (RFEs) and denials and is far superior to the typical approach of a short cover letter.

OnlineVisas’ platform helps business and family-based Immigration cases, as well as asylum and refugee cases. Most recently, they were involved in the aid of Afghans and Ukrainians. The company recruited asylum attorneys, including Jon’s firm, to use the platform to file cases. In the fall of 2022, OnlineVisas released its Visas.AI platform to an invite-only pool of Immigration attorneys. Soon, the game-changing service will become open for new subscribers right on their website. Their ultimate goal as a startup is to use the largest database of Immigration knowledge in synergy with their unique artificial intelligence to scale the product to deliver a million dreams.

The Immigration industry is a vital part of our society and economy, as it allows individuals from around the world to come to the United States to work, study, and live. However, the regulations governing this industry are constantly changing, making it challenging for Immigration attorneys, businesses, and individuals to keep up. Jon’s AI-powered platform being developed by his start-up, Visas.AI, has the potential to be a game-changer in this industry. By using artificial intelligence, Visas.AI can significantly shorten the time it takes Immigration attorneys to prepare a case (ensuring they spend their time on strategy instead of collecting and organizing data and producing documents) and increase overall approval ratings. Therefore, improving the Immigration industry in accordance with fast-changing regulations is important because it allows for smoother and more efficient processes. This will of course be done while ensuring that the industry operates in compliance with the law and protects the rights of those seeking to immigrate to the United States.

Related Topics:Artificial IntelligenceImmigrationStartups
Up Next

The youngest Forbes 30 Under 30 in Marketing & Advertising. Immigrant entrepreneur, writer, and business expert Pierre Subeh is the founder and CEO of X Network, his SEO marketing firm that has worked with clients like Apple Music, Haagen-Dazs, and Pepsi.