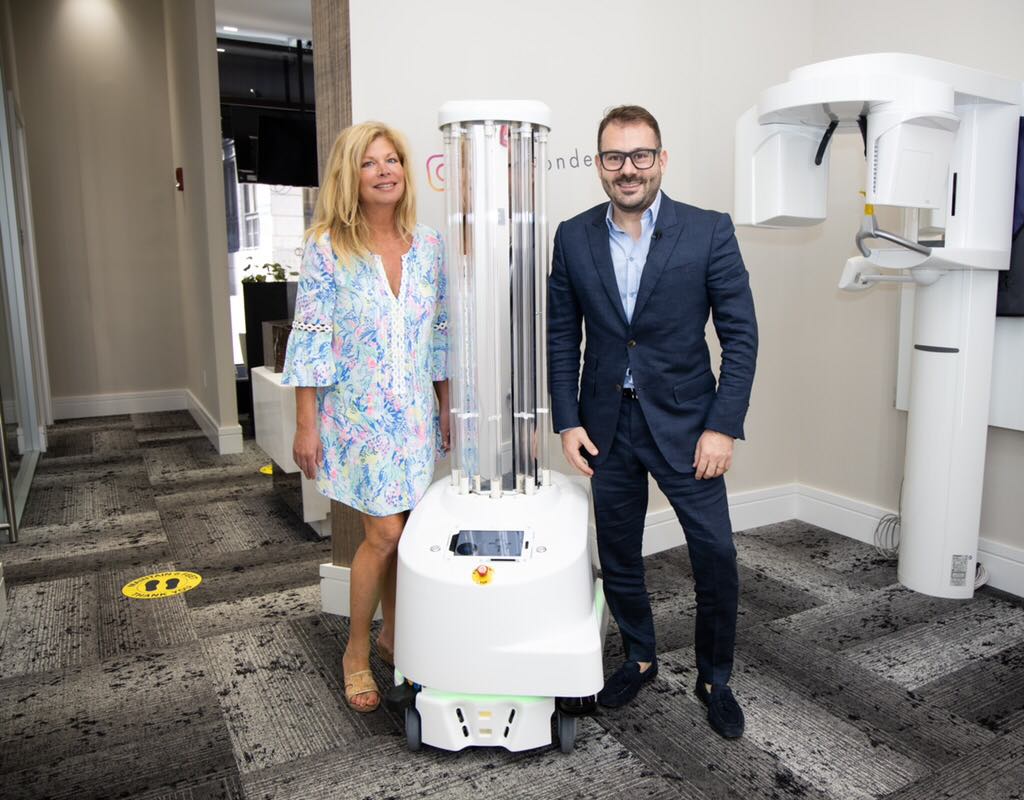 It is in the hour of strife and calamity that the real human from all of us comes into action. Tough times often require tough decisions to be made but smart men also deal with tough situations quite strategically and emerge out of a crisis with minimal loss; Dr. Maged El-Malecki, the founder of Boston Dental, is the prime example in this regard, being a renowned dental practitioner not only in Gulf but also in European Union and The United States, he has established quite a trustable reputation in the field of dentistry over the years. During COVID time, when its spread was at the peak, and it still is in some parts of the world, medical and clinical establishments were also being affected from it like all the other public places but people also couldn’t resist visiting hospitals and clinics since some patients like those fighting cancer or those with heart diseases need to see their doctors after regular intervals and their appointments are saving their lives in this regard.

Doctors were finding it quite difficult to decontaminate their places since many people visit their places regularly and nobody knew that which patients were also carrying the noble Coronavirus. Hence it was the need of the hour to suggest a method that should be both effective as well as people-friendly on the whole account.

During these COVID days, Dr. Maged leads the field of creativity by tracking and decontaminating the workplace (his clinics) using UV-D robots. His clinics are among the world’s first workplaces to embrace the technologies that from now on will be the savior of the business sector. These robots being used by Dr. Maged utilize Ultraviolet (UV) rays to first scan the place and find out that whether there is a contamination of virus at a place or not and then if viral contamination is located by them, the decontaminating fluid (often the sanitizer) is sprayed at that exact location, hence eradicating the chances of virus transmission at the clinic, entirely.

As noticed in the past few days that some steps taken by organizations or even governments in some cases have drastically failed, only because of a lack of wise distribution and usage of resources. Perhaps, if this step of Dr. Maged is taken and applied on a massive scale, many lives could be saved since the results out of these robots are quite optimistic and promising. Now people with the emergency dental condition can visit Dr. Maged in his clinical establishments without the fear of being infected with COVID-19.

As an entrepreneur, Dr. Maged taught all the millennials to always think out of the box and look for solutions instead of being panicked by a crisis. It also doesn’t mean that one should not at all practice the preventive measures brought forward by the government but being an entrepreneur, your contribution can also be quite valuable in this regard as in Dr. Maged’s case, it has revolutionized his whole field. It is to be noticed here that he does not implement this technology directly on a mass scale (in his clinics), he first made the observation that how the virus can be detected and what could be the possible way to destroy it on the spot. In this regard, he made use of UV rays since we are not able to see the virus with our naked eyes. Then, some configurations would have been made in the robots that allow them to pinpoint spray the spots where viral presence is detected by UV rays.

Dr. Maged used the advancement in technology to the best of his abilities when it came to make his work different from that of others. He also has the habit of attending most of Europe and the US’s research conferences about his area and technology in general. He also launched the Smile Design Studio in this regard, a clinical establishment focused solely on treating and customizing the appearance of the customer’s teeth and making their smiles more adorable.

Believing leads to Achieving, a reflection of David Imonitie