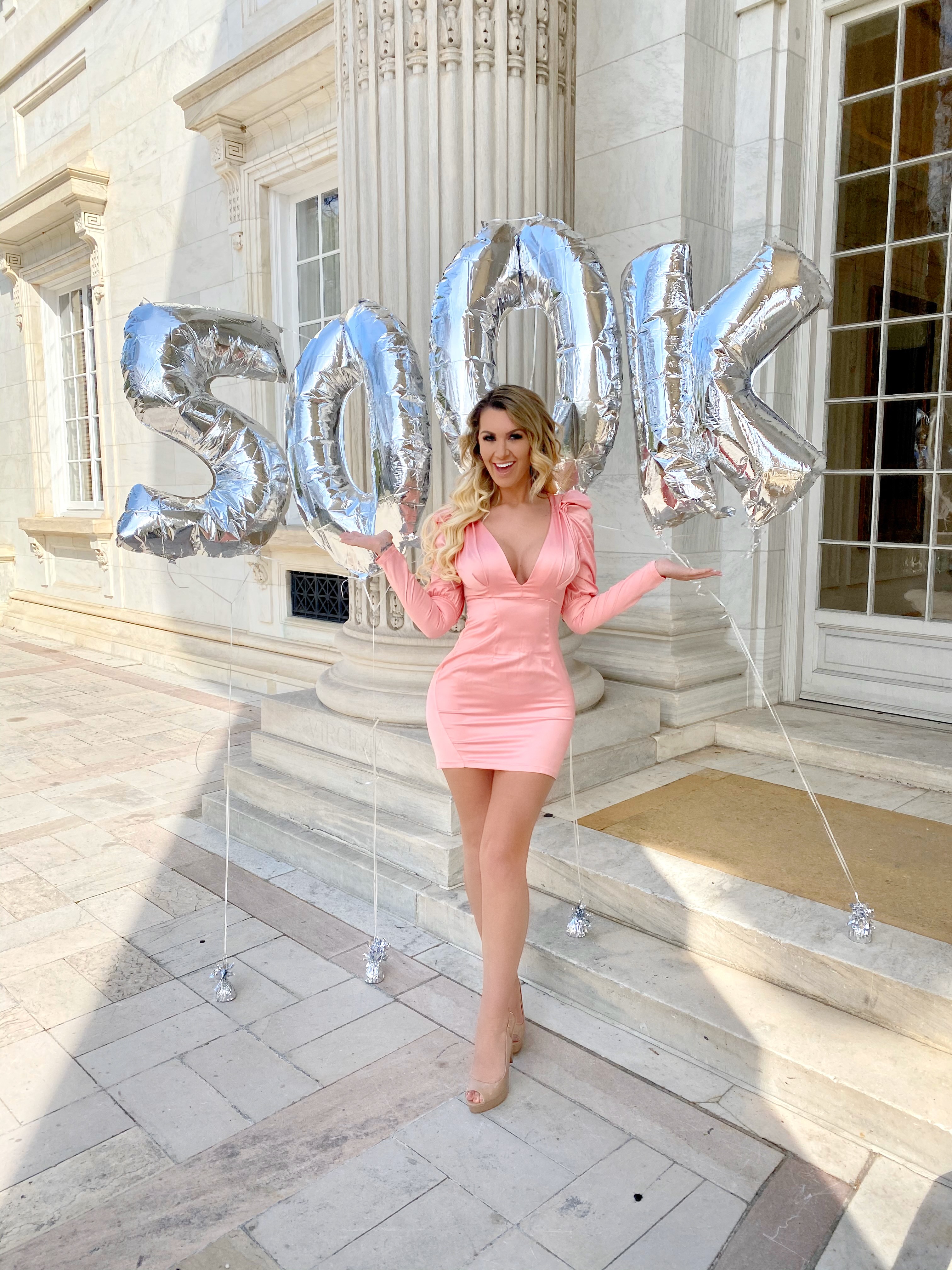 Andrea Kuoni is a self-made entrepreneur, elite model, and philanthropist who has built an empire from what began as a dream to become a published model in Playboy Magazine. The journey to becoming a six-figure earning model didn’t come easy, especially in such a saturated industry. Despite all the odds against her, Kuoni’s passion, consistency and authenticity have earned her tremendous success as an international model, philanthropist, and businesswoman.

Focus On Your Purpose

Andrea is no stranger to struggle and is now sharing the journey of her self-made career to encourage aspiring models and entrepreneurs. At the age of 17, Andrea suffered from early onset of lung cancer complications. After various complications including weeks spent hospitalized and multiple surgeries, Andrea miraculously recovered and has been in remission since. Despite the trauma and visible scars left on her body, Andrea was more motivated than ever to bring her dreams to fruition. Her positive mindset and focus on her purpose were attributes that contributed to Andrea’s many accomplishments.

Andrea got her modeling debut in a Verizon commercial while in college, which then opened many doors as a promotional model for Modelo/Corona. Andrea began her promotional career at boxing events working her way up to big promo for the likes of Kenny Chesney’s Blue Chair Bay Rum and other large-scale events across the Country. In 2017, Andrea decided to apply for Playboy Switzerland on a whim to soon find out that she’d be introduced as Playmate to the brand family in their November 2017 issue. Achieving a lifelong dream of hers only motivated her to set higher goals. Andrea went on to become Playmate of the month for Playboy Mexico, with her debut in their magazine as a new face in December 2018 as well as the centerfold in February 2019.

Andrea recognized that without the help of the doctors and staff at St. Jude Children’s Research Hospital she may never have had the opportunity to fulfill her dreams in the first place. This was the driving force behind Andrea’s passion for giving back and the start of her career as a philanthropist.  In 2015, Kuoni became a LIVESTRONG Spokeswoman, and her story was broadcasted worldwide on their website. As a LIVESTRONG Spokeswoman, Andrea also ran the Marine Corps Marathon that year. Kuoni continues to make a difference in the lives of many by being an active philanthropist and giving back to various organizations including St. Jude Children’s Research Hospital, LIVESTRONG, and autism awareness efforts. During the current COVID-19 pandemic, Andrea knows it’s important now more than ever to be a supportive contributor and has given back by dressing up as Disney Princess Elsa for Zoom calls with children at St. Jude Children’s Research Hospitals.

Kuoni attributes a few traits to her inspiring success as a published model and philanthropist which include authenticity, compassion, and a positive mindset. In her hardest times, Andrea learned that keeping a positive mindset is incredibly important in every aspect of her life.

Kuoni believes it’s crucial to stay true to your authentic self to differentiate yourself from others, and that can apply to any industry. As a manager and mentor to new models, Kuoni encourages not to be the best at imitating others, rather be the best version of yourself and you’ll inspire others.

Despite the many scars and a tattoo of a rosary she got after her first major lung surgery to symbolize its victory, Andrea made the decision to embody who she truly was. Andrea hopes to encourage people to embrace what makes them unique and to ultimately set your life and career on a path that is aligned with your purpose. By displaying her authentic self throughout her social media, Andrea has been able to captivate and establish a loyal fan base of over half a million followers.

Andrea’s knowledge of modeling coupled with her giving and guiding spirit has led to her newest venture, AndyKandy LLC. Her newest business manages and connects models and photographers with events and hosting opportunities to expand their social media presence and modeling portfolio. Currently, Kuoni is working on expanding her model management business and is looking towards investment opportunities with like-minded models. Just as she knew to create a strong network of support for herself was pivotal to her success, Andrea also plans to start a charity in which helps connect models with opportunities from all backgrounds, focusing on small towns similar to the one outside of Kansas City where she grew up. Although becoming a Playboy model was a longtime goal of hers, Andrea wants to be remembered as the passionate philanthropist that she is.

Where can readers keep up with Andrea Kuoni online?