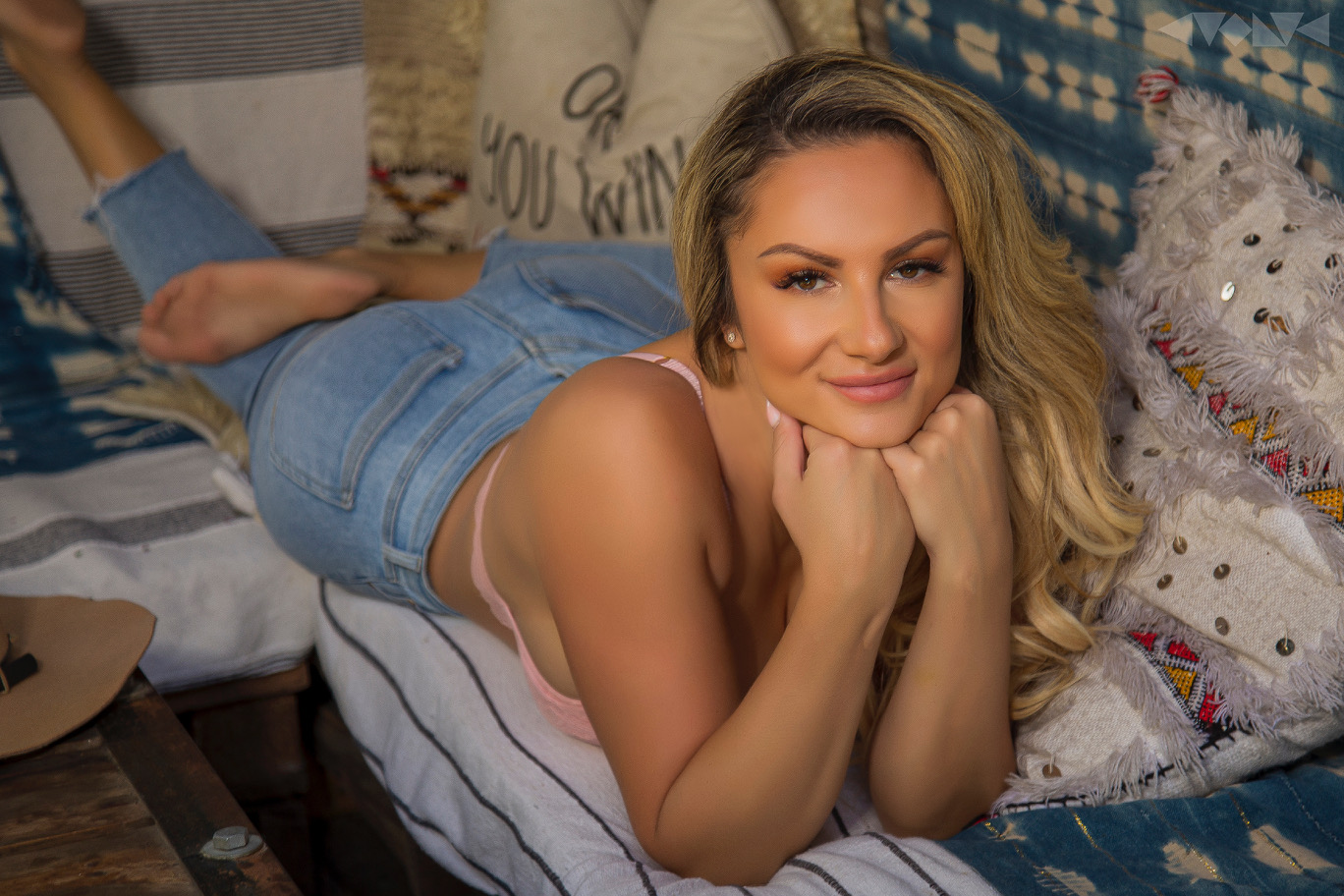 As a first-generation immigrant, Monica Huldt knows just how difficult it is to be self-made. Despite all hardships, Monica is here to prove that anything can be accomplished with hard work and dedication. In the midst of the social media boom, Monica saw the vast opportunity and power within social media. It was then that Monica dove full-force into pursuing her dreams as a model and never looked back. After successfully cultivating a fan-base of nearly a million followers, Monica’s business mindset led to her to implement her knowledge of social media into OnlyFans; the popular subscription-based platform consisting primarily of social media models. Monica’s story is one of true determination that will inspire all to pursue their dreams.

Monica Huldt is no stranger to hardship, but her ability to remain positive through adversity paired with her highly adaptive personality has brought her great success on an international scale. Born in Poland in 1983, Monica later moved to Sweden when she was 7 years old. Monica’s family settled in a small town in Sweden that was not fond of foreigners, which resulted in Monica growing up being bullied and estranged. As a doctor, Monica’s mother was very strict and her home life suffered as well, leading to Monica developing depression and eating disorders in her teenage years. Despite the hardships Monica endured, she was determined to succeed and obtained her bachelor’s degree in education. After teaching for a year, Monica realized her career wasn’t as fulfilling as she had once imagined. Monica then decided to pursue a career in business and began working in business development for various companies. Monica gained success in the business realm, and her entrepreneurial spirit led her to open her very own nail business. Although Monica thrived as a business developer, business owner, and was very accomplished in both roles, her lingering dream of becoming a model remained present. Modeling was something Monica’s mother had never approved of nor encouraged, but in 2014, Monica decided to move to the United States to pursue her dreams of becoming a model.

From Nothing to Something, and Then Some

Monica arrived in the United States with nothing but her skills she had learned from the years prior along with her burning desire to pursue her dreams. As social media was rapidly growing and platforms such as Instagram and Snapchat were emerging, Monica saw a great opportunity in both modeling and monetization through social media marketing. Monica’s business mindset and passion for modeling were the foundation for her success in growing a fan-base of nearly a million followers. Though the journey to becoming a successful social media star was not easy, Monica emphasizes the importance of maintaining a positive mindset when pursuing your goals.

“If you pursue a specific goal and you aren’t maintaining a positive mindset, you will not succeed. Often times, if you can’t control your mindset you will begin to become desperate for success, and at that point you’ve already lost.” — Monica Huldt

As Monica’s success on Instagram grew quickly, her desire to expand her online presence grew along with it. She noticed that many of her peers were finding financial success on the subscription-based platform, OnlyFans, where models could express themselves freely and make an income while doing so. Monica’s ability to learn and grow proved true once again, as she found immediate success upon her OnlyFans debut. For Monica, her knowledge in business, powerful Instagram platform, and loyal fan base expedited her growth and success.

Monica attributes her success on social media to authenticity and cultivating authentic relationships with her fans. She expressed that she has been able to set herself apart from others by being personable with her fans and making each of them feel special. Monica has established relationships with her fans by actually being friends with them and expressed that she truly enjoys learning about the lives and interests of her fans. She does this by personally responding to her fans on social media on a daily basis, something many social media stars do not attempt to do. Monica has found it especially important to be there for her fans during the COVID-19 pandemic, as many of them are experiencing hardships. Through dedication to her platform and to her fans, Monica has successfully built a six-figure business and continues to grow with time. Monica attributes consistency, perseverance, and a great support system for her success.

What’s Next for Monica?

Monica is a role model for young entrepreneurs and is proof that through hard work and perseverance, the American Dream is possible. Although Monica has accomplished her dreams and exceeded her expectations as an entrepreneur and model, she’s only getting started. Monica plans to continue growing in her modeling career and strives to be an advocate for women in the entertainment industry. Monica has sacrificed relationships with many important people throughout her life because of her career and is very passionate about removing the stigmas associated with women in the adult industry. Alongside her Husband, Monica plans to utilize her knowledge as an entrepreneur in the real estate industry in hopes to one day pass on a real estate business to her children.

Where can readers keep up with Monica Huldt online?

You can keep up with Monica Huldt on her Instagram.