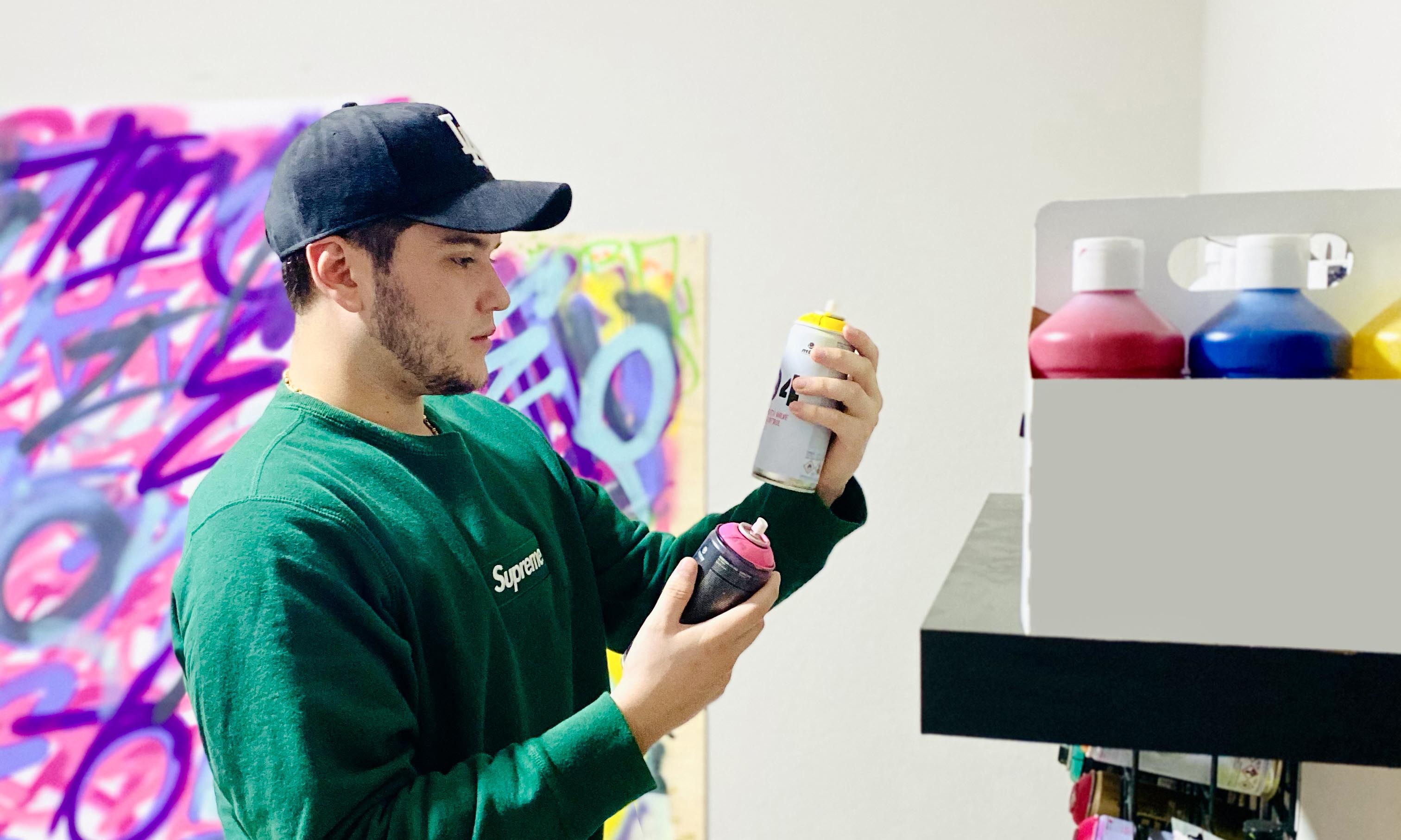 The Venezuelan Enrique Enn is conquering America with his street art.

After the huge success of his solo exhibition at the Circ Hotel in Hollywood, Florida, the Venezuelan Enrique Enn managed to reach the peak of his artistic career at the end of 2020, positioning himself as one of the most popular street artists on social media and one of the most successful artists in Florida showrooms.

He arrived in the United States hoping to achieve the American dream through hard work and a long learning journey. He was able to gain a great amount of experience working in different fields, finding the drive and inspiration to take his art to the next level, deciding to post his artwork on Instagram and managing not only to capture the attention of the public but also the attention of famous artists.

His artwork is filled with colors and a perfect juxtaposition of visual elements, leading Enrique Enn to work with renowned artists such as Bad Bunny and Bryant Myers, having also been recognized by the Colombian urban artist J Balvin, who had nothing but positive comments about his art.

The story of a rising star

In 2014 he moved to Miami along with his sister and his best friend to follow the so-called “American dream”. He started as a construction worker and selling food with his sister until finally being able to work as a graphic designer, collaborating with big artists and companies.

These days Enrique is able to dedicate much of his time to his passion of art. What was once graffiti art and tagging street corners with friends, has now turned into a passion; a passion that will show no bounds or limits. From a remarkable figure in the Venezuelan street art scene, to an up-and-coming figure in the American art scene and amongst the Latin-American immigrants throughout Miami and the Southern United States.

You can find him on his Instagram profile: https://Instagram.com/Enn and his website https://enriquenn.com. There you will be able to see different multiple collaborations and works that range from designs on Supreme and Lamborghini skateboards to incredible designs on the photos of famous artists. Enrique plans to announce very soon a great number of brand new collaborations and exhibitions on his social media in which he will show once again that his art is on a whole new level.

In Conversation With Hair Influencer Jenny Strebe On Her Hairline AIIR