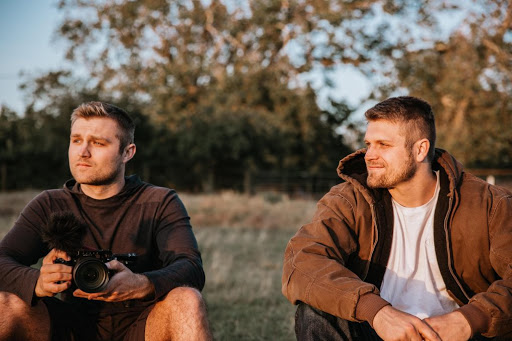 Dreams. No single word more thoroughly encompasses the sensations of hope, happiness, and opportunity than a dream. Only bound by the limitations of one’s imagination, dreams offer an idealistic, alternative reality for everyone. From an early age, children begin to develop lifelong dreams. They dream of becoming superheroes with transformative powers or exploring the galaxy or saving millions of lives. Such dreams reflect the endless potential of childhood; however, as one age, society’s rigidity coerces people to sacrifice their dreams for more practical careers. However, one pair of brothers are not allowing themselves to be defined by the status quo, and they are continuing to strive for their childhood aspirations.

Eriksen and Soren Dickens, aged 25 and 23, were born and raised in Oakdale, California. Commonly known as the Cowboy Capital of the World, Oakdale is a rural community of only 20,000 people nestled in California’s Central Valley. As a result of its modest population size, children in Oakdale are expected to embrace a culturally accepted blue-collar job, such as farming, ranching, firefighting, construction, etc. The Dickens brothers appreciated their childhood as it instilled values, such as hard work and family importance; however, the brothers always felt like they had different aspirations than the majority of folks from their hometown.

Since early childhood, the Dickens siblings were enamored with storytelling. Amateur film making and video production of family events and mini skits were commonplace in the Dickens households. As they grew up, filmmaking became their main priority, and they wanted to make their “debut film” in honor of the unique culture of their hometown. The Dickens brothers spent six months making a documentary called “OKG- Oakdale Kinda Guy.” The film highlighted the Oakdale High sports culture and its significance to the community. The brothers wanted to tell a story about the small town culture using the football team as a mouthpiece for their storyline. After filming the team for an entire summer and pre-season, the film was released and experienced unprecedented levels of success in the community. Within one day of its release in 2016, the film had nearly 20,000 views on YouTube.

During that same year, the Dickens brothers directed a long-form documentary that honored their father, Mark, who passed away from brain cancer. The film eternalized their father’s legacy as a baseball coach, mentor, and friend in the Oakdale community. The film entitled “His Legacy: The Rise, Ride and Last Stand of the Oakdale Colts,” took six months to create, kindled love, and unite the community.

These two films served as the catapult for the brothers’ careers. From that point on, the brothers began making video content for businesses and personal brands throughout the country. They also continued making documentaries on their own time, breaking out in 2020 with their film: Two Magic Drops. This short documentary was filmed in India in January 2020. It’s about Rotary International’s involvement in providing polio vaccinations to children in India. The film highlights the impact of their health aid and serves as a cultural study into the realities of everyday life in India’s slums. Since its release in May, the film has received international recognition from Rotarians, a community that boasts over 1.2 million members worldwide. The film is also currently on the film festival circuit, having been selected to 4 international film festivals thus far, even picking up “Best Documentary” at one of them.

The film symbolizes unity amongst people from all over the world, putting their differences aside and coming together for a greater common good. The Dickens brothers are honored to share their experience as Rotary has done so much good for humanity across the globe. The Dickens brothers hope that their documentary inspires more young people to acknowledge the organization and consider joining it to make a difference.

Marty Jacobs is a serial entrepreneur and writer based out of Miami, Florida. He started his first business at 15 years old and now is the Chief Operating Officer of Astra Media, a growing media and public relations firm.