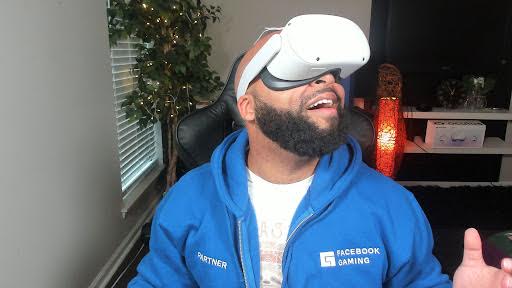 Mental health is often an issue that is cast aside and looked down on. The stigma surrounding it is hard to break, as many people still neglect its toll on a person’s life. For so long, past generations brushed the topic under the rug, never recognizing the seriousness of the matter at hand and labeling it as taboo. More often than not, “toughing it out” creates a ripple of negative effects that spreads far beyond the individual.

A closer look at the impact of untreated mental health cases on the community shows that 37% of incarcerated adults in the American prison system have a diagnosed case. Mental illness is involved in one out of eight adult emergency department visits, and disorders such as depression and anxiety cause a loss in productivity worldwide each year, which equates to a trillion-dollar cost for the global economy.

As awareness raises on the subject, access to the right resources and help is welcomed and encouraged.

One of the first Facebook Gaming partners and representative of the LGBTQ+ movement and African American community, Michael Reynolds, aims to create a wave of change in mentality and acceptance. He was recently invited to be part of the first public test announcement of the platform’s new Audio Rooms, alongside Mark Zuckerberg and other contributors. Together they shared their insights on fostering deep relationships withing with their audiences and much more.

Going under the username The Fierce Diva, he created a community of mutual support based around gaming. From the very beginning, his goal was to create a safe space in the industry. Seeing the toxic and negative side of online interactions, he used his live streams to entertain, listen and uplift his viewers.

As time passed by, his platform grew and became so much more. Through his love of gaming, he managed to put his other passions to the forefront and can now sponsor his followers for therapy with Better Help, the largest online counseling platform.

“This is something that I have been attempting to put in place for a long time, and I am so proud to announce that we are finally here. Mental health is one of the most important issues that I believe affect our industry – viewers and streamers alike. I want to take the successes we have obtained and use them for good. And to also show the world that video gaming is no longer a means to no end. ” posted Micheal.

Mental health is not a weakness, and he wants his community to understand and know that he is there to help and give back. He is shifting the mentality surrounding the subject to bring forward acceptance. Many people in the gaming world do not reach out for help and find it difficult to solve their problems because they are in a community that is often not taken seriously and are dealing with a problem that isn’t either. He wants to make it vital that everyone is seen and heard.

“I want to help these folks; I want to do something very tangible.” says the Fierce Diva

Together with his community, he aspires to get better and do better.

Where has Jertaker BEEN for the last few months???