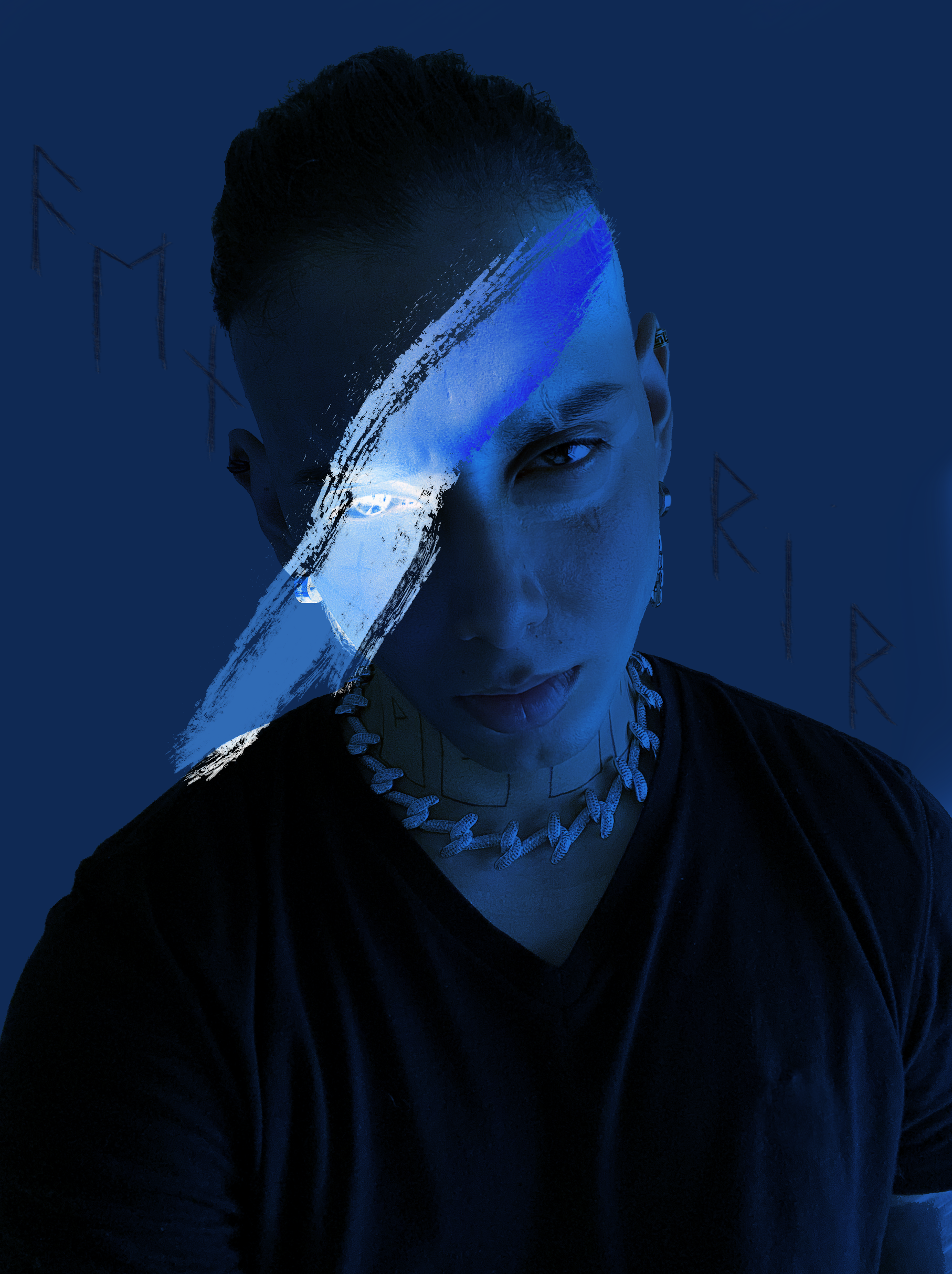 Recently signing to Bentley records, up and coming artist Frenzrir is revolutionaizing the music industry. WIth his unique sound and dynamiz vocals he is creating a new sub-genre of rap that is viking themed. This young artist has unlimited potentilal in the music industry and is sure to have a bright future maknig music.

Growing up on the tough streets of The Bronx, New York, Fenzrir has been exposed to a very diverse mix of cultures and music in which helped fuel and inspire his passion and creativity. In 2009, Fenzrir began to use music as a means to explore and express his inner feelings. Favoring both the rap and rock genres, he decided to mix both genres that lead him down the path of Hip Hops sub-genre known as Trap metal, Rap Metal, and Rap Rock. His songs generally fluctuate between gentle and melancholic, to aggressive rage, with the tracks layered with a gossamer vocal and a Viking touch which commands the listener’s full attention.

One of the most challenging things Fenzrir had to overcome in life was being apprehended by the U.S. Marshall and placed under arrest in Military prison. Despite his rage and aggressive music, Fenzrir is always calm and collected.

I am currently signed with Bentley Records.

My lyrics evince my struggle with isolation. Channeling my inner rage into making my tracks a powerful reminder to always push beyond the scars and bad experiences with confidence and arrogance. Rage is a powerful tool and if used correctly, you can keep moving forward.

I am currently working on a single that’s going to lead to my next EP. As usual, I have a Viking style and my next song will be all about exercising ones inner rage.I’ll keep all my fans updated on my work through social media.

I’m very humble. My greatest achievement as a musician is receiving countless of messages from people who thank me for my music. It feels great to know that there’s are people really enjoy my style.

I do not produce my own music. I work with a good friend of mine, Fleece, who currently engineers in PLUG Studios, New York City.

One artist/band I would wish to work with is Hollywood Undead. They’ve inspired me throughout my life and perhaps even the reason why I have my current style.

A day in my shoes would always depend on my mood. As a night owl, You’d find that I enjoy hanging out on the rooftops of NYC as I always enjoy watching the scenic view of the city lights from above.

I would like my audience to know that I never live by peoples opinions. I do what I want whenever I want.

To keep up with Fenzrir and his upcoming music, follow him on Instagram and listen to his music on Spotify.