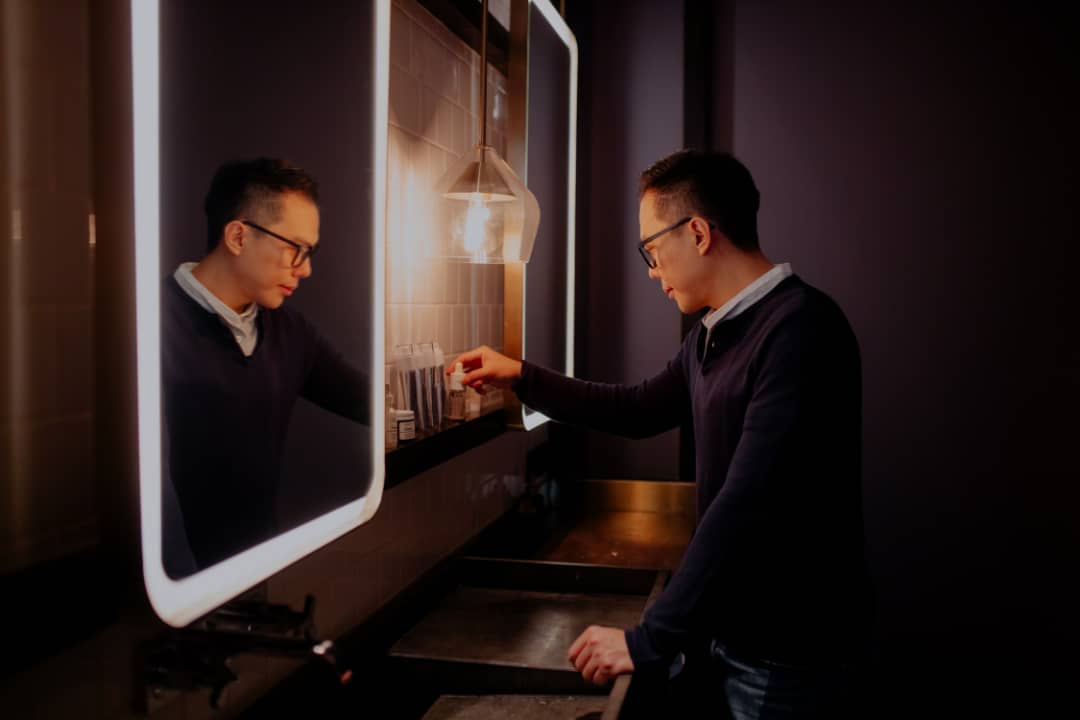 Through a brain tumour and starting new businesses, Kelvin Tan has truly become a beacon of hope, resilience and perseverance – having established himself in the Malaysian and global beauty scene, with brands that accentuate beauty while giving back to the community. “Every creation that’s introduced to the market is done through conscious innovation and driven by values, and has to be purposeful,” says the multiple international award-winning entrepreneur.

Where It All Began

UB Cosmetics was specifically designed to cater to subscription boxes in Europe, the UK, USA and Australia. The brand was handpicked and invited to the Emmy Awards’ Gifting Suite and Luncheon in LA in 2014. A year later, the Vietnam Chamber of Commerce & Industry gave UB Cosmetics an award at the Top 100 International Business Style Awards, one of the most prestigious award events in the domestic and international business community. Within a span of two years, the brand exceeded its sales projection by 400% and it looked like things were gaining momentum for Kelvin.

However, a great success story doesn’t come without its fair share of drawbacks. His came in the form of a brain tumour that was found out unexpectedly, where he was admitted to a hospital for a surgery within a day of this discovery. Despite Kelvin having single-handedly conceptualised the brand from his one-bedroom apartment, he had to be admitted to the ICU a day before his Australian debut for a growth in the brain, which had to be operated on the very next day.

“Post-surgery recovery was honestly very tough for me. I think that in the fourth month, I started having speech issues and found it difficult to verbalise my thoughts,” shares Kelvin. From there, he established Lip & Co. – a true passion project built on a hybrid model of sustainable commerce with altruistic motivations. Through adversity, he found the courage and drive from the sole purpose of benefiting others. “A strong sense of identity, empathy and compassion was what gave me the ability to pick myself up over and over again and remain unshakeable even in circumstances where I was the only one left standing,” affirms Kelvin. “As a start-up that’s running organically without any form of third-party funding, I had to ensure that we operate as lean as possible. I had to take blows from the harsh reality of the business world that’s solely built on capitalism.”

More Than Just A Beauty Brand

Setting his sights forward, Kelvin kept going and worked to expand Lip & Co. which he shares is a brand created for individuals who are bold, brave and unconventional. “Created for all, I coined the term ‘hybrid beauty essentials’ where we infuse skincare ingredients into makeup products where possible while keeping them strictly cruelty-free and vegetarian-friendly,” he says. As one of the first home-grown brands that started conscious collaborations to create social awareness on specific issues that aren’t really being highlighted, Kelvin mentions that to him, Lip & Co. is beyond a brand or its products. Each product that’s created has a story and life of its own while benefiting society through conversations and awareness.

This is an important brand ethos for Kelvin and Lip & Co., whereby every collection is designed to have an altruistic side to it. In 2018, Lip & Co. launched the ‘Cruelty-free Kisses Campaign’ with the aim of starting a dialogue on cruelty against strays. The following year, Lip & Co. brought together a diverse group of prominent individuals to spearhead the ‘My Kind of Beauty’ campaign that was launched in conjunction with World Kindness Day.

Recently, Kelvin continued to thrive and prosper, receiving the second World Excellence Entrepreneur Brand Celebrity Awards 2020 for multiple categories. Despite going through the harsh impact of the pandemic while dealing with personal and mental struggles of his own, the purposeful go-getter continued to soldier on for 14 months on his own while restructuring the business. In these unprecedented times, he received a total of three regional awards for his impeccable innovation and spirit of entrepreneurship and had the honour of sharing the stage with the iconic Prof. Datuk Jimmy Choo during the awards ceremony.

It All Starts With A Purpose And From The Heart

As for the future of Lip & Co., let’s start from the ground up; whereby this pandemic has driven Kelvin to commit himself to give back to the community. “My true purpose has finally come to fruition when we were able to communicate what Lip & Co. is all about: community, collaboration and thriving as a collective via various projects that we currently have in the pipeline,” he shares.

Today, Kelvin continues to run a human-centric brand with the belief that every brand should have a purpose and hopes to create more awareness for this. As someone who doesn’t believe in resting on his laurels, he is working on launching his next brand, The Caim, that has been in the works since 2011 when he won the Award-Winning Beauty Treatment by The Malaysian Women’s Weekly.

In a nutshell, The Caim is a one-of-a-kind skincare brand that bridges the art of molecular alchemy with modern-day science. The skincare is synonymous with its brand name that is derived from an ancient Celtic word; to cast a circle of protection, where one is safe even in the darkest hour. “It’s a name that came to me after a lengthy search and I thought that it fits the brand to a T. During the darkest moments of my life, working on The Caim seemed to be the light at the end of my tunnel,” shares Kelvin.

Initially, the brand and products were set to be launched in early 2020 when the serial entrepreneur was given a product placement opportunity in the US Vogue and a prominent retail chain. Unfortunately, due to unforeseen circumstances, none of them worked out. But of course, by now we’ve established that such setbacks weren’t going to stop Kelvin from continuing to chase his dreams of seeing his baby be delivered and grow into a successful venture of its own – in this case, The Caim.

Fast forward to a year and a half later, The Caim is expected to in Asia this July, and tentatively in the US in late Summer 2021, in collaboration with Life Unfiltered and Hollywood Disclosure. Simultaneously, with the pandemic getting more and more serious in Malaysia, Kelvin couldn’t just sit back and watch his country and community break down, starve and disappear before his own eyes, so he did what he knew he could do best: contribute to society to raise funds for those affected by the effects of the pandemic via a collaboration. Kelvin has pledged to donate part of the sales from the prelaunch of his brands from 1st August 2021 onwards by the restructuring . Now, if that doesn’t count as doing things with a purpose and a giving heart, we don’t know what does!

Inspiring Journey of the Owner of Taylor Made Investors: Marc a Taylor