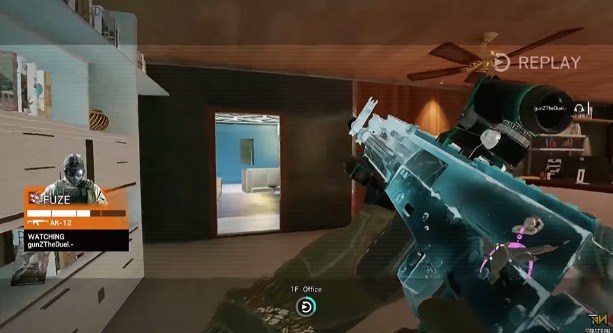 Rainbow Six from Tom Clancy’s series is a 5v5 action game with an FPS perspective. Driven by counter-terrorist deeds across the globe, Siege deeply emphasizes environmental destruction and collaboration between players.

Despite having no single-player operation, Rainbow Six Siege allows new and existing players to engage in single-player practices offline through the “Situations” Mode. It helps them get more familiar with the gameplay.

If you want to make the most of your Rainbow Six Siege game, we advise you to try these undetected R6 hacks and cheats. Meanwhile, read on, and let’s show you tips to survive and win in Rainbow Six Siege.

Check out these tips if you are a beginner in Rainbow Six Siege.

The first tip every first-timer in Rainbow Six Siege need is to use their cameras, drones, etc., more effectively. By using these devices, the possibility of risking your life is low. Moreover, you’re sure to get the best intel ever in the game.

If you jump into gunfights without droning or spotting enemy players’ positions; you could be flanked and downed. So, before engaging in a match, use your intel devices to spot opponents and find objectives (where a match objective may be to find a bomb).

You can survey the environment and inform your teammates on what and where to attack. This is a practical beginner’s tip to win and stay alive in R6 matches.

There are two objectives in R6. Either you’re planting a bomb as an attacker or defending territory to stop the attacker’s attempt. No matter the side you’re playing, you must focus on the objectives and know when to kill and when not to.

Eliminating enemy players can win a round. But it’s better to structure your attacks based on the side you’re playing in, either as an attacker or a defender.

Pinging in Rainbow Six Siege means attaching a tag to every player in the match or round. While there are two types of pings in R6 (yellow ping and red ping), it’s advisable to use the yellow ping. The yellow ping, when enabled, does not notify the players that they have been spotted and monitored.

However, the players will receive a notification once you enable the red ping. This will make them alert and on the lookout for cams, drones, and opponents in the round. For this reason, always use the yellow ping when tagging and monitoring opponents in Rainbow Six Siege.

Being mindful of the operator lineup means understanding what operators you currently have and the ones you should have to win a match or round.

For instance, if your team has already selected their preferred operators and you have no operator that can deny projectiles like Mai or Jager; pick the available one.

This tip involves pure selflessness, as most of your team members will always pick their preferred operator, leaving you to pick what’s left. Where this matters most is on both the defender and attacker sides equally. But presses more on defense as defenders don’t have the repig stage like the attackers.

So, to get an operator that can help win a round, you need to pick that operator before your teammates do. Since it’s your gameplay, you may need to do some homework on the operators to know why they’re hotcakes over the others.

It’s 100% vital to Rainbow Six Siege that you collaborate with your team members. The best way to acquire that is by simply communicating or calling out to them, sharing attack or defense plans, and maintaining coordination.

As a newcomer in the game, call out to teammates when necessary, using your in-game mics and game chats. Also, when building your squad, if you can aim for 5 players, your chances of winning rounds in Rainbow Six Siege will be splendid.

Surviving and winning in Rainbow Six Siege has never been easy without assistance, tips, and guides. Whether you are an absolute beginner or not familiar with the game, the tips mentioned above will help you make the most of your R6 gameplay.

Work together with your team, communicate, and shares ideas. Be mindful of the operator lineup and strive to pick the best Op before others do. Play the objectives, use yellow pings, and always use your intel devices.

These are your best bet for winning!

How to play PC games on Android devices

Freelance writer covering start-ups, socially responsible brands, and the newest trends in the world around us. Have a cool story or product? Connect with me: melissamoraeswrites@gmail.com