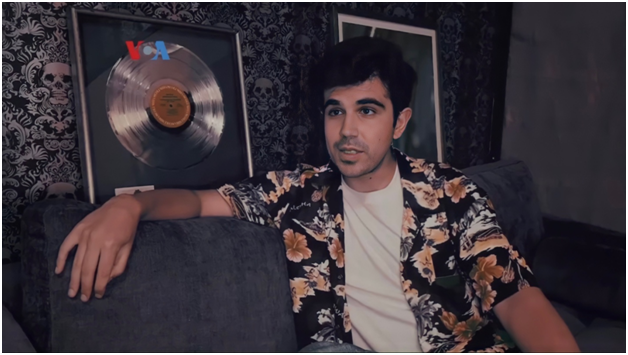 The Art of Recognizing Talent and Rising Power in the Music Industry.

Frank Carrozzo is an Italian record producer who currently resides in the United States. During the years that helped him make a name for himself in in the music industry, he peerlessly transitioned from working as a producer and sound editor for acts other than ASAP Ferg, Ed Sheeran, and Chris Brown, to talent manager for clients including Sarah Azhari, and finally starting his own music label, GoatHead Records, with both the goal of distributing, breaking, and aiding artists in expressing their own artistry and music in the best possible way.

Carrozzo’s aim and the label’s business vision tend to be the same in a music industry wherein huge labels are offering more of a managerial function to top-charting artists. Carrozzo’s focus and recipe for running his company is based on cross-marketing and features between his own artists, together with heavy social media lifting techniques, a dedicated department in the research of music and media marketing in the crypto-world, and what appears to be the main ingredient for the recipe: great music. Frank’s vision exemplifies the importance of management in the music industry. They need guidance and support since, if their music isn’t widely distributed, it serves no useful function. The secret to Carrozzo and GoatHead Records’ success appears to be the identification and nurturing of talent as well as amazing music and commercial pop-acts.

Sarah Azhari, ASTRØMAN, Morrison Machiavelli, Beth Bella, and Y.Rome, among others, are already on the roster of the L.A.-based record label, which has amassed millions of followers and streams worldwide in its first few months of operation, owing in part to the reach and talent of its own artists.

Frank is a shy and discreet character, yet he is a “force of nature behind the scenes,” organizing acts of art blended with business tactics to maximize an act’s reach and success…as several of his surroundings have stated. The press and spotlight evader, does not spend time on pointless conversations or half-finished deals. He is well-known for his merciless guile while using straightforward techniques in getting things done, and things can get quite turbulent, particularly when it comes to the careers of his artists. Frank devotes hours to researching his artists’ reach and implementing promotional campaigns while crafting acts of arts and business.