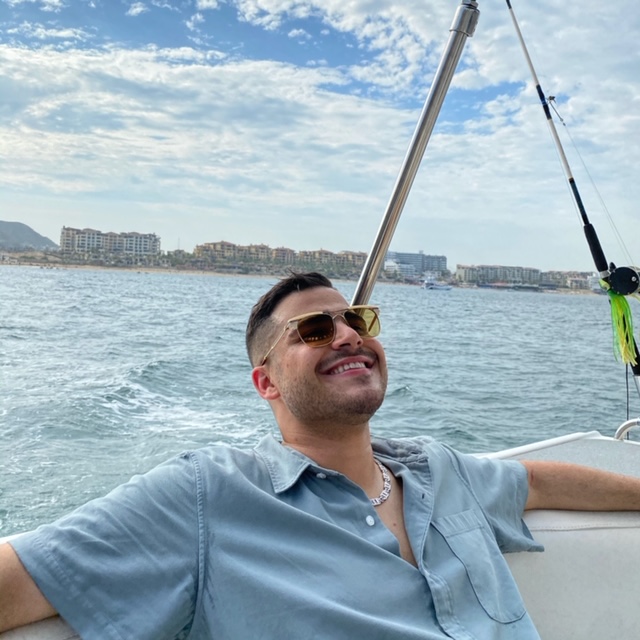 Social media has been a powerful driver for business growth and connections in the last few years. Giuliano Gigliotti, a self-made entrepreneur, emphasizes the importance of connecting with others through platforms such as Instagram, Facebook, TikTok, and more.

He has reached a high level of recognition in the social media space and amassed over a hundred thousand followers. For Giuliano, passion, creativity, and entrepreneurship have always gone hand in hand.

“I like the type of work that doesn’t actually feel like work,” he shares, adding, “Once you find something you love and it gets you excited to wake up every day and work on it, that’s how you know you’ve found your perfect niche!”

Building a business from zero

When Gigliotti moved to Los Angeles, he didn’t know anybody. He had no one waiting to help him build his business. Instead, he did it all from scratch. “I was truly determined and I was extremely optimistic through thick and thin,” he recalls.

Giuliano, of course, had to deal with ups and downs. The very first steps he took in a company turned out to require a lot of energy and attention. He then moved on and quit that venture. “I put a lot of my time and effort and wasn’t given proper recognition. In retrospect, I wish I hadn’t put so much of myself into that job and then left, but hey, you live, and you learn,” he concludes.

Networking as a second nature

Networking in business and in life is crucial. To Giuliano Gigliotti, networking is second nature and feels effortless. “I love talking to people. Meeting new people has always been a hobby of mine. I would travel to meet like-minded entrepreneurs in London, Paris, Mexico, you name it,” he shares.

This has gotten him far in life. He is now recognized by over a hundred thousand fans and has a ton of support in real life, on and off social media. For Giuliano, networking is one of the critical pillars of success. “Nobody can make it alone, not even the most hard-working people. I’m a firm believer in talking to people. It often ends up being advantageous. Also, creating a team should be a priority for every entrepreneur. Surround yourself with the right people who believe in your mission and want the business to succeed as much as you do,” he says.

Work and play are the same for successful entrepreneurs.

“If you feel like you’re breaking your back and it’s not fun, you won’t make it in life. You need to follow your gut when choosing your area of work. There will always be someone else who’s done it first but that shouldn’t discourage you,” says Gigliotti.

He believes that people often see business and pleasure as two separate things when, in fact, they can be reconciled. When Giuliano takes a trip, for example, he makes sure to network, and the other way around. “For me, work and fun come together as one complete lifestyle,” he shares.

The surefire way to success is pursuing what one loves and feels passionately about. With the help of social media, entrepreneurs are able to reach more people than ever and get their message across, and that is truly inspiring for new business owners who want to make a difference in the world.

A Passion For The Music Industry Turned Bucky Rogerz Into A Successful Entrepreneur, But He Didn’t Stop There