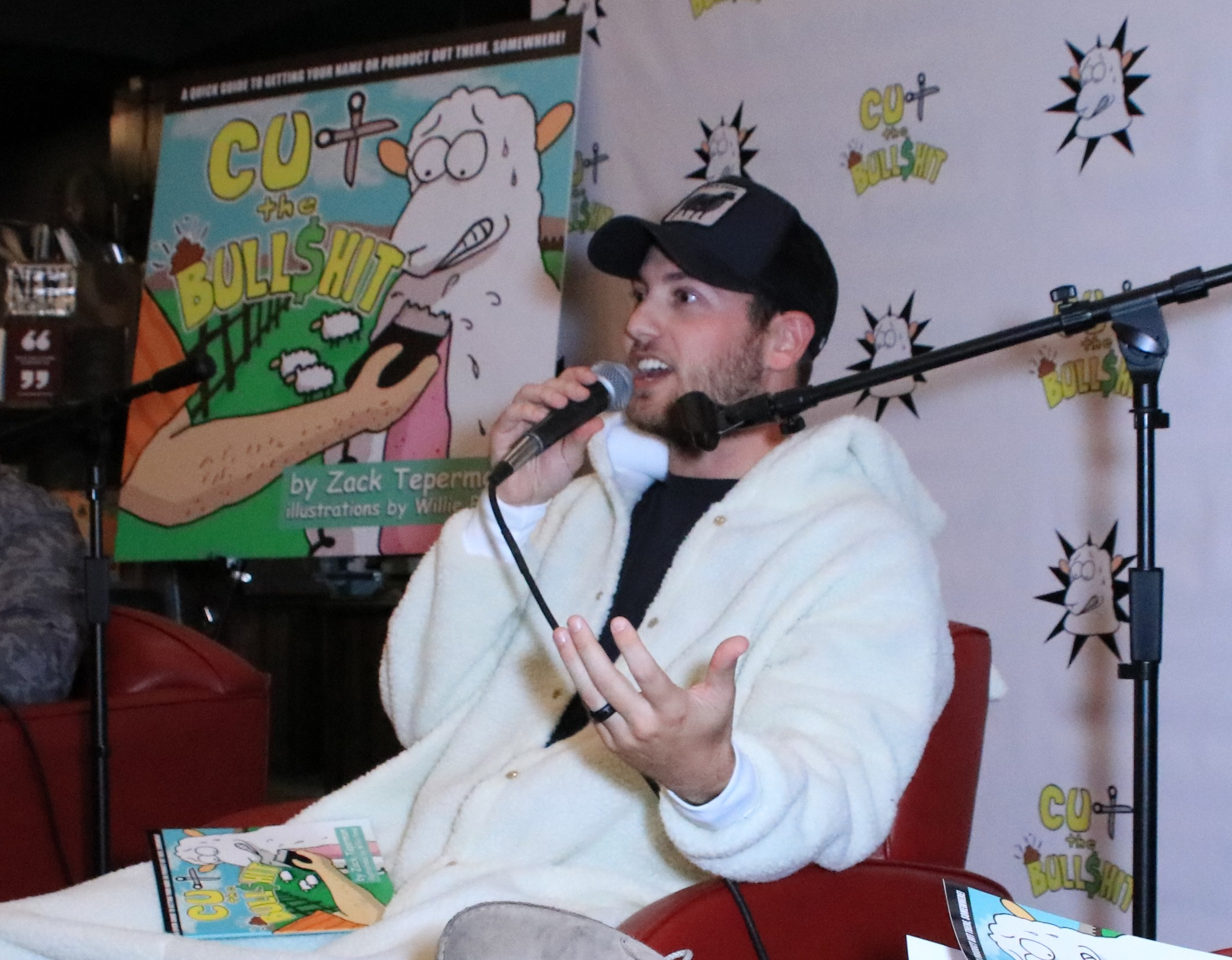 Why should I buy that product? Who is dating who? What new things is a company doing? Why did that person just get arrested? Is that CEO a racist? What are the top products for the holidays? How can I get people to pay attention to my company and me?
When public relations (PR) first became a “known” service people and companies were hiring in the early 1900s, it was originally based on a journalism (print) foundation simply because the main medium for exposure back then was in a newspaper. As it evolved, growing from newspapers to radio, to television, it became a sophisticated approach to creating the right message (story) targeted to the right audience in the right way; companies wanted to seek out ways to mold how their consumer viewed their brand and/or product(s). It also evolved into people – politicians, celebrities, CEOs, etc. – wanting to get their own name out there, or to protect their profiles from scandals that could hurt their livelihood.
Whether on the corporate side or personal side, since PR came onto the scene, it has resulted in one of the go-to services.A recent study and statistic from IBISWorld estimates that PR industry revenue has increased across North America at an annualized rate of 0.6% to $14.5 billion over the five years to our current year of 2020. And while the revenue has gone up, the meaning of public relations has changed a lot too since the 1900s. With technology changing each day and the wide variety of ways we communicate, PR and the way people view “stories” has morphed into an all-encompassing field that now crosses boundaries with industries in the digital, advertising, influencer and marketing worlds.
While traditionally public relations focused on editorial content, today PR – and the job of a publicist – holds much more than just simply “media relations”. Generally when you hire a PR agency to help you or your company out, you are hiring a team of strategists who are not only going to help get what you want out there, they are also going to figure out ways to include paid media (advertising), earned media (editorial coverage), shared media (social), and owned media (newsletters, SMS lists, etc.), amongst other avenues in their wheelhouse. But unfortunately, that is not the way a lot of public relation firms work. Since PR became a popular asset for people and companies to have, so too has the popularity of negative experiences with PR agencies. The reasoning behind a lot of negative experiences boils down to either clashes in strategy, mistrust, difference of values, lack of understanding or network within a certain niche market, or the overall management and agreement of expectations.

When hiring a PR firm it is very important to never spend a dollar until you work out a proper strategy with whom you are working with, and then make sure the expectations and what placements will happen throughout the term are clearly known. While some media placements may not be guaranteed until pitched, a lot of PR firms these days will easily name-drop “big” popular media outlets in order to lure you in and sign on the dotted line; Then months later you are upset because those placements never happened, and in turn your strategy and exposure takes a negative hit.
That is where people like Zack Teperman, who is the President of his public relations agency ZTPR that represents fortune 500 companies, A-list celebrities, musicians  athletes, doctors, start-ups and more, come into play. Teperman is known to be very blunt and a person who doesn’t mind telling you what he thinks, even if those thoughts don’t align with yours – something “salespeople” rarely want to do. He has disrupted the PR industry since first getting into it, expanding his own firm from just having one focus and type of clientele to a very diverse roster of people and industries. As stars and companies searched for a solution to their needs, Teperman realized that there was a way to create an agency that doesn’t just concentrate on the PR needs of a specific type of person or brand, but instead merges various industries and networks together, while blurring the definition of what a publicist actually does. However, even as he has seen success in his disruption and no-BS approach, he has heard his share of “PR Horror Stories” from individuals who were at first skeptical of going the PR-route a second time around with a new agency.

Teperman, who also wrote the best-selling PR-how-to book entitled, “Cut The Bull$hit: A Quick Guide To Getting Your Name Or Product Out There, Somewhere!“, tells us, “I have heard it all. And it sucks. There is a lot of BS out there, and I frankly hate it. A lot of firms either treat people like a quick paycheck or number or just pretend they have certain contacts within their network when they don’t. It not only makes the PR industry look bad, but it wastes time and money of people who are relying on PR to help their careers or business.”
Because some of PR involves writing/pitching, many people incorrectly think that anyone who can put a couple of sentences together is qualified to do PR, or that anyone can just send an email pitch out. Because of this, often too many times, you find people who label themselves as publicists not generating the proper results for the people who hire them; The results are often poorly written news releases, uninspired content, puff pieces that do little to interest journalists or customers, or simply no press at all.
“Public relations is all about storytelling and thinking outside of the box. That mindset is what my agency specifically is all about. You should always work with a publicist who not only understands you or what you are trying to get out there, but who knows what journalists are looking for, and how to effectively communicate your messages and engage your target audience to have them trust you. Only then will you ultimately have a positive PR experience and be able to move the needle on how you or your company is perceived. No matter the mode of delivery, whether it is through social media, paid ads, influencer/celebrity campaigns or other tactics, the art of storytelling is a key factor. As publicists we will always need to craft the narrative alongside you, as people love a good story, and that story will help lead into your other goals and objectives.”

So, is all press good press, as the old saying goes? Some publicists will say that’s true, but then ones like Teperman will tell you that simply isn’t the right mindset to have.
“If a negative story is part of your overall strategy in some way, then sure, I guess that saying can be true. I’ve seen reality stars and “villians” strive off of negative articles, depending on the topic. But I’ve also seen it countless times where just one or two negative media stories can damage someone’s reputation for years. We are in 2020, and every word is under the microscope these days if you are in the public eye. And since Tweets, posts and stories now can live on forever with the internet and social media, a damaging news article, photo, opinion or review can always come back to haunt. Google searches are a powerful thing these days, and whether or not a story is true, if it shows up, and someone has even a little doubt in you or your company from it, it could become a major problem. It’s easy to get coverage for “bad behavior” because the media is eager to cover these types of stories, but I always will suggest to clients that a better strategy is to work towards telling your positive story and get wonderful press attention for doing extraordinary things.”

Public relations has evolved drastically and blurred the lines with other industries, and no doubt this trend, too, will continue. But as Teperman tells us, so too will the trend of people simply BSing you to get your money. Just like everything in life, there are those who seek to take advantage of others in every type of industry. Always do your research and when possible, try to think outside of the box and hire those that maybe can offer you more than just the traditional way of doing PR. Whether it’s the bright spotlights of Hollywood or making it onto various Top Branding lists, you have the power to hire the people who will get you to where you want to be.
As Teperman concluded to us, “No matter who you work with or what you do, just always be relevant and authentic. People can smell BS, and it’s not a smell you want associated with whatever you are doing.”
Related Topics:#entrepreneurBrandingPublic Relations Expert
Up Next

“My success is largely due to the unique relationship I share with my fans,” says Instagram Star AJ Applegate