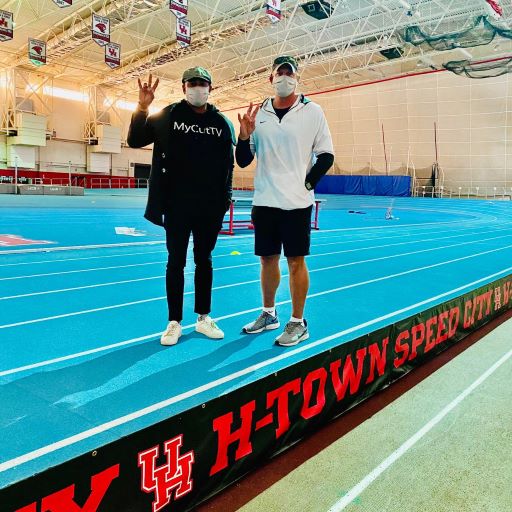 It takes an entertainment industry insider to understand how to monetize people’s creative efforts, especially in this era of social media. That’s where Indi Wijay enters the scene.

People who don’t live and work in Hollywood may not realize that executive producers are currently the ones who are making the money, from the hard work and vision of the stars actually responsible for generating the content.

This means that the individuals who do the creative work make the least amount of money. Wijay asked himself, what would be an ideal way for the real talent to start getting opportunities to make a living from their efforts?

And that is precisely the genesis of MyCutTV. It’s an online platform that anyone will find simple and easy to use.

Wijay saw many people were “looking up” at more successful influencers, but that putting these individuals on a pedestal isn’t very constructive. When you’re busy looking up, you’re not focused on the path to success that’s directly ahead of you.

Since the MyCutTV founder believes that everyone deserves a chance to showcase their talents, he wanted to make this opportunity accessible to anyone who wields a smartphone.

Approximately 69.4% of social media influencers chose this type of activity because they wanted to earn money, according to a recent report from Influencer Marketing Hub.

It also noted that 57.5% of these people want to be influencers because they want to effect change somehow, making an impact on the world. MyCutTV is made for such individuals.

Then, creators can shoot a video with their phone and then immediately post it—a common action in video sharing systems. Or they can use the app to upload a video they made previously.

Videos go out as direct messages to followers or as posts for anyone. Since creators can designate an on-demand value to their videos, they have more control over how mulch they stand to earn.

People will see your videos in their feed and you’ll see videos in yours just the same. Individuals are earning commissions when recommending videos that get views as a result.

A powerful video available in many followers’ feeds can quickly take off, going from a mere few hundred to thousands and even millions of times per second when something goes viral.

The ‘No Comments’ Method

An interesting aspect of the MyCutTV platform is there are no comments allowed. This is because Wijay has seen all too many times where people are victimized in comments sections.

Rather than promoting judgmental language, the idea is to promote positivity. He wants MyCutTV to be a feel-good app that everyone can remain comfortable about using to connect with others.

The Power of a Robust Transaction Platform

MyCutTV bills itself not as a mere social media platform, which is the route so many others have decided to take, in a saturated market. It functions as a transaction platform. You can think of it as being akin to systems like Venmo or Cash App, taking transactions and laying them over social media posts.

The more plays of a video, the more money the creator gets via MyCutTV. Creators will be interested to know that starting in September, 2021, the MyCutTV platform will begin rolling out its new reshare commissions. It is bound to revolutionize the entire social media monetization market.

When one of your followers reshare your video content to his or her 50,000 followers, say, this gives you the potential to get 50,000 new payments (this example has a video view costing just $1).

Money is distributed all along the way, with distributors always getting a cut when they share and watch people’s video content.

Influencers on the platform have an incentive to share the content a creator makes, because they get to earn a commission on these views. So everyone wins, with creator and influencer sharing in a mutually beneficial environment (even if they are physically in different parts of the world) made possible by the networking platform.

Creators Standing Out With MyCutTV

People who understand social media know that it’s an essential tool for expanding your influence and meeting the demographics you’re targeting as you build up an audience.

So creators who want to see how they can start to not only monetize their content but keep more of it for themselves through the use of a platform built for that purpose will surely want to investigate MyCutTV.

A creative influencer on MyCutTV uses the platform to see their “MyCutValue,” which illustrates their current potential earnings. While they may not make a jackpot, the influencers can still see a regular flow of money coming in as they deliver consistently good content that people want to not just watch but share.

There is even a provision to create on-demand content for people to send directly to individuals. That’s a very gratifying way for creative types to engage more deeply with true fans.

Getting Creative and Getting Paid With MyCutTV

Creative individuals who understand social media is key to their success have an advantage because it can help them work outside of the traditional power structure of the entertainment elites. They can gain more control over the content they produce by using the MyCutTV platform.

To get started showcasing your creative side to the world in a manner that’s designed to bring in a greater share of the revenue, visit MyCutTV and download the MyCutTV app today.

Related Topics:Indi Wijay
Up Next